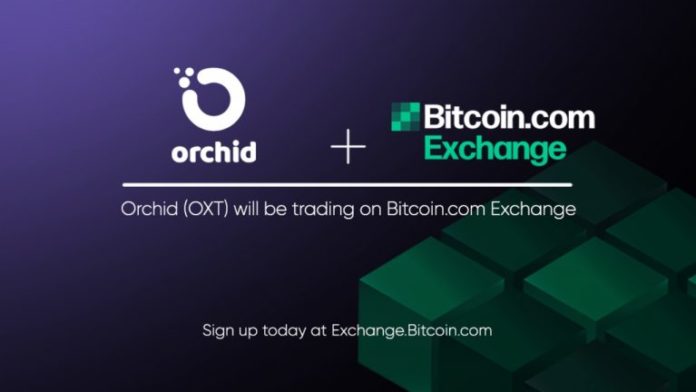 Whenever we browse the web, read news online, or purchase a new pair of glasses from an e-commerce store, we leave traces. These traces sometimes show us content that actually provides us with value, but more often the information we leave is used in concerning ways with scandals like Cambridge Analytica just forming the tip of the iceberg.

Fortunately, tools like VPNs allow everyone to easily gain more privacy and increase the security of their network connection. A VPN (a virtual private network) sends your data through an encrypted tunnel that cannot be accessed from outside. Initially especially used by companies to connect employers securely to the company network, nowadays VPNs are readily available to anyone. However, many VPNs are centralized services that themselves log and sell users’ data even while claiming not to, and that are vulnerable to being blocked and shut down, all while locking users into high-priced, long-term subscriptions and hoping they forget about the recurring payments.

One company that is working on offering a VPN solution tackling these problems is Orchid. Orchid offers a decentralized VPN service built on the Ethereum network and powered by the Orchid network.

To use Orchid’s VPN you can simply download it for Android, iOS (currently in Testflight), macOS, Linux, and soon for Windows. To get started, just fund your wallet with Orchid tokens and you’re good to go. The app acts as a VPN client that allows anyone to start using the VPN services by connecting them to a pool of decentralized bandwidth providers.

The network consists of users on one hand who want to access the VPN services and bandwidth providers that are running network nodes and providing the bandwidth on the other hand. To bring those two together and align their interests, Orchid has issued the orchid token (OXT). The token allows users to pay for services on the go, and bandwidth providers stake Orchid tokens as a reward for acting as a network node. All nodes run a software VPN daemon that speaks the Orchid protocol and is registered in a node registry. This registry is stored in an Ethereum smart contract, accessible to anyone, and allows the app to find servers and different geolocations in the decentralized network of providers.

Unlike other VPN services where you have to pay on a subscription basis, Orchid allows you to pay only the bandwidth you actually use when you use it. This is made possible by a technology called nano payments. As the name suggests, these are tiny fractional payments and as you can imagine, wouldn’t be feasible on Ethereum’s layer 1. Therefore the team behind Orchid developed their own technology loosely based on a technology that was already developed in the 90s: probabilistic nano payments. Probabilistic nano payments aim to reduce the transaction costs on small payments by amortizing these costs across users and transactions. In Orchid, instead of sending $1 directly to a node a ticket with a 1% chance of winning, $100 is sent. Once the ticket has been verified by the node, it holds cryptographic proof of being paid. The chance of winning is entirely random and can be influenced by neither the user nor the node. Only when a ticket is winning is the transaction recorded on the public Ethereum blockchain.

By operating this way, Orchid remains highly scalable, fast, and user-friendly. You won’t have to wait for your payments to go through. When using the Orchid App, the default setting is a single-hop circuit configuration, which protects you from websites seeing your IP and your ISP from seeing which websites you access, and you can enjoy the internet without any ISP firewall restrictions.

For an even higher level of privacy, you can choose the advanced feature of a multi-hop configuration, that ensures that no one bandwidth provider could put together a full picture of your activity, adding an extra layer of protection from having your data or identity known.

All in all, Orchid is an easy-to-use privacy-enhancing VPN that combines the benefits of a decentralized network with a cryptocurrency and a p2p marketplace of bandwidth providers to empower anyone to more securely and openly access the web.

The Orchid token (OXT) will be listed on the Bitcoin.com Exchange on Wednesday, August 5th, at 10:00 am UTC with OXT/BTC and OXT/USDT trading pairs.

Orchid takes a new approach to digital privacy with the first peer-to-peer, incentivized privacy network. On the network, anyone can buy and sell bandwidth using the Orchid digital currency (OXT). Users can browse privately and access content without being limited by their geography. With its decentralized design, multi-hop architecture, and Open Source ethos, Orchid offers users unprecedented digital privacy in a trustless context.

Genesis Capital said Tuesday that its total number of loans outstanding more than doubled to $1.4 billion for the second...