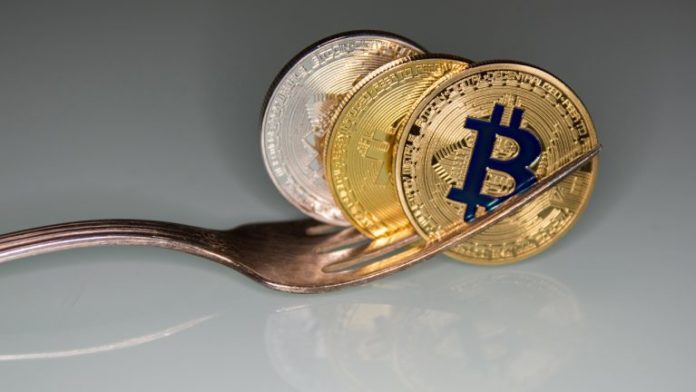 Since the summer of 2017, more than 44 forks of the Bitcoin network were created and so far many of them have lost considerable value and are near worthless. To-date only a few of the forks that stem from Satoshi’s creation have remained relevant during the last three years.

There are three branches of Satoshi Nakamoto’s codebase that have commanded top positions within the top fifteen coins in the crypto coin market economy. Bitcoin (BTC), Bitcoin Cash (BCH), and Bitcoinsv (BSV) have all been top contenders for quite some time. Between the price, onchain activities, and community size only these three branches have data worth calculating.

Out of the $335 billion market cap stemming from all 7,600+ crypto assets, BTC captures 58% of the valuation, while BCH commands 1.2%. BSV’s market cap dominance on Sunday, September 20 is 0.83% Meanwhile, over 40 other Bitcoin network forks that were born after August 2017, have lost significant value during the last two years. In 2017, just before the all-time price highs in the crypto economy, a great number of individuals and organizations decided to create forks from the BTC network. That year if you participated in the crypto economy, you surely heard about all the forks, snapshots, and airdrops that took place during the 12-month timeframe. Each and every one of them had a unique name tied to the word “bitcoin,” and they all offered some benefits that BTC does not offer network participants.

The list goes on and on and most all of these coins besides the top three branches have shuddered in value during the last two years. Before launching these forks the creators told the public that every fork had a special purpose.

For instance, bitcoin gold (BTG) was supposed to make bitcoin mining decentralized by trying to bring CPU mining back to the codebase. Essentially, BTG changed BTC’s consensus algorithm from SHA256 to Equihash but quickly learned that the chain was far less secure.

Just like the Ethereum fork (ETC), bitcoin gold has been 51% attacked on various occasions since it was born. A recent study shows that a single BTG whale controls more than half the supply and the 51% attacks have caused the coin to get delisted from prominent exchanges.

Bitcoin gold is down 98.32% from the coin’s all-time high of $484 three years ago. The crypto asset has 898 KH/s of hashrate securing the chain but the cloud mining operation Nicehash controls 52.24% of the BTG hashrate on Sunday, September 20, 2020.

Another BTC fork project called bitcoin private (BTCP) told the public the coin’s benefits would be privacy features called zk-snarks. BTCP is down 98.8% since it’s ATH at $$86 two years ago and today the cryptocurrency is swapping for $0.10 a pop.

A BTC fork called bitcoin god (GOD) created by the well-known Chinese cryptocurrency investor, Chandler Guo, is down 99.9% since the coin’s ATH on January 13, 2018.

“Bitcoin God (GOD) will be forked off the main bitcoin chain at the block height of 501,225, which will happen on December 25th to be symbolic of me giving candy to all bitcoin holders,” Chandler Guo said via Twitter. Unfortunately, even though Chandler Guo shot for Christmas day, the fork at block height 501,225 happened two days later on December 27, 2017.

One of the early BTC forks born on November 24, 2017, called bitcoin diamond (BCD) is down 99% since the cryptocurrency’s ATH. Data shows that BCD’s highest price point was the day after it was born at block height 495,866.

At this time (11/25/17), BCD traded for $99 per coin and has steadily declined in value ever since that day. Interestingly enough, BCD is still worth $0.57 per coin and on Saturday, September 19, BCD saw a million dollars in trade volume. The bitcoin diamond trade volume globally is much larger than GOD’s $24 worth of swaps during the last day.

Each and every BTC fork, snapshot, and airdrop that is still trading on exchanges for a small amount of value can still be acquired today. However, most major cryptocurrency exchanges do not support these small market cap BTC forks unless they have decent liquidity.

Smaller crypto trading platforms, however, do still support these coins and it’s possible to still trade them for a fraction of value. Although, news.Bitcoin.com has reported on various occasions on how obtaining forked assets can be a “long and annoying process.”

What do you think about the large list of Bitcoin network forks that have seen massive losses in value since the all-time price high? Let us know what you think about this subject in the comments section below.

The post Over 40 Bitcoin Forks Are Down More Than 98% Since 2017’s Forking Fiesta appeared first on Bitcoin News.

While Bitcoin has been relatively stagnant over recent days, top coins in the decentralized finance have been undergoing strong corrections....