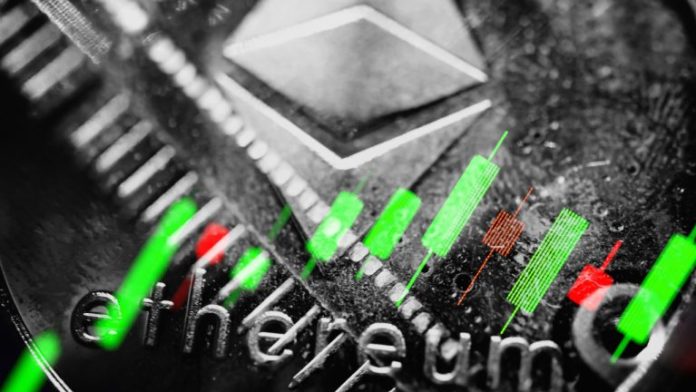 More than 90% of ETH’s circulating supply is now in profit. The last time this level was observed was in early 2018 when the price of the cryptocurrency was $925.

Research and analytics firm Glassnode reported Monday that the percentage of ETH’s supply in profit has reached a level not seen since early 2018. The firm tweeted:

Over 90% of the circulating ETH supply is now in a state of profit, i.e. the current price is higher compared to the price at the time the coins last moved.

“Last time this we saw this level was in Feb 2018 when the ETH price was at $925,” the firm continued. The price of ETH has been surging significantly over the past weeks, rising about 47% since July 23. At the time of this writing, the price of ETH stands at $390.63, having breached the $400 mark.

Anthony Sassano, co-founder of Ethhub.io, believes that “At this stage of the cycle I’d say that it’s very bullish,” he tweeted, emphasizing that “Over 90% of the current supply of ETH is now considered ‘in the money’ aka in profit.”

The Spartan Group’s co-founder, Kelvin Koh, commented: “The strong move in ethereum has to do with the upcoming ETH 2.0 launch which is a major catalyst. Every phase of ETH 2.0 over the next 2-3 years brings Ethereum closer to its final state and will be catalysts for ETH.”

Furthermore, news.Bitcoin.com recently reported that the total value locked within the decentralized finance (defi) ecosystem had surpassed $4.22 billion. The value is currently at $4.32 billion. A very large portion of defi applications, tokens, and platforms are hosted on the Ethereum network; defi’s massive growth has contributed to the significant rise in the price of ETH.

What do you think about 90% of ETH’s supply being in profit? Let us know in the comments section below.

The post Over 90% of ETH’s Supply Now in Profit appeared first on Bitcoin News.