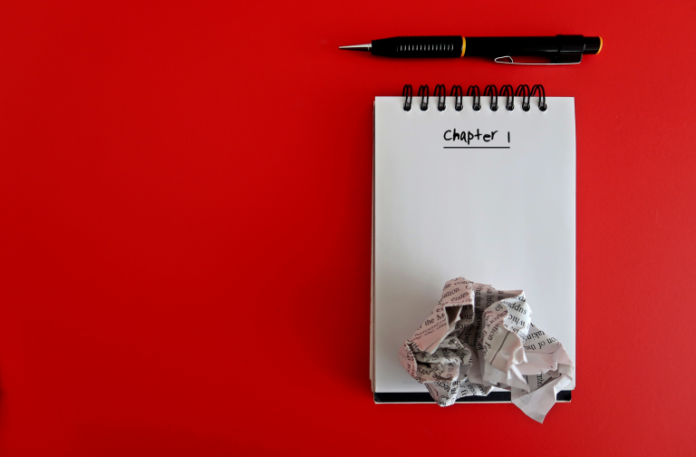 As Director of Business Development for popular crypto exchange Kraken, when Dan Held speaks, people listen. As such, his recent 46-tweet diatribe on why the “payments narrative” for bitcoin is flawed grabbed the attention of many, tickling the ears of hardcore Lighting Network fans and bitcoin core maximalists alike. His argument is prima facie absurd, not to mention misleading.

While constantly proselytizing folks about the “true meaning” of the bitcoin whitepaper is a waste of time, there comes a point where an interpretation emerges so wildly misinformed and grossly inaccurate it deserves an address. Enter Held’s recent Twitter storm.

For the purposes of this breakdown, Dan Held‘s broad assertions that bitcoin was not created to be a competitive payments system, or peer-to-peer cash, will be addressed according to his major claims.

Claim 1: Bitcoin Was Built to Be a Store of Value

Held writes: “Bitcoin was purpose-built to first be a Store of Value (SoV).” Yet the very first line of Satoshi’s bitcoin whitepaper reads:

“Bitcoin: A Store of Value System,” isn’t there. Held misconstrues Satoshi Nakamoto’s well-known comparisons of bitcoin to gold, and takes them to mean the SoV narrative is most important, payments be damned. But it’s critical to note that any relatively sound, widely utilized means of payment will eventually become a store of value. Satoshi understood this well, as his own words will later demonstrate. Held’s next several tweets attempt to prove, however, that Nakamoto didn’t view BTC as cash. He quotes Nakamoto from some of his well-known forum posts:

In the above quote Satoshi does compare bitcoin to gold in terms of scarcity, but emphasizes: “And one special, magical property: can be transported over a communications channel.” So the whole magic of bitcoin is exchange. Nakamoto goes on to note in the same post that use as cash for payments could be what gives bitcoin its value in the first place:

Maybe it could get an initial value circularly as you’ve suggested, by people foreseeing its potential usefulness for exchange.

Claim 2: Bitcoin Was Not Designed to Replace Payment Systems Like Visa

In some of the very forum posts Held references, Nakamoto writes:

The root problem with conventional currency is all the trust that’s required to make it work … We have to trust them with our privacy, trust them not to let identity thieves drain our accounts. Their massive overhead costs make micropayments impossible.

Satoshi is clearly presenting bitcoin here as an alternative to conventional currency, and not as some weird store of value built without a use case. He even goes so far as to mention micropayments. One would be hard pressed to find the last time gold was suggested for such a thing.

Tweet 10 of Held’s exposition finds the exec making leaps in logic which would impress even the most limber of mental gymnasts. He quotes Nakamoto pointing to scarcity as a value proposition, and then runs wild. The logic is as follows: Bitcoin has scarcity — Visa does not — thus bitcoin was not meant to be a payment system like Visa.

But why does scarcity rule out something being an effective payments system, especially when bitcoin is digital and divisible? Most of Satoshi’s antipathy toward the banking system which Held himself acknowledges repeatedly is targeted at this very same lack of scarcity and security, engendering corruption.

With the 2008 financial crisis, trust had been lost in a world that ran on trust. Bitcoin was launched in a time of absolute necessity, Satoshi planted the seed at precisely the right moment. The world didn’t need a new VISA, they needed an alternative to banks. Now Held just begins inserting his own definitions into the whitepaper. Cash is no longer cash, in the common sense, but we’ve taken an etymological dive into the French roots of the word and been shown it simply means “money box” which is, duh, a store of value. Checkmate, payments enthusiasts.

The problem here is further exacerbated by a strange comparison of bitcoin to a bearer asset. As legal operations specialist Rob Henham pointed out back in 2016:

Holding bitcoins does not give that bitcoin holder any rights against the issuer of bitcoins (the bitcoin protocol) or to any other underlying asset. Although bitcoin is extraordinary in many ways, it is just a plain asset whose value is determined intrinsically, rather than by reference to another underlying asset.

Held then steps back, takes a deep breath, and prepares for his final show of flips, somersaults, balance-beam cartwheels and swirling, colorful ribbons by claiming that bitcoin isn’t peer-to-peer, and should have been made inflationary. Claim 4: Bitcoin Isn’t Peer-to-Peer, Should Have Been Inflationary If Meant for Payments

In tweets 22-25 Held quotes creator of litecoin Charlie Lee as saying: “Bitcoin isn’t ‘peer-to-peer.’ Payments are sent from sender to miners, who record it on a distributed ledger … Lightning network payments, on the other hand, are p2p payments. They are sometimes direct p2p, sometimes indirect p2p. LN payments have to be sent from p2p to get from the sender to the recipient. Both have to be online, just like other p2p networks like BitTorrent.”

Apparently the goal is now for there to be trusted third parties in the middle of transactions again, who can drop out unexpectedly just like banks and other payment services. Because, reasons, and Satoshi. The bitter irony wasn’t lost on all readers of the thread, one of whom commented:

Held fails to note that miners are not payment processors in any sort of traditional sense. They merely record things into the network. @zbingledack retorts:

In tweet 31, Held makes the stunning claim that “If Satoshi wanted Bitcoin to first be used as a medium of exchange to purchase goods and services, he would have made it inflationary. People don’t spend deflationary currencies when they can make the same purchase in infl. curr.” In other words, “just use a credit card, bro.”

If one were take a time machine and ask Austrian School economist Carl Menger about Held’s ideas, he may have been shocked. After all, gold became a strong store of value after millennia of use as a commodity and money, not the other way around. Payments, in other words. Held says bitcoin doesn’t work as a medium of exchange right now, but it will at some point in the future. “People pushing the MoE narrative at this moment in time are counterproductive to adoption,” the Kraken exec claims.

He then posts a graph showing a steady rise in merchant adoption until BTC’s momentum as cash was effectively killed by congestion, high fees, and refusal to increase the block size. None of this is mentioned in the thread, of course. Like most exercises in sophistry, the ramble goes on to confidently pretend this was always the design from the start, claiming Satoshi simply advertised bitcoin as a medium of exchange to garner support: To sum up: Satoshi Nakamoto knew bitcoin couldn’t be a medium of exchange, but decided to pitch it exactly as that anyway. “Cash” really means “store of value” in English because that’s what the root word means in French. “Peer-to-peer” really means a settlement layer depending on third parties who must always be online. Bitcoin was never meant to contend with payment systems like Visa, even though Satoshi mentioned micropayments and directly said himself:

The existing visa network processes about 15 million Internet purchases a day worldwide. Bitcoin can already scale much larger than that with existing hardware for a fraction of the cost. It never really hits a scale ceiling.

Whatever motivations Held had for posting this thread, it certainly is remarkable, and seems further evidence of how far some tribalist narratives can stretch, complicating even the simplest of ideas, in praise of the almighty Lightning Network and maximalist religion.

What are your thoughts on Held’s Twitter storm? Let us know in the comments section below.

The past few days have given off even more indicators that bullish attitudes have returned to the bitcoin and wider...