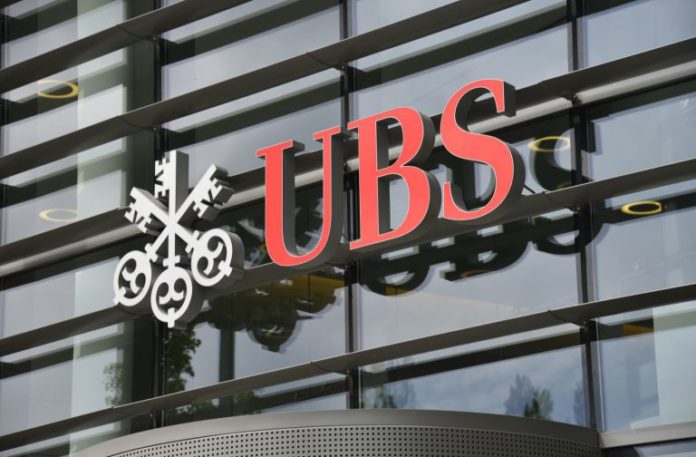 With the recent Union Bank of Switzerland (UBS) announcement that even more customers will be charged to hold money in their banks, people are scrambling to find ways to preserve their wealth, while USB and others scramble to dam the losses resulting from national negative interest rate policy (NIRP). The relatively recent experiments with NIRP worldwide, combined with ongoing trade wars, have many concerned, and some running to hedge their bets with crypto.

Also Read: Currency War Erupts as US and China Bring Out the Big Guns

Pay to Play at UBS

Even more customers will now be charged to park their money at UBS, the bank announcing August 6 that negative interest rates will be extended to deposits of over 500,000 euros (about $560,000), where the previous trigger point was set at 1 million euros. Fighting the national interest rate of -0.75%, Swiss banks are competing to keep customers while also struggling to tread water themselves, being dinged by central bank policy if they hold too many Swiss francs or euros.

UBS will charge an annual fee of 0.6% to these customers, with other Swiss lending and wealth management groups also employing similar strategies. Credit Suisse, for example, will launch a 0.4% fee from September. Depositors are currently being encouraged to soften the blow by moving their money into foreign fiduciary call deposits and investing in equities and bonds.

While banks have commonly charged large institutional accounts in similar fashion to hold cash, wealthy private accounts have not been traditionally targeted, for fear of losing customers. Now that countries across the globe are experimenting more and more with cut rates and NIRP, however, many institutions are caught between a rock and hard place, trying to please customers while also accommodating central bank policy. Telling depositors in essence, “invest or get out,” isn’t really conducive to business. In July, news.Bitcoin.com reported on Sweden Central Bank governor Stefan Ingves pondering a potential -1.5% rate for the country, and the negative yielding bonds of both Sweden and Denmark (with record low yields being set in the latter). While Swedish banks still navigate a -0.25% national interest rate, the relatively new global experiment with NIRP is becoming further entrenched in the Eurozone, as German banks (Skatbank being the first back in 2014) now commonly charge wealthy depositors to hold their cash. Some predict these policies will soon extend to everyone, not just the wealthy.

German bonds are in trouble, too. The nation set a new record last week for negative yielding national bonds on August 2, with 30-year bonds yielding -0.006% for the first time in history. There’s a double whammy effect in NIRP-centric countries like Germany as well, due to a rising consumer price index (CPI) coupled with the negative rates charged by lenders. In effect, value holders pay for inflation as well as the negative rates, resulting in even greater losses for painfully hanging on to cash.

Japan’s national interest rate of -0.1% is pressuring lenders severely, compounded by social factors such as an aging population, ongoing pension crisis, and declining birthrate. Smaller lending institutions are disappearing, and often have no choice but to consolidate. Two small lenders based in Japan’s rural Niigata prefecture — Hokuetsu and Daishi Bank —issued a joint statement in 2017 claiming:

Under the nation’s extended monetary easing policy, our lending margin and profits from securities investments are expected to shrink.

Japan’s proliferation of smaller, regional banks has suffered a 22.9% decrease in net income year on year as of March 2019, while major banks report a loss of 23.4% for the same period, with Japan’s Financial Services Agency (FSA) directly citing the “near-zero interest rate environment in Japan” and “overall increase of credit-related costs.” Banks in Japan simply cannot afford to charge customers more to offset the low national rates. Denmark’s foray into the NIRP landscape began very early, back in 2012. With a current national rate of -0.65%, it’s perhaps not surprising that mortgage rates have just hit all-time lows. While many in the real estate business are hyping the good deals for those in the market, others are not so sure about the zero percent, or in the case of Jyske Bank, even negative rates. After all, the reason for the introduction of NIRP and quantitative easing was to combat the effects of 2008’s economic downturn, with easy real estate credit in the U.S. being the precipitating factor for the ensuing global crisis. UBS CEO Sergio Ermotti shares similar concerns on NIRP and quantitative easing policies, stating in a recent TV interview:

I’m not very convinced that the medicine that has been prescribed in the past of just quantitative easing is the solution of the problems in Europe … We are at a risk of creating an asset bubble.

While Americans may be tempted to view the NIRP problems of other countries as remote or even irrelevant, recent events predict the movement of negative rates possibly into the U.S., Australia, and New Zealand in the not-so-distant future. US, Australia, and New Zealand

Mortgage rates are also falling in New Zealand, whose central bank just slashed the national interest rate to a record low 1% on August 7. The Reserve Bank of New Zealand issued a statement explaining the cuts, declaring “In the absence of additional monetary stimulus, employment and inflation would likely ease relative to our targets.”

Australia’s interest rate remains unchanged since being cut in June from 1.25% to 1%. Citing the current trade war between the U.S. and China, in a statement issued by the Reserve Bank of Australia (RBA), governor Philip Lowe stated that “Long-term government bond yields have declined further and are at record lows in many countries, including Australia. Borrowing rates for both businesses and households are also at historically low levels. The Australian dollar is at its lowest level of recent times.”

As for the U.S., the Federal Reserve has just jumped back into the price slashing action, lowering rates for the first time since the 2008 crisis, from 2.5% to 2.25% on July 31. When pressed about the policy change in the context of trade and tariff disputes, Fed Chief Jerome Powell remarked to reporters at a press conference:

There isn’t a lot of experience in responding to global trade tensions. So it is something that we haven’t faced before and that we are learning by doing. Investors Fight Back With Bitcoin

Like the Australian dollar, the Swedish krona reached new lows recently, dropping to levels not seen since 2009 this week. It stood at 9.58 against the dollar on August 7. Selling negative yielding bonds does not seem to be providing significant relief to the Norse nation, either. With the global trend toward cut rates clear to see, and no clearly visible or immediate way out via centralized policy, some investors are turning to decentralized money for protection.

Unlike fiat that people are now being charged to hold, many crypto tokens are decentralized and limited in supply, and thus not subject to the whims of central banks or politicians and their reckless inflationary policies. Fundstrat co-founder Tom Lee recently remarked in an interview with Fox News:

Bitcoin’s becoming increasingly a macrohedge for investors against things that could go wrong. Rate cuts are adding liquidity. Liquidity is pushing money into all these risk assets and also hedges, which is helping Bitcoin.

As the global effort to bring balance to wobbly Keynesian economies stumbles along, and more and more central banks approach planet NIRP, smaller banks and their customers are left feeling the crunch, and having to make tough choices as to where to place their value. Individuals holding fiat are now asking themselves, ironically, if having money is actually worth it.

What are your thoughts on negative interest rates? Let us know in the comments section below.

The Bitcoin price (BTC/USD) remains within striking distance of the $12,000 mark after overcoming a couple of drops over the...