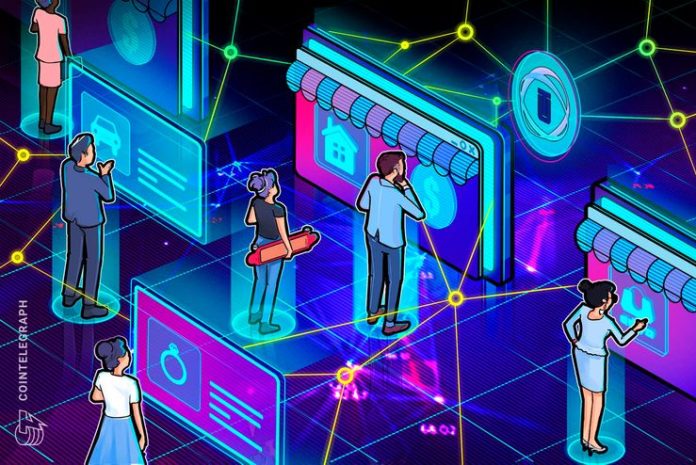 A Swiss startup company is attempting to make using cryptocurrencies for online transactions as simple and safe as using PayPal.

The main accusation of the mainstream media against crypto is that it is “a currency that is hard to spend.” Even though, according to CNBC, the total worth of Bitcoin spent on merchant services has increased to $190.2 million in 2017, from $9.8 million in 2013, however the market is still in its infancy. According to a study published by the Bank of Netherlands in February 2018, only two percent of online retailers accepted crypto, in spite of “substantial” interest.

The UTRUST API is aimed at online and point-of-sale crypto acceptance worldwide. This set of tools will also include a conflict mitigation system, chargeback protection, and a proprietary cryptocurrency which increases purchasing power within the platform. While UTRUST has their sights set on assisting global retailers in the use of crypto it has decided to launch its business in Europe.

The company has signed strategic partnerships in Europe to establish a “beachhead” for further expansion. One such partnership is Gambio.de, a German e-commerce solution provider with more than 25,000 online stores. According to UTRUST´s estimates, Gambio-powered stores generate about 30 percent of e-commerce revenue in Germany and therefore are in a powerful starting position for UTRUST to expand across the continent.

UTRUST says these partnerships mean that from the first day of operation, thousands of merchants will be able to accept cryptocurrencies in a simplified way, while receiving fiat currencies in their bank accounts. Furthermore, UTRUST customers will have access to a proprietary digital wallet which allows zero fee transactions. The company believes, the large amount of merchants will offset the lower figures of cryptocurrency use, gaining UTRUST a substantial foot-hold in the on coming crypto economy. The company intends to help all businesses it interacts with, and rise with the tide of cryptocurrencies.

“In three years, you will be able to pay online [with cryptocurrencies] at major vendors. This will come offline in another five years,” said Filipe Castro, UTRUST’s Chief Information Officer and co-founder,  Cointelegraph. “I am a strong believer that in the future, in ten years, you will have state–issued cryptocurrencies from major economies”, – added Mr. Castro. And at that moment, UTRUST expects to be already there for them “on the ground”.

UTRUST protocol also has a built-in mechanism for dispute resolution. Specifically, UTRUST arbiters may step in to mediate between the buyer and the seller, if they don’t agree on a refund or release of funds in 30 days.

While several companies like BitPay or Coinbase have risen to the challenge of bridging the gap between crypto and traditional vendors, UTRUST differentiates itself as “the first cryptocurrency payment solution to offer instant transactions, buyer protection, and crypto-to-cash settlements.” In a marketplace which is often seen as too volatile for both merchants and users, an offer to bring peace of mind to both may indeed make a difference.

UTRUST hopes to become the “PayPal of Crypto” by offering protection for both buyers and sellers. It also provides the added benefit of refunds paid in crypto in case of a dispute. Also, while PayPal protects only physical goods, UTRUST extends its security proposition to include services, too. UTRUST recently announced that the former eBay head of European partnerships and Head of Marketplaces and Large Enterprise Partnerships for PayPal in the U.K, Sanja Kon, has joined the company. UTRUST believes that this addition to the team will lend much needed traditional e-commerce expertise in bridging the gap between digital and fiat currencies.

The company says, this, combined with 1 percent merchant fees, promises to trigger a feedback cycle of more customers bringing more merchants into cryptocurrency, and so on ad infinitum.

UTRUST was successfully funded with $21.3 million in crypto in 2017, it is slated for commercial launch in Q1 2019. So far, the company says its roadmap is ahead of schedule.  It is the belief of the company that its dispute resolution system, one percent merchant fees, and simple interface will be enough to bring merchants and customers into the global crypto ecosystem.

The biggest value of a distributed ledger is transparency

About our IOTA based logging system for pact.online The Reason Chances are that when you read or hear about distributed...