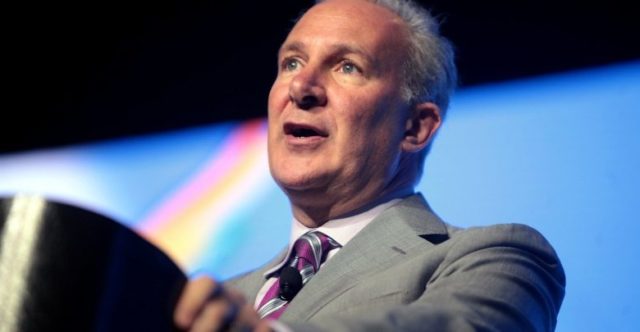 Gold-bug Peter Schiff says he’d like bitcoin bulls to convince him how the top-ranked crypto is superior to gold as a safe-haven asset.

Give Me Reasons To Like Bitcoin As I Accumulate 1BTC

Tweeting on Tuesday (July 9, 2019), Schiff declared his openness to being enlightened about bitcoin’s superiority over gold. An excerpt from the tweet reads:

I’m inviting people to try to change my mind on Bitcoin. Feel free to take a shot. You never know you may convince me that I’m wrong. My mind is open.

I’m doing a bitcoin challenge live on my YouTube channel on Monday night. I’m inviting people to try to change my mind on Bitcoin. Feel free to take a shot. You never know you may convince me that I’m wrong. My mind is open.

The market forecaster and chairman of SchiffGold — one of the largest international precious metal dealers, has a history of denying the prominence of BTC.

This stance hasn’t stopped Schiff from keeping a bitcoin wallet. SchiffGold even adopted BTC as a payment method.

From calling bitcoin worthless back in 2017, Schiff has moved on to declaring that BTC does have some appeal but governments could shut it down easily.

Since sharing his BTC address, the veteran gold-bug has received over $2,000 in bitcoin donations. These donations have been much to the chagrin of some commentators who say there are more deserving people who should receive these donations.

For Schiff, the open challenge to people to change his mind about BTC is a payback for the donations received thus far.

Gold-bugs and bitcoin bulls do, however, have a point of consonance. Both sides believe there is an imminent market crisis.

These forecasts come even as the economy appears to be stronger than it has been in recent times. However, many expect the Federal Reserve to adopt a more dovish monetary policy which could have serious implications for the market going forward.

Speaking to CNBC earlier this week, David Roche of Independent Strategy predicted that gold could reach $2,000 before the end of the year. The price of gold is up almost 10 percent since the start of the year, even briefly topping $1,400 at the back end of June — a multi-year high.

For bitcoin bulls like Anthony Pompliano of Morgan Creek Digital, any market situation that takes gold to $2,000 would cause an even greater parabolic rise in the spot price of BTC.

As previously reported by Bitcoinist, Max Keiser believes BTC can easily move 25-30x faster than gold. For Keiser, the smart money will choose to use bitcoin as a hedge once the Fed goes dovish.

Do you think bitcoin will replace gold as the de facto store of wealth? Let us know in the comments below.

The post Peter Schiff Inviting People To “Change His Mind On Bitcoin” appeared first on Bitcoinist.com.

There Are Now More Ways Than Ever to Invest in Crypto

Bitcoin’s recent price boom has spiked interest in crypto, hailing a new wave of adoption that creates a kind of...