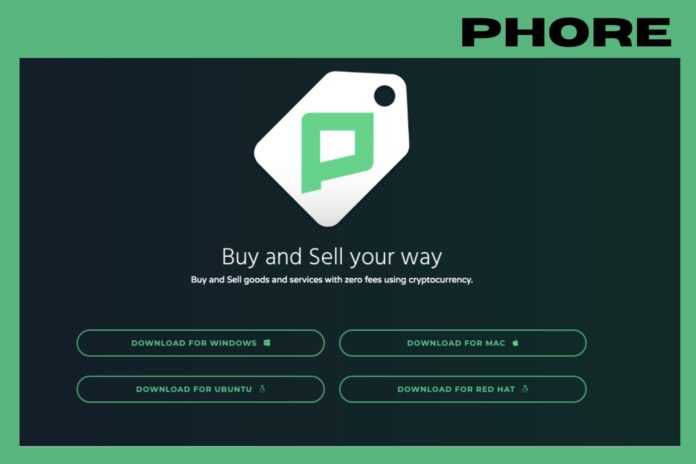 The e-commerce industry is expanding at a very rapid pace and will continue to do so over the next decade. While the industry has come this far, it is still dominated by a few centralized players to a large extent.

The Phore blockchain is committed bringing an important shift to this existing structure by introducing the concept of decentralization. Phore has created its own Decentralized Marketplace to enable peer-to-peer e-commerce between the buyers and the sellers.

In the latest development, Phore has introduced a new web browser to its Decentralized Marketplace. The Phore Marketplace Browser helps users drastically improve their accessibility and enhance the user experience.

The Phore Marketplace is now accessible to anyone and everyone from any of the internet browsers of their choice.

The Phore Marketplace looks like a professionally designed e-commerce with currently 69 product listings along with its price. The menu on the left panel will help shoppers to apply filters of their choice and quickly search their desired products.

Upon landing at the Phore Marketplace, you will first see all the product listings in USD as the default option. However, the top left section shows an option to toggle the display currency. Thus, the users can select other currencies like GBP and EUR along with some cryptocurrencies like BNB, BTC, DOGE, ETH, PHR, RDD.

The release of the Phore Marketplace Web Browser will certainly give a major boost to the mainstream adoption of the Phone blockchain and its native cryptocurrency PHR. Besides, this is also a major step towards pushing mass adoption of cryptocurrencies while bringing users for daily purchases.

With the recent launch, the Phore Marketplace is now accessible to all 4.5 billion internet users worldwide.

A Few Things About the Phore Marketplace

As said earlier, Phore blockchain aims to transform the e-commerce industry using the power of decentralization and establishing a direct link between worldwide merchants and buyers.

Phore’s blockchain-based ecosystem will ensure that the user data is completely protected and transaction data is safe.

Unlike other traditional marketplaces, the Phore marketplace has no product listing fee and no platform fee. The marketplace also allows merchants to sell almost anything including music, apparel, eventual homes, foods and beverages, etc.

The Phore blockchain also provides high-end privacy to secure transactions and protect the buyer’s interests. Furthermore, it makes sure that no user data is collected or sold. The Phore Marketplace provides password-protected security as an additional security layer.

The blockchain has also got its own private messaging system which allows buyers and sellers to directly communicate with each other.

Transactions on the blockchain happens through its own wallet that is available on several platforms like Mac, Windows, Linux, etc.

Read other article about Phore here –>