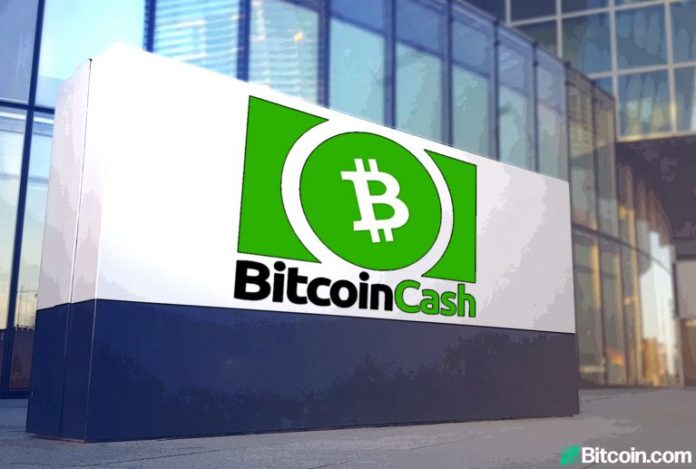 At the Bitcoin Cash City conference in North Queensland, the CEO of Code Valley, Noel Lovisa, announced plans to build a $50 million dollar Bitcoin Cash tech park in the city of Townsville. The plan is to aggregate startup companies and there are more than 12 Bitcoin Cash focused startups already on board. Additionally, the BCH tech park creators aim to create a sister project with a mining and server facility built near the Kennedy Energy Park.

Over the last two years, many BCH proponents have heard about the city of Townsville on the coast of North Queensland, Australia. The city is well known for its dense population of BCH supporters and the 78 bitcoin cash accepting merchants. On Sep. 4-5, Townsville hosted the first annual Bitcoin Cash City conference, a BCH-centric event in a city full of supporters, developers, and BCH retailers. During the two-day event, participants heard from Code Valley team members like senior software engineer Mark Fabbro and CEO Noel Lovisa. The two discussed a subject called Emergent Coding which is essentially a software supply-chain or global compiler network that will work in concert with the BCH chain. “If the “utility of BCH is going to be an international currency then at some point we’ve got to get the global economy using bitcoin cash,” the Code Valley CEO insisted during his talk at the event. Lovisa also told conference attendees that emergent coding will bring “a serious amount of economic activity onto the Bitcoin Cash blockchain.”

Lovisa further said that with emergent coding, the company didn’t want to stop there and aimed to leverage the benefits of Bitcoin Cash City as much as they could. So the company formulated a plan to create a Bitcoin Cash tech park based on Emergent Coding technology in Townsville. In Lovisa’s eyes, Townsville has an edge on adoption already and the city is “a year or more ahead” than most urban areas. The Code Valley executive told the event participants that a tender came up from the city for the redevelopment of the North Rail Yard and they won the tender. This means the project will partner with the city to develop the tech park Lovisa revealed. After the Bitcoin Cash City conference, news.Bitcoin.com spoke with Lovisa to get more information about the BCH tech park in Townsville.

Bitcoin.com (BC): How did the Bitcoin Cash City Conference turn out?

Code Valley CEO, Noel Lovisa (NL): When all the delegates are eager to return next year for the 2020 Bitcoin Cash City Conference, I think you can say it was successful. A combination of a location in sunny North Queensland, extraordinary Bitcoin BCH adoption and differentiation such as a helicopter scenic built into the premium ticket, together with a great organizing effort managed to attract all the big names for speakers and sponsorship. It was really fun for a conference to walk the talk too with tickets in BCH, flights in BCH, accommodation in BCH, food, taxis, etc. We are planning a much larger event next year built upon this successful model.

BC: Can you tell our readers what initiated the planning for a $50M Bitcoin Cash Tech Park to be built in North Queensland?

NL: A North Queensland innovation called Emergent Coding is the fuse that lit the BCH tech park tender proposal. Emergent Coding is a distributed software development technology which trades the ability to specify completely bespoke software for extraordinary advances in software design speed, cost, native performance, and resource usage. Emergent Coding solves software’s “double-spend” problem to permit the first feasible developer specialization. It aims to combine the world’s 30 million developers into a single cohesive unit that designs software. Since these 30 million developers are spread around the world, Bitcoin Cash is ideal for rewarding these developers for their design contributions.

With such a large innovation and recognising the many startups moving into the Emergent Coding space, it was decided that a Bitcoin Cash tech park would be the ideal vehicle to anchor much of the development benefit for North Queensland. When the City’s North Rail Yard redevelopment tender came up, and given the Rail Yards are the traditional tech center of the city circa 100 years ago, making it the modern tech center of the city while preserving these heritage-listed buildings of the original yards seems like an unbelievable opportunity. While we have won the tender, there is still much to do before we can make the Bitcoin Cash Park a reality.

BC: When is the BCH tech park project starting?

NL: It has been a very exciting year with our tender application initially being shortlisted, then winning the right to partner with the city on the project. Presently we are racing to reach a heads-of-agreement before Christmas as the local government goes into caretaker mode ahead of the election next year. While the site is complicated by the heritage aspects, we have put an experienced team together and expect to begin construction mid next year.

BC: During your talk at the Bitcoin Cash City conference, you mentioned 12 Bitcoin Cash focused tech startups in the area are involved with this project. Which BCH startups are included in this list?

NL: Leading the startup list is Code Valley Corp P/L and Aptissio Australia P/L, with the latter securing about $1 million in its first seed round and already delivering their first Bitcoin Cash products into the market. Aptissio’s focus is about applying Emergent Coding to BCH software development and they already have more than 700 Emergent Coding Agents online in addition to Code Valley’s 1,400 Agents. Aptissio hopes to field a BCH full node in the near future which may well be the most exciting Bitcoin Cash development since the fork.

It promises to amplify BCH developer productivity, provide a new developer funding model which excludes the possibility of capture, eliminates duplication of effort intrinsic in incumbent development, and much more.

But coming back to your question, Aptissio may be the leader and furthest along with the application of Emergent Coding, however there’s Echt Fin P/L, Lexcode legal P/L, Bitcoin BCH P/L, Townsville Mining P/L, Appening P/L, Cyclone AI P/L, SatoshiwareNQ P/L, Townsville Technology Precincts P/L and several beginning to appear in SOCAL such as Straya LLC, Coactive Blockchain LLC. These startups are in various stages of funding and active development and all in the Emergent Coding Bitcoin Cash space.

BC: Can you tell our readers about the mining and server facility to be built near Kennedy Energy Park?

NL: The sister project to the BCH tech park is the server complex. Emergent Coding has a vast need for server capacity to support its design agents and is dependent on Bitcoin Cash, so we want to support the Bitcoin Cash network with some domestic mining. North Queensland has an incredible site that promises to be highly competitive in terms of renewable energy, cooling, data, and low-cost real estate. We have completed a comprehensive technical due diligence on the site and are in negotiations over its development. I can not say more about this project at this time but watch this space.

Check out the full version of Noel Lovisa’s Bitcoin Cash City tech park announcement in the video below.

Bakkt has announced that the Bakkt Warehouse, its qualified custodian arm, is now open for business. The company has previously...