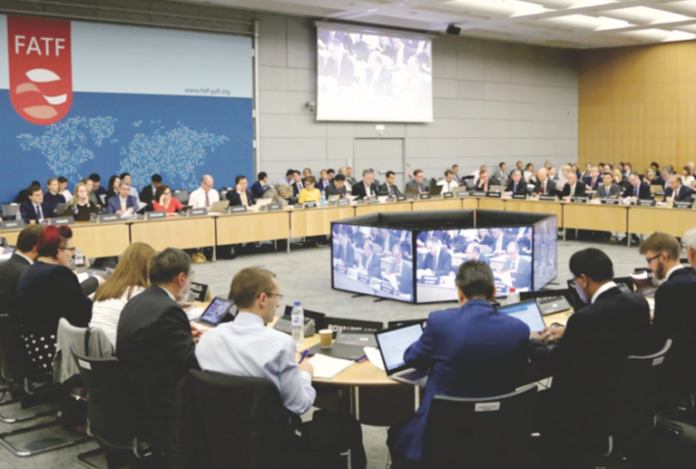 The Financial Action Task Force has kicked off its meeting to discuss global cryptocurrency regulations which the G20 countries have committed to follow. Meanwhile, the crypto industry has raised concerns regarding some recommendations, and a meeting has been set up to coincide with the G20 summit to influence policymakers.

The Financial Action Task Force (FATF), the global standard-setting body in areas such as combating money laundering, kicked off its plenary week Sunday. “For the first time under the FATF’s new, open-ended mandate, representatives from the 205 members of the FATF Global Network, the IMF, UN, World Bank and others will meet for FATF Week in Orlando, Florida,” the FATF elaborated:

During six days of meetings, they will discuss a range of important issues, focused on protecting the integrity of the financial system and contributing to global safety and security. This includes further progress in the regulation of virtual assets, with strong support from the G20.

The first topic of discussion listed is the long-awaited “Interpretive Note and Guidance on Virtual Assets.” Also on the agenda is “The FATF report to G20 leaders.” The FATF has also confirmed that its president will give a press briefing on the outcomes of the discussions on June 21.

At the G20 Finance Ministers and Central Bank Governors Meeting in the Japanese city of Fukuoka on June 8-9, the G20 countries issued a joint statement regarding crypto assets. Noting that “Technological innovations, including those underlying crypto assets, can deliver significant benefits to the financial system and the broader economy,” their statement reads:

While crypto-assets do not pose a threat to global financial stability at this point, we remain vigilant to risks, including those related to consumer and investor protection, anti-money laundering (AML) and countering the financing of terrorism (CFT).

The G20 also reaffirmed its commitment to comply with the new crypto asset standards set by the FATF that is expected to be announced at the end of the plenary. The member countries jointly stated:

We reaffirm our commitment to applying the recently amended FATF standards to virtual assets and related providers for AML and CFT. We look forward to the adoption of the FATF Interpretive Note and Guidance by the FATF at its plenary later this month.

The FATF is expected to announce its standards based on the draft of its proposed guidance issued on Feb. 22 to clarify how they apply to activities or operations involving crypto assets. The private sector was invited to provide feedback on the guidance. “The text of the new Interpretive Note has been finalised, and will be formally adopted as part of the FATF standards in June 2019,” the FATF has revealed.

Some requirements stand out as being particularly challenging to comply with. Blockchain forensics firm Chainalysis explained that, according to the FATF, “Countries should ensure that originating VASPs [virtual asset service providers] obtain and hold required and accurate originator information and required beneficiary information on virtual asset transfers, submit the above information to beneficiary VASPs and counterparts (if any), and make it available on request to appropriate authorities,” asserting:

This would require VASPs not only to verify their customers’ identities, but also to identify the recipients of their customers’ transfers, and transfer that information. This would be applicable to all transactions above a 1,000 USD/EUR threshold. Noting that “FATF’s guidance, as it is currently drafted, would have profound implications for the cryptocurrency industry,” Chainalysis outlined some roadblocks in the feedback it sent to the FATF. “There are clear technical obstacles that prevent cryptocurrency businesses from being able to comply with these standards,” the firm wrote, adding that cryptocurrency’s peer-to-peer nature implies that “In most circumstances, cryptocurrency exchanges are unable to tell if a beneficiary is using another exchange or a personal wallet.”

Moreover, “There is no infrastructure to transmit information between cryptocurrency businesses today,” the firm continued, noting that complying with the requirements could “drive activity to decentralized and peer-to-peer exchanges, and lead to de-risking by financial institutions. Such measures would decrease the transparency that is currently available to law enforcement.”

Jeff Horowitz, Coinbase’s chief compliance officer, explained to Bloomberg that “The FATF really needs to consider the many unintended consequences of applying this specific rule to VASPs,” emphasizing:

Applying bank regulations to this industry could drive more people to conduct person-to-person transactions, which would result in less transparency for law enforcement. John Roth, Bittrex’s chief compliance officer, concurs. Describing to the publication that compliance will be costly given that wallet addresses are largely anonymous and exchanges currently have no way of knowing who the recipients of the funds are, he remarked:

It’s either going to require a complete and fundamental restructuring of blockchain technology, or it’s going to require a global parallel system to be sort of constructed among the 200 or so exchanges in the world … You can imagine difficulties in trying to build something like that.

Mary Beth Buchanan, Kraken’s general counsel, told the publication that a handful of U.S. exchanges are already discussing how to set up such a system. “There’s not a technological solution that would allow us to fully comply. We are working with international exchanges to try to come up with a solution,” she said.

FATF’s size and scope is massive, and if a country is deemed deficient regarding AML/CFT, FATF will add the country to its list of non-cooperative countries. Being on this list of non-cooperative countries “would have a substantial effect on potential financial borrowing from institutions like the IMF and World Bank, lead to a downgrade in country ratings by the likes of Moody’s, S&P and Fitch, affect its bond market, and potentially lead to a loss of access to the Euro and/or USD,” the firm believes.

Some G20 countries have already started implementing the standards they discussed with the FATF including Russia, Japan, and South Korea, as news.Bitcoin.com previously reported.

Other Standards G20 Has Committed To

In addition to supporting the FATF standards, the G20 finance ministers and central bank governors made several other announcements at the end of their meeting in Fukuoka. After welcoming the work by the Financial Stability Board (FSB), an international body that monitors and makes recommendations about the global financial system, the member countries jointly stated:

We ask the FSB and standard setting bodies to monitor risks and consider work on additional multilateral responses as needed.

“We also continue to step up efforts to enhance cyber resilience, and welcome progress on the FSB’s initiative to identify effective practices for response to and recovery from cyber incidents,” their statement continues. The G20 additionally welcomed the work by the International Organization of Securities Commissions (IOSCO) “on crypto-asset trading platforms related to consumer and investor protection and market integrity.” Coinciding with the G20 summit, a number of leading crypto exchanges have set up a meeting with financial regulators and global policymakers to debate the FATF proposals with the aim to “change a new data gathering rule they say could stymie their businesses,” Financial News reported Monday. The news outlet detailed:

The event, billed as the V20 summit, has been thrown together with just six weeks’ notice in order to coincide with the G20 summit in Osaka on June 28 and 29.

According to the event organizers, executives from major cryptocurrency exchanges including Circle, Coinbase, Bitflyer, Kraken and Huobi have confirmed attendance. Other expected attendees include Japan’s Financial Services Agency, congressmen from Taiwan, Japan and Australia, the regional economic counselor from the embassy of France in Japan, and a number of country representatives from the FATF including the U.K. secretariat. The publication added that invitations have also been sent to many G20 attendees including finance ministers and central bankers.

What do you think of the FATF’s upcoming guidance on crypto assets? Let us know in the comments section below.

Images courtesy of Shutterstock, the Japanese government, and the FATF.