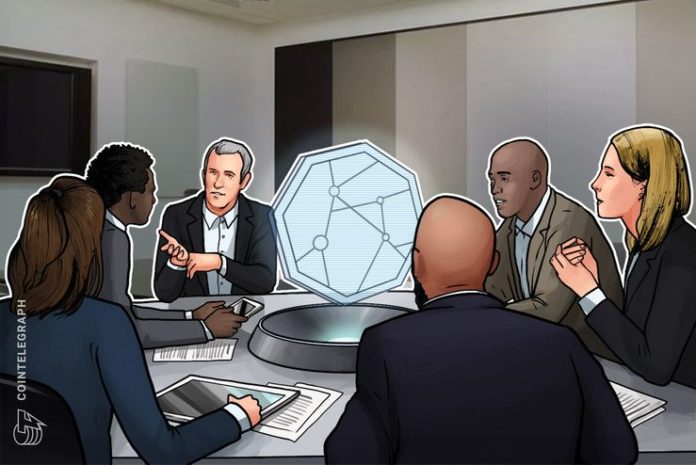 This week, a United States federal district judge ruled that an allegedly fraudulent crypto token meets the definition of a commodity. That brought the case under the Commodity Futures Trading Commission’s (CFTC) purview, which has long argued that virtual currencies constitute commodities. Here what it means — and how the watchdog has been supporting its stance on cryptocurrencies’ legal status.

Are cryptocurrencies commodities or securities? Well, they can be both

The regulatory approach to cryptocurrencies in the U.S. is complex. While the Congress holds supreme power over federal regulatory agencies like the Securities and Exchange Commission (SEC) and the CFTC, it has not issued any guidelines on the matter to date.

Because there’s no definitive set of rules that all agencies can abide by, every regulator takes its own approach, even if it clashes with other perspectives. Namely, the SEC views cryptocurrencies as securities while the CFTC treats them as commodities, and both watchdogs have attempted to secure their viewpoints in court.

However, those different approaches actually seem to coexist. As CFTC Commissioner Brian Quintenz explained to Bloomberg in October 2017, “Crypto-tokens offered in a presale can transform. They may start their life as a security regulated under the SEC from a capital-raising perspective but then at some point — maybe possibly quickly or even immediately — turn into a commodity.” In February 2018, the agencies held a joint session on their roles in the crypto industry, where they mentioned they were willing to work together to create a regulatory framework.

Further, in May 2018, CFTC Commissioner Rostin Behnam delivered a speech that further stressed the increasing collaboration between his agency and the SEC:

Soon after that, in June, the SEC Corporation Finance Director William Hinman clarified that his agency doesn’t view either Bitcoin (BTC) or Ethereum (ETH) as securities, because they have become largely decentralized “in their present state,” and that it would focus instead on Initial Coin Offerings (ICOs).

The CFTC, in turn, has been arguing that virtual currencies are a commodity covered by the Commodity Exchange Act (CEA) since 2015. Citing the document, the agency states that cryptocurrencies are closer to gold than to conventional currencies or securities, as they are not backed by the government and don’t have liabilities attached to them.

In July 2017, the CFTC first granted approval to trade Bitcoin futures. The agency cleared an institutional Bitcoin derivatives trading and clearing platform Ledgerx as a fully regulated Bitcoin options exchange and clearinghouse under the CEA:

“By a unanimous vote of the Commission, it has issued an order granting Ledgerx, LLC (Ledgerx) registration as a derivatives clearing organization under the Commodity Exchange Act (CEA) […] Under the order, Ledgerx will be authorized to provide clearing services for fully collateralized digital currency swaps.”

On Sept. 26, Judge Rya W. Zobel of the Massachusetts District Court denied a motion to dismiss a case against Randall Crater and his company My Big Coin Pay Inc. That secured yet another win for the CFTC’s perspective that cryptocurrencies are commodities.

The CFTC argued that Crater’s Nevada-based company My Big Coin Pay was a crypto scheme in which they offered the sale of a “fully functioning” virtual currency named “My Big Coin” (MBC). According to the details of the case, the defendants lured customers to buy MBC by making false statements. Specifically, they lied that MBC was “backed by gold,” could be used anywhere Mastercard was accepted, and was being “actively traded” on various exchanges. That violated the Commodity Exchange Act (CEA), the regulator argued.

Moreover, the accused were also alleged to have “arbitrarily” manipulated the value of MBC to imitate the price fluctuations of a proper cryptocurrency. Investors could view their account balance on the website, but “could not trade their MBC or withdraw funds.” My Big Coin Pay affiliates obtained more than $6 million from a total of 28 investors as a result of these actions.

Crater’s lawyers tried to dismiss the CFTC’s case, arguing that the token was neither a tangible good nor service on which futures contracts are based and hence should escape the regulator’s purview. They also allegedly compared the token to Bitcoin in the process.

Zobel ruled in favor of categorizing both MBC and BTC as virtual currencies in which “contracts for future delivery are […] presently dealt in.” Essentially, Zobel granted the CFTC’s argument that, for the purposes of the CEA, a “commodity” is broader than any particular type or brand of that commodity, also pointing to the existence of Bitcoin futures contracts:

As mentioned above, it wasn’t the first case when the CFTC proved that it could directly oversee the crypto market via the CEA. Importantly, Zobel referenced the preceding ruling in the case as a precedent.

Thus, in March 2018, U.S. District Judge Jack Weinstein of the New York Eastern District Court oversaw the CFTC case against Patrick McDonnell and his company Coin Drop Markets (CDM). According to the agency’s claim, CDM’s customers never received the financial advice they paid for, as well as the fact that CDM was never registered with the CFTC.

Weinstein agreed with the CFTC that virtual currencies are commodities under the CEA, and, hence, the CFTC could take action against McDonnell and his company over virtual currency fraud. More specifically, the judge upheld that determination by arguing that it was supported by the plain meaning of the word “commodity” and that the CFTC had “broad leeway” to interpret the federal law.

In August, the CFTC won the court order to permanently ban another crypto-related firm run by Patrick McDonnell called CabbageTech Corp. for “bold and vicious fraud.” Similar to the Massachusetts case, McDonnell argued that the CFTC did not have the authority to regulate his commercial operations. The judge rejected that claim and ordered the defendant to pay $290,429 in restitution and $871,287 in penalties.

Will the CFTC regulate more in the near future?

Despite securing a couple of crucial wins in court, the CFTC still approaches crypto fraudsters on a case-by-case basis. It seems that the regulator still lacks the power to massively detect and ban questionable outlets, but it is also important to note that the CFTC has been handling cryptocurrencies with care. Indeed, in a September interview with CNBC, the CFTC Chairman Christopher Giancarlo stressed that crypto needs a “do no harm” approach from regulators to flourish:

“I’m advocating the same approach to cryptocurrencies and all things having to do with this new digital revolution of markets, and of currencies, and of asset classes.”

Nonetheless, Giancarlo distinguished between the CFTC’s short-term approach of tackling criminal activity on the crypto market and the watchdog’s longer-term decisions on policy making for the industry:

The CFTC’s recent actions are seen as part of a more general trend of U.S. regulators extending their purview within the crypto industry during past months. Still, there is no sign of comprehensive crypto legislation coming anytime soon. In May, Giancarlo stated that he doesn’t see such a framework coming from the federal level in the near future, pointing out that the statutes by which the CFTC is operating were written in 1935, and embracing something “as new and as innovative” as Bitcoin within such terms will take time.

Following some notable premiers in the genre recently, the next batch of stablecoins is on the way. A British startup...