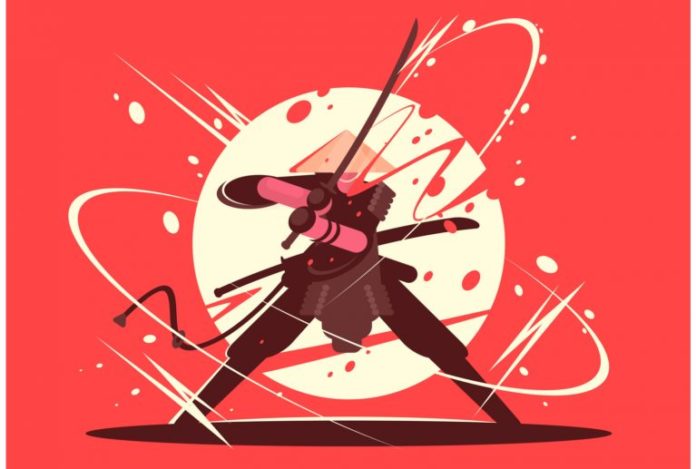 Privacy is a basic human right. It’s there in Article 12 of the Universal Declaration of Human Rights: “Freedom from Interference with Privacy, Family, Home and Correspondence.” Attaining that right in an era of dragnet surveillance, mass data breaches, state-sponsored hacks and big tech overreach, however, is a Herculean task. As the digital privacy fight heats up, crypto protocols are emerging as a new battleground where the right to anonymity will be won and lost.

From Data Drought to Tsunami in 40 Years Yes, all of it. Today, your home router connects more devices than the entirety of Arpanet did in the early 70s. Long gone are the days when the connections that comprise the world wide web could be sketched on the back of a napkin. As the internet has proliferated and the number of connected devices has grown into the millions, and then billions, so has the amount of data produced. 90% of all the world’s data was generated in the last two years, with 33 zettabytes created in 2018 alone (one zettabyte equals one trillion gigabytes). By 2025, we’ll be creating 175 zettabytes annually, and will have another 15 billion devices online, largely thanks to IoT.

Data, we are often told, is like oil, serving as the lubricant that greases the web economy. If that analogy is true, we are a long way from reaching peak data. Peak oil, by comparison, is calculated to have occurred as early as 2006 and broadly agreed to occur no later than 2030. We are running out of oil, but demand and supply of data shows no sign of abating. Its ubiquity may account for why we have become so laissez-faire about protecting it. Should our credit card details be stolen, we simply cancel it and order another one; our password exfiltrated, we shrug and create a stronger one. This casual attitude to the loss of a resource that is, to all intents and purposes, invisible, accounts for why the world has sleepwalked into the data dystopia in which it now finds itself.

But as Edward Snowden memorably put it: The Tug of War for Control of the World’s Data

Webizens today find themselves embroiled in a mighty tussle for control of their data. On the one hand, there are the politicians, in nations as “enlightened” as America and Australia, pondering a crackdown on encryption, and mandating the inclusion of backdoors to facilitate government access to private communications. And on the other end, there are the Web 3 companies like Tide (slogan: “Privacy is more than a human right, it’s your asset”) seeking to return data control to its rightful owners. In the case of companies like Tide, that typically consists of creating containers that enable individuals and businesses to control their data via private keys, sharing and reselling it only to those they trust.

Somewhere in between these opposing forces, tugging at the rope that constitutes data flow, lies Bitcoin. Satoshi Nakamoto’s creation is a privacy purveyor’s nightmare and wet dream rolled into one. Bitcoin’s pseudonymous design enables anyone to transact with anyone else in the world without disclosing their identity or intentions. And yet, thanks to advances in blockchain surveillance and ever-encroaching scrutiny from the three-letter agencies, cryptocurrency users have never been more exposed. As a string of darknet vendors have discovered to their peril, associating pseudonymous bitcoin addresses with real world identities is relatively trivial, unless you’re an opsec expert.

Draconian tactics deployed by agencies such as the IRS, which proposes subpoenaing tech companies to identify taxpayers who have downloaded cryptocurrency apps, shows the extremes that government will take to track and trace bitcoiners. Governments Hate This One Weird Currency

Despite the panopticon capabilities that cryptocurrency hands to governments, giving them real-time oversight of every single network transaction, they hate and fear this uncontrollable money. Last week, U.S. Treasury Secretary Steven Mnuchin vowed to “make sure that bitcoin doesn’t become the equivalent of Swiss-numbered bank accounts,” while senators sought to rein in Facebook’s Libra, expressing alarm at the potential for a mainstream crypto payment system that doesn’t enforce end-to-end KYC. Facebook’s dismal record in respect to data protection was also attacked.

For the subset of web users educated and concerned enough to safeguard their online privacy, there’s a lot that can be done to prevent their data from falling into the wrong hands. Cryptocurrency users would do well to learn the capabilities and limitations of blockchain surveillance and strategize accordingly, to buy and sell coins on privacy-oriented P2P platforms and reduce their dependence on data-thirsty social media platforms and web browsers in favor of pro-privacy alternatives. There’s no such thing as anonymity in an age of facial recognition, social credit, and deep packet inspection. Nevertheless, through taking practical precautions, bitcoiners can make themselves a hard target in the escalating war on personal privacy.

Do you think it’s possible to maintain a reasonable degree of privacy on the web today? Let us know in the comments section below.

Circle is Moving its Exchange Operation From the U.S to Bermuda

Due to the chaotic state of crypto regulation in the United States of America, several blockchain and crypto-related firms are...