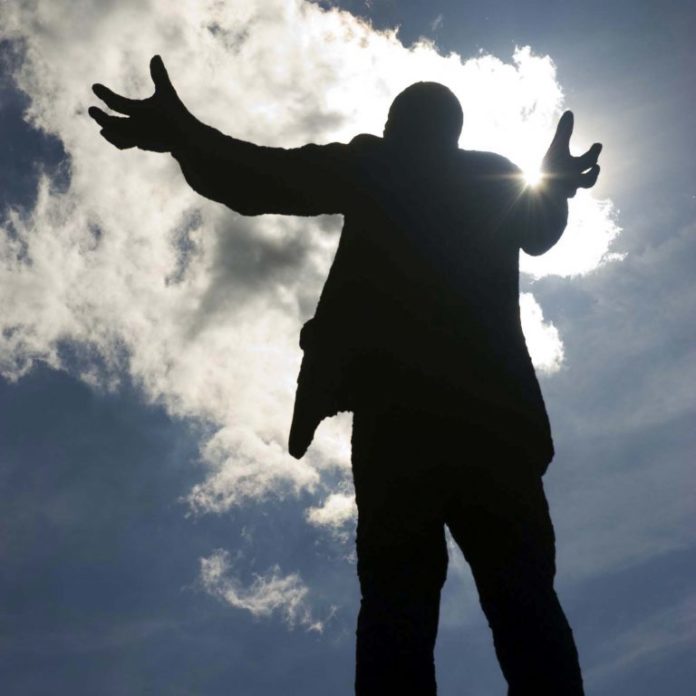 An initiative to erect a monument of Satoshi Nakamoto in Ukraine’s capital is gaining momentum and support. The idea is to place the statue right where the red Karelian stone figure of Lenin used to stand, before it was taken down almost five years ago. The project is said to be part of a global campaign to build Satoshi monuments around the world.

Nakamoto on the Pedestal of Lenin

A monument of Satoshi Nakamoto may soon greet residents and visitors of Kiev, capital city of Ukraine. The project to erect a statue of the unknown creator of bitcoin and the blockchain technology has been gaining support. The plan is to place the figure on the intersection of Kiev’s main “Khreshchatyk” Street and the “Taras Shevchenko” Boulevard. The targeted spot is not a random place. Several years ago it was occupied by the monument of Vladimir Lenin, the communist founder and leader of the Soviet Union. His statue was toppled down and destroyed by angry protesters in December, 2013. The act was one of the memorable events during the Euromaidan demonstrations which lead to dramatic political changes in Ukraine.

The empty space, opposite the “Bessarabsky” Market, has since turned into a site for political expression and artwork. At the height of the civil unrest in February 2014, opposition activists put a golden toilet on the pedestal as a symbol of the rampant corruption in their troubled and divided country. One of the numerous accusations against the then president Viktor Yanukovych was that he had gold toilets installed in a country estate near Kiev.

The people behind the project plan to initially design a virtual Satoshi monument. The digital statue will be visible through a mobile app, when the smartphone is turned towards the pedestal, as reported by the outlet Delo. The Ukrainian VR/AR and robotics company Raccoon World has promised to materialize the virtual reality concept.

The organizers also intend to file a petition with the Kyiv City State Administration and apply for permission to build a real, physical monument. They plan to raise the necessary means through a crowdfunding campaign. In the meantime, the virtual statue project has been supported by the Ukrainian entrepreneur Alexander Soroka, founder of the investment platform Startup Network, who has already donated 1 bitcoin (BTC).

A Global Initiative, a Blockchain Republic

According to local media reports, the installation of the statue in Kiev is part of a global initiative to erect Satoshi monuments around the world and create a so called “Blockchain Republic.” In case the city authorities reject the petition, the authors of the project say they’ll be looking for another location to place the symbolic figure. Not long ago, a similar initiative was realized in Slovenia, as news.Bitcoin.com reported. In March, the city of Kranj inaugurated a monument dedicated to bitcoin and blockchain – the first in the world, according to local authorities. The installation is in the form of a large bitcoin logo placed in the middle of a roundabout. The crypto theme of the monument has been chosen by the citizens of Kranj.

Would you support a project to build a bitcoin monument or a Satoshi statue in your city? Let us know in the comments section below.

This week, a number of companies listed on the Tokyo Stock Exchange revealed their plans to enter the crypto exchange...