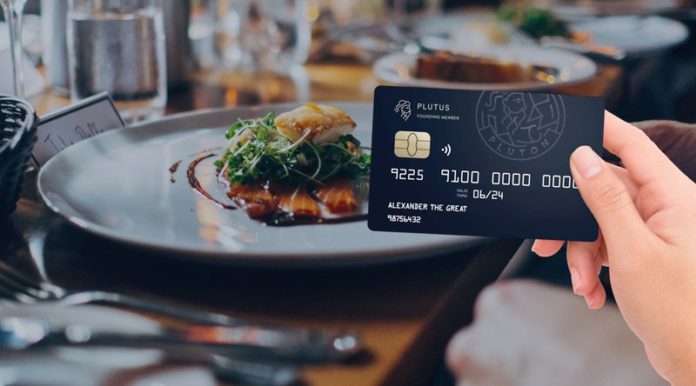 While many people see cryptocurrency as a speculative investment, many of the new asset class’ earliest adopters believe they could be much more promising for everyday currency use.

Championing the motto “Spend Crypto, Anywhere,” the U.K.-based project, Plutus, is leading the charge in delivering a worldwide payments solution to make it easier for cryptocurrency users to spend money with merchants.

Through this payment solution, online purchases can be made using either Plutus’ Tap & Pay app or physical debit card. With Plutus, prepaid funds can be added by using the pluton token (PLU), Bitcoin, Ethereum and other cryptocurrencies.

Steering clear of “innovation for innovation’s sake,” Plutus is cutting a new edge in the payments business by making emerging technology tangible and practical for the everyday user. The aim is to make transactions more seamless by offering a trusted and secure mechanism for converting crypto into fiat currency and vice versa. Consumers can spend without being subjected to massive fees while benefiting from additional incentives such as the pluton rewards.

These rewards are the signature piece for Plutus’ decentralized loyalty system. Users will get up to 3 percent in pluton as a loyalty reward for every deposit they make in Bitcoin or Ethereum. Since pluton is the preferred currency of the platform, users who transact with pluton are exempt from all fees.

“We have created both the first decentralised cryptocurrency-to-fiat loading gateway, as well as the first loyalty rewards token,” said Plutus CEO Danial Daychopan. “Unlike frequent flyer miles and similar centralized bonus programs, this means that customers have full freedom regarding what they do with the rewards they collect, as well as the confidence that their cryptocurrencies are safe on the wallets or cold storage of their choosing.”

The Plutus model is composed of three core solutions:

One of the key benefits of PlutusDEX as a decentralized gateway is that user
cryptocurrencies never have to be stored. This means that there is no central repository where the coins are housed as in the case of a centralized exchange. Instead of a central hot or cold wallet, the PlutusDEX order-matching engine allows customers to transact directly between each other.

In essence, Plutus never moves escrowed fiat funds to a customer’s card until that person has successfully sent a crypto transaction. This transaction is then recorded on the public blockchain and confirmed by miners. The crypto is routed directly to the buyer’s wallet of choice before the fiat is released from escrow to the card.

Company leaders said that Plutus will appeal most to freelancers, entrepreneurs, miners, traders, digital nomads, developers and tourists. As cryptocurrency continues to grow and mature, Plutus hopes to expand its audience to anyone with a smart device.

“We are constantly striving for greater innovation within this space, while always maintaining a core brand ethos which focuses on security and creating exceptional seamless transaction globally,” said CEO Danial Daychopan, echoing a sentiment that seemed to capture Plutus’ aspirations.

“Our unique value proposition is that over time, all payment channels and points of friction will be decentralised as far as possible to increase liquidity for both spending and purchasing digital currencies and tokens, enabling exchange without central storage of tokens. This is both more robust and secure than previous alternatives.”

When Plutus launched in 2015, several investors stepped forward with interest. However, company leaders wanted to gauge the actual interest level from the audience they were addressing, rather than rely solely on venture capital and independent investors. During a nine-day token sale in June of 2016, Plutus raised over $1 million USD in Bitcoin and Ethereum (at the time of the sale). This in many ways validated their core proposition, namely, how is crypto spent in the “outside” world.

“First and foremost, Plutus is an experience, which is why we like to involve the community in shaping the future of our products,” concluded Daychopan. “We are more than just a pretty website and token. We would like to cordially invite everyone to join our BETA waiting list to see for themselves, as we will be rolling out Bitcoin and Ethereum support very soon. If it is up to us, Plutus will reach every corner of the earth.”