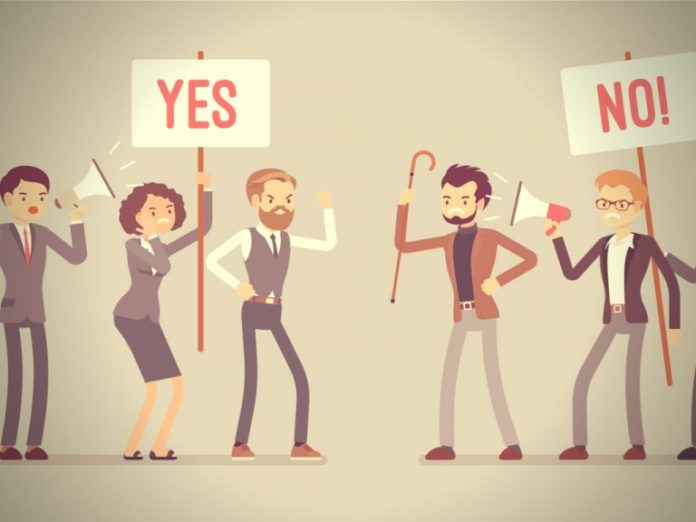 21 is a number that holds deep symbology to bitcoiners. In addition to denoting the total number of bitcoins, in millions, that will ever be issued, it’s inspired scores of cryptocurrency business names, websites, and merchandise designs. Despite its assumed inviolability, some members of the community are opposed to Bitcoin’s rigidly set 21 million supply. If they have their way, that arbitrary cap will be lifted. For many devout bitcoiners, this suggestion is sacrilegious.

At a “Satoshi’s Roundtable” event last week, decried by some as Bitcoin’s very own version of Bilderberg, the prospect of raising BTC’s 21 million cap was raised. It was Matt Luongo who floated the proposal, in response to a discussion about anticipated adoption of the Lightning Network (LN). With the block reward halving every four years, and onchain transaction volume likely to be low in future should LN take off, there will be little incentive for miners to secure the network. This could lead to it being vulnerable to 51 percent attacks that would undo the trust instilled in the Bitcoin network over many years.

An argument has also been made for increasing the 21 million supply of Bitcoin Cash in future, on similar grounds. Due to the network’s low fees, miners would theoretically have little economic incentive to secure the network once the block reward diminishes.

I was the guy that said we might have to one day raise the Bitcoin supply cap. Fight me. https://t.co/ysqHHdcggf

Luongo’s suggestion of raising BTC’s total supply is intended to incentivize mining in a future of minimal block rewards and minimal onchain volume. While there may be an economic and security case for doing so, it is a matter that resonates strongly – even emotionally – with a sizeable portion of the Bitcoin community. There are also those who are motivated by purely financial reasons. The fact that there will never be more than 21 million bitcoins is what gives the currency its digital scarcity. Raising the fixed cap, even by a fraction, could dilute the value of everyone’s holdings, it is feared, and consign BTC to the status of an EOS-style inflationary cryptocurrency. Numerous Bitcoin luminaries have waded into the debate regarding Bitcoin’s supply following the Satoshi’s Roundtable discussion. Nick Szabo insisted that decreased hash power due to lower mining rewards would not have a significant impact on security, but conceded that “it may require recipients of very-high-value transactions to wait more blocks before relying on them.” Cobra Bitcoin took a more combative approach, tweeting “There will only ever be 21 million bitcoins. If you have a problem with that, get the fuck out of our community because you aren’t welcome.” To this, Matt Luongo responded:

This stuff has to work … If the stars align and this becomes an issue do you sacrifice a core tenet of the community or the entire security of the chain?

It is not entirely known why Satoshi chose 21 million as the number of coins to be issued, though it is speculated that this ties in with the halving reward schedule that occurs every four years. Alternatively, it could be because the total number of sats that will ever be created approximately mirrors the maximum capacity of a 64-bit floating point number.

Given that there was no mention of Bitcoin’s proposed supply in Satoshi’s seminal whitepaper, perhaps the number itself was never particularly significant to him. Whatever the case, 21 million has come to be one of Bitcoin’s defining features, and any attempt to meddle with the magic number is liable to be treated as heresy. Future generations of bitcoiners may be more receptive to raising the supply, but in the here and now, that notion seems untenable.

Do you think Bitcoin’s supply should ever be increased? Let us know in the comments section below.

Chicago Mercantile Exchange (CME) and Chicago Board Options Exchange (CBOE) have seen the lowest Bitcoin futures volumes since they launched...