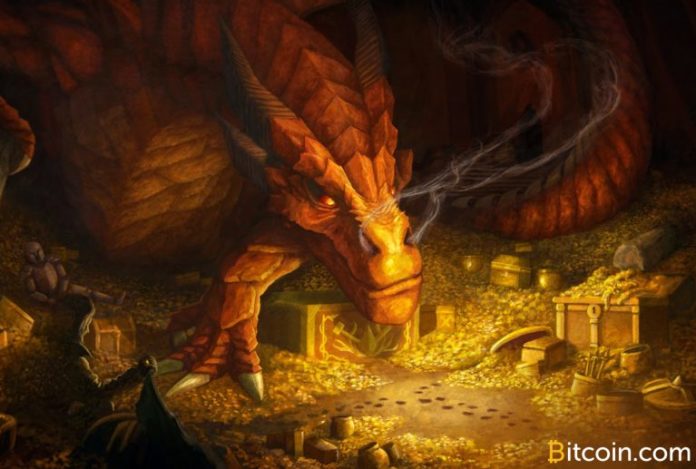 Over the last few years, many have claimed that bitcoin core (BTC) has turned into, or will soon become, a store of value (SoV). Proponents of the BTC-based SoV theory seem to think that money can somehow store value and if it’s held long enough, the price will be higher or predictably useful when spent at a later date. This is an economic fallacy however because money cannot store value and, as innovative as bitcoin is, it will never be immune to market influences.

There are a ton of people who believe that BTC is a store of value and that if they keep hodling someday they might be super wealthy and protected from the world’s turbulent economy. Except this couldn’t be further from the truth. BTC is not an SoV currently, and never will be due to the fact that money itself cannot be an SoV. The idea that money cannot serve as a store of value has been written about by many economists over the years including Carl Menger, Murray Rothbard, and Ludwig von Mises. Carl Menger (1840-1921) was the founder of the Austrian school of economics proper. Menger was one of the first economists to explain in detail about the relationship of value and money to market prices. Menger writes in Principles of Economics:

A good way to understand that money is not a store of value is by picturing a television set worth the spot price of 1 BTC ($5,700 at press time). Now if someone was to smash the TV screen into a thousand pieces with a sledgehammer then no one would be able to watch the device’s picture. After that, nobody could watch a television show on that set as the sledgehammer quite literally destroyed the screen’s practicality and basic utility. Now let’s say instead the person decided to purposefully lose the BTC. They create a wallet on an external hard drive without backing up the data and destroy it by burying it in a landfill. By essentially making the BTC near impossible to retrieve it doesn’t mean value was destroyed. It means the person had destroyed their claim to 1 BTC’s current utility. Fiat money, gold bullion, and bitcoins are not SoVs as they are merely a claim to ownership.

For centuries many individuals have believed money can store value and this fallacy has found its way into the cryptocurrency community. In 2014, the author and economist Joseph Salerno gave Mises readers a great insight into why people think that money can somehow store value. “According to mainstream economics textbooks, one of the primary functions of money is to measure the value of goods and services exchanged on the market,” Salerno details. The economist refutes this common mistake and adds:

“The value an individual attaches to a given sum of money or to any kind of good is based on subjective judgment and is without physical dimensions. As such the value of money varies from moment to moment and between different individuals.” He refutes this common mistake, asserting:

The price paid for a good in a concrete act of exchange does not measure the good’s value; rather it expresses the fact that the buyer and the seller value the money and the price paid in inverse order. For this reason, neither money nor any other good can ever serve as a measure of value. One economist who has both studied and written a great deal about bitcoin and monetary theory, in particular, is Konrad S. Graf. The author has produced a wide array of definitive pieces including On the Origins of Bitcoin, the Bitcoin Decrypted Series, and Action-Based Jurisprudence. During an interview in October 2017, Graf touched upon the challenging subject of trying to use theoretical concepts to help define bitcoin. The economist said that there’s often a “tendency to pretend to force bitcoin into some existing box into which it does not actually fit.” Graf explained there are few monetary categories discussed when it comes to bitcoin and he believes these variables are on a continuum and that “none are exclusive.”

“The variables under discussion are therefore the relative amounts held, the duration of holding, and the increments of future spending of the medium of exchange,” Graf’s interview details. “In contrast, the idea of an alleged “store of value” use often used in this debate as if it were a contrast to a medium of exchange use is imprecise and impressionistic.” Additionally, Graf noted:

Just as money does not “measure” value, as Mises emphasized, but is rather exchanged for goods at some indefinite future time, “value” cannot be “stored,” as if it were a certain amount of food. This “store of value” idea is more a weak intuitive analogy than a rigorous economic concept. Underneath this illusion, there are only intertemporal exchanges that take place over different time scales and in different amounts.

The need for practicality and utility is a very important aspect of money and BTC is not the only cryptocurrency that offers censorship resistance. If a certain portion of the world cannot use BTC because of high fees then it’s not really censorship resistant at all. If someone holds $50 worth of BTC and the network fee per transaction is $40, is the money practical and is it useful? It’s hard to imagine an alleged store of value holding steady and stable and not being useful all the time. On the other hand, a cryptocurrency with real-world utility that also offers censorship resistance will likely surpass any coin that acts as a pyramid scheme. Cryptocurrencies offer interesting possibilities with private keys and code that have rules in regard to what a digital claim looks like. And underneath it all, cryptos are just numbers that help us make exchanges at different times in a permissionless fashion but they can never store value no matter how many times we repeat the error.

In fact, lots of people misconstrue BTC as an SoV by accident, but unfortunately there are many seasoned sophists teaching people this unsound philosophy purposefully every day. Maybe people should ask why bitcoin or another cryptocurrency is better money than its fiat predecessors, instead of concentrating energy on useless catchphrases like ‘hodl.’ Rather than asking whether or not these digital assets are SOVs, people should be asking whether they have real-world utility and purchasing power.

Why do you think people make the mistake in believing that BTC is or someday can be an SoV? Let us know what you think about this subject in the comments section below.

The post Putting an End to the Bitcoin Store of Value Fallacy appeared first on Bitcoin News.

A court in Florida has ordered self-proclaimed Satoshi Nakamoto, Craig Wright, to provide a list of owned Bitcoin addresses. The...