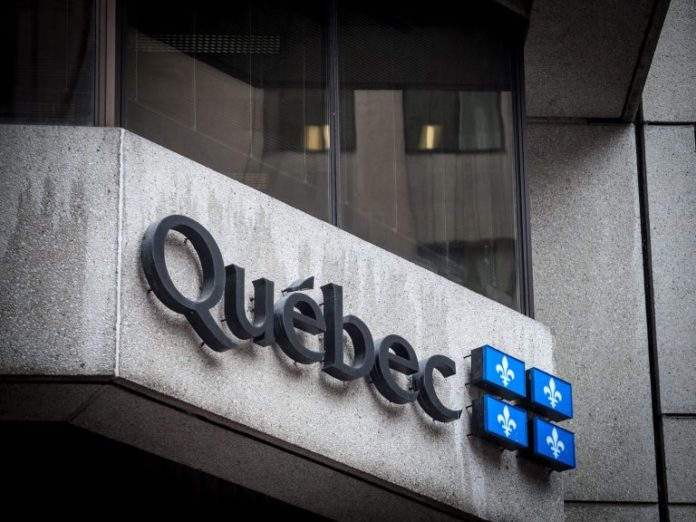 Québec, the resource-rich Canadian province, has made up its mind about cryptocurrency mining. Régie de l’énergie, the region’s energy regulator, has rendered its decision on the blockchain sector and lifted the moratorium on electricity supplies. An additional 300 MW of energy will be allocated to power the minting of digital coins, a move that local officials hope will make Québec one of the major forces in the industry.

Also read: Will Belarus Be the First Country With Nuclear-Powered Bitcoin Mining?

Applying Miners Need to Meet a Set of Selection Criteria

After a period of restrictions and policy making, regulators in the French-speaking region have realized the potential benefit of hosting crypto mining companies. From a declared inability to meet the high energy demands of the sector, through a proposal to charge up to three times higher electricity rates, to the political statement that “we’re not really interested,” in 2018 Québec didn’t seem ready to embrace and accommodate the energy-intensive bitcoin mining. However, things have changed.

The board responsible for energy regulation in the province has lifted last year’s moratorium. According to a press release, the local public utility managing the generation and distribution of electricity, Hydro-Québec, is happy with the positive development. Régie de l’énergie attempts to not only raise the status of the region as a mining-friendly destination offering cheap electrical power but also to make sure Québec and its people benefit as much as possible from this cooperation. The regulator’s decision envisages the classification of blockchain companies as a separate category of consumers. A 300 MW block will be dedicated to the industry, of which at least 50 MW will be reserved for small projects of 5 MW or less. A new selection process is being put in place to allocate the quota. It introduces several economic development criteria – number of direct jobs in Québec per MW: 30%, total payroll of direct jobs per MW: 30%, investment in Québec per MW: 30%, as well as an environmental condition – 10% of the used energy should come from heat recovery.

Authorities also reserve the right to limit supplies for mining facilities during peak periods, up to 300 hours each winter. The rates that will be charged for the spent electricity will be determined according to the existing tariff. That means that depending on their consumption profile, mining companies will fall under one of the following categories: LG, which is the general rate for large‑power customers, or M, the rate for medium‑power consumers.

To find out what’s next for crypto miners in Québec, news.Bitcoin.com turned to David Vincent, director of business development at Hydro-Québec, one of the largest hydropower producers in the world. We asked him whether he thinks Régie de l’énergie’s decision is timely, given that the tide in the crypto sector seems to be turning, after a prolonged bear market which affected mining and lowered its profitability.

“You could say it’s good timing, considering that the market seems to be going up again. However, even last year after cryptocurrencies had dropped in price significantly, a survey we did with some of the serious players who had contacted us confirmed that there was still a lot of interest for our electricity,” the official noted. He emphasized that the vast majority of companies contacted were still interested, with more than 4,500 MW of confirmed demand from the respondents.

“Also, even during a bear market situation, Québec is in a good position to attract projects from this industry as low rates become even more important to stay profitable. Our rates give us a competitive advantage. With all of that in mind, we expect a lot of interest in the selection process for our new block of 300 MW for this industry,” Vincent commented.

The Hydro-Québec executive further explained that the new quota approved by the regulator is being added to the 368 MW previously allocated to blockchain projects that are either already in operation or have been approved. “In the end, we will have a total of 668 MW reserved for blockchain mining, which will make this industry one of the biggest industries in Québec in terms of power consumption, basically overnight. This is no small feat for an industry that was almost non-existent here about two years ago,” David Vincent said. He believes that looking at the world market, the allocation of 668 MW for the blockchain sector will actually make Québec one of the major forces in this industry:

We feel that this is a block that is big enough to let this industry grow in Québec, while still leaving room for the development of other industries, like data centers, greenhouses, mines, etc. The idea was to strike a balanced approach. We feel that this block is a good start for this nascent industry and it will allow us to get a better mutual understanding.

Prior to the announcement of Régie de l’énergie’s latest position, there had been media speculation that the attitude towards the industry in Québec was evolving due to the political change in the province’s government. It’s been reported that François Legault, the leader of Coalition Avenir Québec, which won the general election in the French Canadian province last fall, intends to fulfil Hydro-Québec’s potential and make the utility more profitable.

However, Vincent believes that the regulator’s decision has nothing to do with politics. “The Energy Board is an economic regulation agency that is independent of the government and stays clear of political influence,” he noted. “Anyone who has followed the hearings at the Energy Board closely will tell you that the decision seems to be in line with the concerns voiced by those who participated in the public hearings.” Hydro-Québec’s representative added that with the high demand for the company’s product, it makes sense that the utility can select those companies that will bring the most value to the province. “The economic development criteria in the decision match what we had proposed to the Energy Board. Our advice for companies who want a part of the energy block would be to be well prepared to demonstrate how much value they can bring to Québec in terms of job creation, salaries and investments per MW used,” he stressed.

“Those who go further than just mining will certainly score better in the selection process as they tend to invest more and create more jobs. Also, those who re-use the heat created by their activities instead of just wasting it will get a few more points in the evaluation of their projects, so this could give them an edge over competitors with similar projects,” David Vincent explained.

Shaun Chong, head of Bitcoin.com’s mining operations, acknowledged that the new opportunities for cryptocurrency mining in the Canadian province of Québec represent a positive development for the whole sector in general. However, he also noted that the mining market conditions are tough right now. “So those regulatory requirements could make it hard to make a profit,” remarked Chong, who is responsible for the Bitcoin.com Pool.

What’s your opinion about Québec’s policy towards the crypto mining industry? Share your thoughts on the subject in the comments section below.

Warren Buffett has come out with another restatement of his negative position on Bitcoin espousing sentiments with the usual labored...