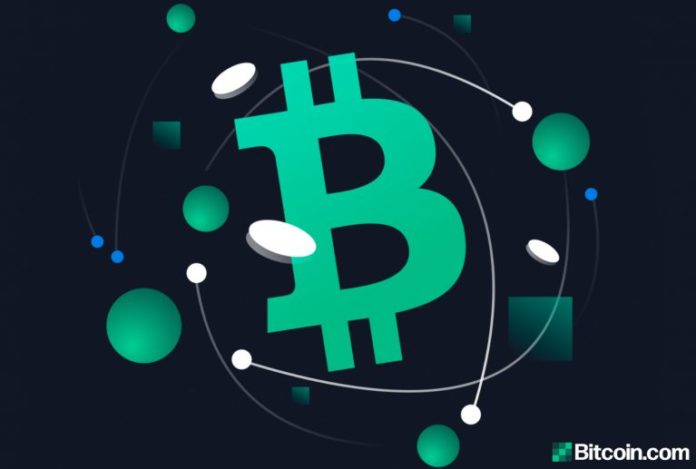 Bitcoin.com is a proponent of privacy and we have been monitoring Bitcoin Cash projects like Cashshuffle and Cashfusion closely. Last March, Cashshuffle was officially released after a security audit from Kudelski Security, and since then millions of dollars worth of BCH have been shuffled. Our web portal aims to help speed up the process of Cashfusion’s official release, so we created a fundraiser to raise $50,000 for Kudelski to audit the protocol’s codebase and another $50K for ongoing development.

Raising $100K for a Cashfusion Audit and Ongoing Development

Bitcoin Cash (BCH) supporters have been eagerly waiting for the official version of Cashfusion after months of discussions and alpha testing. On January 20, news.Bitcoin.com reported on the alpha launch of Cashfusion and since then project developers have been asking testers to help with liquidity. The alpha release of Cashfusion leverages the Electron Cash wallet in the same fashion Cashshuffle does, but in contrast, Cashfusion takes advantage of the Tor network. It also works differently than traditional Coinjoin platforms and the method hardens BCH transaction privacy. Four days after the Cashfusion alpha release, our newsdesk published a step-by-step walkthrough using the macOS version so our readers can utilize the privacy-enhancing tool. Additionally, a review of Cashfusion published on January 29 written by data analyst James Waugh said Cashfusion is far more practical than other Coinjoin protocols.

Bitcoin.com knows the community is waiting for Cashfusion and our company wants to make the project’s official launch come to realization sooner. To get the ball rolling, our web portal is hosting a fundraiser for Cashfusion and we hope to gather $100,000 for the effort. “Cashfusion, the eagerly anticipated extension of privacy protocol Cashshuffle, is almost ready to launch,” our recently launched Bitcoin.com Cashfusion fundraiser page notes. “Before it does, the Cashfusion team needs to complete a security audit — You can donate to make it happen and we’ll match every donation.”

In order to make sure that Cashfusion is top-notch security-wise and holds the highest level of privacy, the project will be scrutinized by Kudelski Security. The company is a well known cybersecurity firm with labs and offices located in the U.S. and Switzerland.

Kudelski audited the Cashshuffle project on March 27, 2019, and researchers took an in-depth look at the implementation, error handling, and overall interaction with the Bitcoin Cash network. The company’s Cashshuffle review also combed the general codebase for safety concerns and searched for susceptibility to any known vulnerabilities. At the end of the report, Kudelski concluded:

We believe that the Cashshuffle codebase that we reviewed is implementing the Coinshuffle protocol with no significant deviations, and we did not find any evidence of malicious intent, flawed logic or potential backdoor in the codebase.

Since Testing Began, There’s Been Over 2,400 Fusions Worth $4 Million

Similarly, and due to the complex nature of Cashfusion’s protocol, a security audit from Kudelski will cost developers $50,000. Bitcoin.com wants to raise $100,000 for the Cashfusion team so they can leverage $50K for the audit and use the remainder for ongoing developer expenses. If you are interested in helping the team, visit bitcoin.com/cashfusion-fund/ and donate any amount toward the goal. As mentioned above, we will match every donation whether big or small, and as soon as the funding goal is complete the audit can begin.

The fund will be managed by the Bitcoin.com team until the goal is reached and then the funds will be sent directly to the Cashfusion engineers. For several years now Bitcoin.com has been rallying around crypto tools that promote economic freedom, and after a serious audit, Cashfusion can be one of those tools. Bitcoin.com is confident in Cashfusion’s benefits and we think the tool can “make Bitcoin Cash even better by offering the highest level of spending privacy — ever.”

Since the testing began on November 28, 2019, and the alpha launch that followed, there’s been 2,431 fusions executed. That’s approximately 12,662 BCH fused ($4 million) at the time of writing and after the audit and official launch it’s likely there will be a whole lot more.

What do you think about Bitcoin.com’s fundraiser to raise $100,000 for the Cashfusion audit and ongoing development costs? Let us know what you think about this topic in the comments section below.

Bitcoin briefly broke through the $9,000 support level today, to a new swing low of $8960. The leading cryptocurrency has...