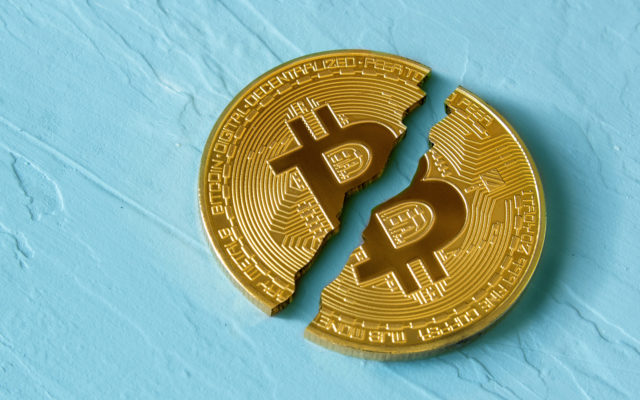 The Bitcoin network has seen its first stale block event since October 2019 resulting in a $3 double spend. With mining difficulty at an all-time high (ATH) and hash rate distributed among major players, Bitcoin mining is even now more competitive than ever.

BTC.com ‘won’ the block, making Poolin’s discovery a ‘stale’ block. Former Bitmain employees founded Poolin with the former seeking legal address for violating a non-compete agreement.
With Bitcoin mining difficulty now at an ATH, the probability of stale blocks should, in theory, be significantly lower than in previous periods.
However, every few months, two competing mining pools will happen on a block header at the same instance of time. As previously reported by Bitcoinist, such an event last occurred in October 2019 with Bitmain’s Antpool and BTC.com the two competing mining pools.
Malicious Double-spend Unlikely
Concerning the possibility of the stale block event being a double-spend attack, BitMEX Research revealed:
We have conducted a double spend analysis. Apart from the coinbases, the stale block included 39 txs not in the winning block. 38 of these made it into the next block 614,733. The other had an input of 0.00034801 (US$3) & appears to have been double spent.
Given the significantly small U.S. dollar value of the apparent bitcoin double-spend, it is unlikely that the event was a malicious blockchain ‘reorg’ attempt. The distributed nature of the network’s computing potential (hash rate) makes the possibility of a 51% attack theoretically minute.
Rogue blocks also occur during a hard fork as the main chain splits into two separate paths. Usually, disagreements over certain network protocols see proponents choosing to branch off to create a new chain. Bitcoin Cash (BCH) emerged as a result of such a process and has since experienced another hard fork leading to the creation of Bitcoin SV (BSV).
Bitcoin Gold (BTG), one of the Bitcoin hard forks recently suffered another 51% attack with two deep blockchain reorgs occurring late last week. The attacker reported managed to double-spend more than $70,000 in BTG.
Do you think there will be more Bitcoin mining anomalies as the block reward halving nears? Let us know in the comments below.

Leuven/Rotterdam – KPN and SettleMint today announced that KPN Ventures has participated in the €1.9M investment round of SettleMint,  a Belgium based Blockchain Platform as...