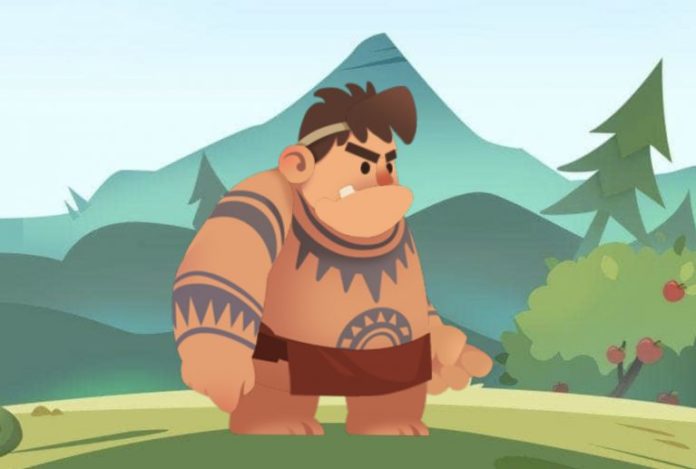 During the first week of August, the development team Block Hop announced a sandbox video game called Realmx that’s fueled by bitcoin cash. On October 10, Block Hop developers revealed that after “months of development and preparation,” Realmx can now be played on desktop and Android mobile devices.

There’s a new sandbox game called Realmx that leverages the Bitcoin Cash (BCH) blockchain in order to enhance the gameplay experience. The Realmx engineers announced that the team has been experimenting with the platform for quite some time and the current version is the “official release on BCH mainnet.” You don’t need BCH to play the game but BCH can improve player abilities by offering in-game assets and extensible crafted items. All of the crafted items are stored on the BCH chain and the gameplay takes place in the Stone Age with a variety of unique monsters.

In order to get started playing, you simply have to create a username and password between 6-32 characters long for each window entry. After registering for Realmx, you can sign in and then choose a name and gender. From here you are greeted by the Realmx tour guide that welcomes you to the gaming environment and gives details about the game. There are adventures to start with and the first task is to capture a rabbit in the game. Realmx also has a marketplace, farm and workshop, alongside a leaderboard, vault, and event center. When you first attempt to catch the rabbit, you are given a health bar that will decline if you are attacked. The Realmx tour guide explains that if your health bar drops below zero your gameplay will end. A symbol above the rabbit shows its intentions and a sword means it plans on attacking your character. The game works similarly to the gameplay in an old school Pokemon or Final Fantasy game where turns are taken during the battle scenes.

Following the first adventure with the rabbit, the Realmx tour guide shows you how to farm. Basically, you are given a plot of land and you need to sow seeds in order for the plants to grow. After a minute or so your plant will grow and you can harvest food for your Realmx adventures. After the farming, you are shown how to breed animals The first thing you build is a rabbit hutch and once you run out of room, you can’t capture more animals. The weapons and items workshop is where the BCH comes in and you can choose a standard weapon to craft like a regular stick or upgrade your weapons using a small fraction of BCH. After choosing, the program asks if you are sure you want to craft the item and when it is complete the game will show you the item’s stats. For instance, the regular stick is a very low-grade weapon compared to the battle axe or spiked club. After crafting a new weapon, the tour guide sends you on another adventure. There are four adventures called the Plain of Dawn, Mist Forest, Desert of Fire, and Blue Relics, but you are forced to embark on the first mission.

On the first mission you need to choose the equipment you plan to take with you and press the go tab after selecting. Seeing how you only have a regular stick, you need to use that weapon to start with on Realmx. You also need to gather energy before an adventure by consuming some food. After that, you confront a rabbit again and attack but this time around the rabbit will surrender after a few hits and follow you. The game continues in this fashion until you get the gist of the Realmx basics. The ability to use BCH to forge powerful weapons and extensible items makes the game more robust. Bitcoin cash can also be earned in the game and crafted weapons and blockchain extensible items can be traded with other Realmx players.

Bitcoin Cash proponents were thrilled to see the blockchain-based game launch after it was announced this summer. “A lot improved since beta and weapons and accessories can be crafted in the workshop with the ingredients you get from adventures without spending any money,” a BCH supporter remarked on the Reddit forum r/btc. “You can craft ‘regular’ if you have the required items and the button lights up green — Some give you extra energy and crafting is pretty essential to make progress.” However, one person made it to level 30 on Realmx before he even learned to spend BCH on the game. “You can craft ‘offchain’ accessories without paying BCH,” he said. “You get stone and wood from fighting animals and then go to workshop and craft things from the materials you have.”

Disclaimer: This article is for informational purposes only. Neither the company nor the author is responsible, directly or indirectly, for any damage or loss caused or alleged to be caused by or in connection with the use of or reliance on any content, goods or services mentioned in this article.