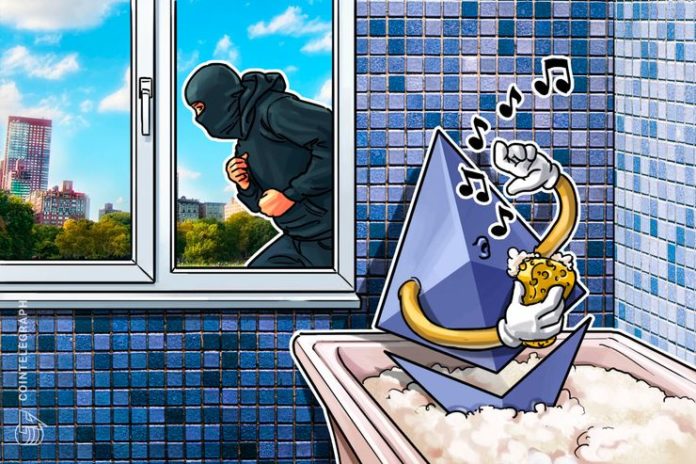 Ethereum-based adult entertainment platform SpankChain confirmed that it had recovered all the funds lost during a security breach October 6.

In a series of tweets Friday, Oct. 12, officials said that after speaking by telephone with the hacker who stole 165 ETH ($32,000) from the project’s smart contract, he had agreed to return the amount in full.

SpankChain had notified users about the breach a day after it occurred, promising to instigate reimbursements of lost money to affected investors.

Of the total losses, only around $9,000 consisted of customer funds, it said.

Linking to a transaction confirming the transfer, SpankChain added it had given the hacker $5000 in ETH as a “reward,” along with refunding the capital used to initiate the attack – another 5.5 ETH ($1070).

During the attack, the malicious party had also immobilized 4000 units of SpankChain’s native BOOTY token, which they subsequently also released.

The event marks a rare occurrence in the lives of altcoin projects and their security trials. Other instances of token or other funds thefts have rarely resulted in voluntary refunds.
One-way hacks continue to affect the cryptocurrency ecosystem this year, with exchange platforms such as Bithumb and Zaif losing coins in recent months.