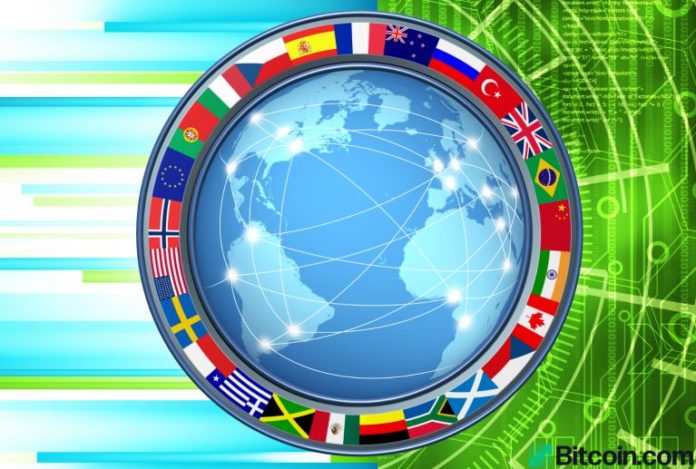 In this roundup, we cover an exceptionally busy week for crypto regulations around the globe. We start our coverage with the U.S. Virtual Currency Tax Fairness Act of 2020, actions by the SEC, Ripple’s lawsuit, India’s supreme court hearings, Australia green-lighting a bitcoin retail fund, Thailand approving a new crypto exchange, and new crypto guidelines in Canada and Malaysia. We also cover the FATF’s progress to ensure countries implement its crypto standards, the regulatory developments in South Korea, China, Russia, Uzbekistan, Venezuela, and six central banks and the Bank for International Settlements collaborating on central bank digital currencies.

The U.S. made headlines last week when Representative Suzan K. DelBene introduced a bill on Jan. 16 “To amend the Internal Revenue Code of 1986 to exclude from gross income gain from disposition of virtual currency in a personal transaction.” H.R.5635 – Virtual Currency Tax Fairness Act of 2020 states:

Gross income of an individual shall not include gain, by reason of changes in exchange rates, from the disposition of virtual currency in a personal transaction … The preceding sentence shall not apply if the gain which would otherwise be recognized on the transaction exceeds $200.

As for the effective date, the bill proposes that the amendments apply to crypto transactions entered into after Dec. 31, 2019. The U.S. state of Oklahoma has a new crypto bill. Senate Bill 1430, authored by Senator Nathan Dahm, was introduced on Jan. 15 to establish a “new type of financial institution to be a state-chartered financial institution and the central depository for virtual currency used by governmental agencies in this state.” The new financial institution will also provide financial and technical services to blockchain and crypto innovators as well as developers.

The U.S. Securities and Exchange Commission (SEC) took crypto-related actions this past week. On Jan. 14, the agency issued an Investor Alert on initial exchange offerings (IEOs). The notice came from the commission’s Office of Investor Education and Advocacy. It explains various aspects of IEOs, including whether they comply with federal securities laws. “Be cautious if considering an investment in an IEO,” the notice states. “It is a red flag if the IEO and its participants, including the online trading platform, do not address or discuss the applicability of the federal securities laws.”

In addition, the SEC said on Jan. 21 that it has reached agreements to settle with three defendants, including the former Riot Blockchain CEO. Meanwhile, a lawsuit against Ripple continues at the U.S. District Court for the Northern District of California, the outcome of which may decide the fate of XRP.

The Indian supreme court has been actively hearing the crypto vs. RBI case over the past week. The court heard the case over three consecutive days last week as the counsel for the Internet and Mobile Association of India (IAMAI) presented his arguments against the banking restrictions by the central bank. He explained that the RBI does not have the power to ban cryptocurrency, but taking away the bank accounts of crypto exchanges constitutes an “absolute ban.” The central bank argued that it did not ban cryptocurrencies.

On Wednesday, Jan. 22, the court resumed hearing the case. The counsel for crypto exchanges presented his arguments against the banking restrictions. The RBI counsel also took center stage, arguing on behalf of the central bank. Meanwhile, a Center of Excellence in Blockchain Technology has been inaugurated by Union Minister Ravi Shankar Prasad in Bengaluru.

Canada’s New Guidance on How Securities Law Applies to Crypto

The Canadian Securities Administrators (CSA) on Jan. 16 published Staff Notice 21-327 Guidance on the Application of Securities Legislation to Entities Facilitating the Trading of Crypto Assets. The aim of the notice is “to help these entities to determine situations where securities legislation may or may not apply.” The regulator detailed that, for example, “Securities legislation may apply to platforms that facilitate the buying and selling of crypto assets that are commodities, because the user’s contractual right to the crypto asset may itself constitute a derivative, a security or both.” However, it added:

The relevant determination will depend on the facts and circumstances, including the obligations and intention to provide immediate delivery of the crypto asset.

The Australian Securities and Investment Commission (ASIC) has reportedly approved micro-investment fintech company Raiz to operate a bitcoin retail fund. The company plans to launch the fund in the first half of this year. In December, it had $445 million in funds under management from 211,000 paying customers, out of the 300,000 users who opened an account. The fund is expected to invest 95% in exchange-traded funds (ETFs) and 5% directly in bitcoin. The Thai Securities and Exchange Commission has approved a new company to operate a digital asset exchange. According to the commission’s website, Zipmex is not yet operational but has been approved to offer both cryptocurrency and digital token trading. Headquartered in Singapore, Zipmex also has offices in Thailand, Australia, and Indonesia.

In Malaysia, the Securities Commission Malaysia has issued guidelines on fundraising via token sales. All token offerings must now be conducted on approved initial exchange offering platforms, which must be registered with the commission. No offerings can take place until the law goes into effect.

South Korea has made headlines several times over the past week regarding its plans to tax crypto profits. The Ministry of Economy and Finance recently clarified that they cannot be taxed under the current law. Nonetheless, the country’s National Tax Service imposed a withholding tax of $69 million on Bithumb, one of the country’s largest crypto exchanges. Bithumb has filed a complaint with Tax Tribunal seeking to recoup the tax payment it already made.

The ministry has also reiterated several times that it is reviewing the tax code so that crypto profits can be taxed. The country made headlines again on Jan. 20 when a government official, who spoke on the condition of anonymity, told the Korea Times: Meanwhile, the Ministry of Science and ICT is planning to provide a number of blockchain-based public services, Business Korea reported on Jan. 20. The ministry will allocate a budget of 16.1 billion won ($13,839,711) for blockchain R&D and resume preliminary feasibility studies. The ministry and the Korea Internet & Security Agency are preparing to launch pilot blockchain projects.

A 200-page handbook on digital currency has been published by the publishing house of People’s Daily. Entitled “Digital Currency: A Reader for Cadres,” the book includes 23 articles on topics ranging from the basics of the concept to its impact on monetary systems and global finance. It is an addition to a series of guides for cadres covering a variety of subjects, including artificial intelligence and blockchain.

The book contains articles by experts and scholars from central banks, including the People’s Bank of China, major commercial banks, and well-known research institutes. It explains and analyzes the nature, development, impact, opportunities, and challenges of digital currencies in detail. According to Bloomberg, its postscript describes that the articles selected “hope to help Party cadres deepen their understanding” of the technology.

In Venezuela, President Nicolas Maduro has continued to push the petro, his country’s so-called cryptocurrency which many are calling a scam. He announced on Jan. 17 that a casino will be opened at the Humboldt Hotel in Caracas where all bets must be placed in petros. He explained that people can exchange yuan, yen, dollars, euros and a number of other cryptocurrencies for petro tokens and gamble. The U.K. tax authority, HM Revenue & Customs, posted an open opportunity for contractors to create “cryptoasset blockchain analysis tools,” suitable for small and medium-sized enterprises. The notice states that the contract, worth £100,000, seeks:

The Russian Federation has a new prime minister, Mikhail Mishustin. The former head of the Russian tax agency has made comments about cryptocurrencies on multiple occasions. He made it clear he viewed digital currencies as financial instruments that should be taxed as such. Meanwhile, the Russian Direct Democracy Party plans to find solutions to numerous issues that concern the crypto space.

Several recent crypto regulatory developments stem from Uzbekistan. The National Agency for Project Management (NAPM), a government body under the country’s president, revealed this week its 2020 plans for the regulation of crypto trading and the implementation of blockchain technologies. A mining pool has been proposed that will help consolidate the capacities of domestic and foreign miners at the national level.

Moreover, a new presidential decree envisages the introduction of tax exemptions for crypto-related income. A recently published draft document incorporates proposals to establish a blockchain valley and licensing regime for cryptocurrency miners. The country has just launched its first licensed crypto exchange where miners can sell their mined coins.

Six central banks and the Bank of International Settlements (BIS) have formed a group to share experience as they assess potential cases for central bank digital currencies (CBDCs) in their home jurisdictions. The central banks involved are the Bank of Canada, the Bank of England, the Bank of Japan, the European Central Bank, the Sveriges Riksbank, and the Swiss National Bank. Co-chaired by Benoît Cœuré, the head of BIS Innovation Hub, and Bank of England Deputy Governor Jon Cunliffe, the group will work closely with relevant organizations such as the Financial Stability Board (FSB) and the Committee on Payments and Market Infrastructures (CPMI). Its members will include senior representatives of the participating institutions. According to the Bank of England:

The group will assess CBDC use cases; economic, functional and technical design choices, including cross-border interoperability; and the sharing of knowledge on emerging technologies.

Earlier this week, the Organisation for Economic Cooperation and Development (OECD), with 36 member countries, formed a “high-level expert group” for blockchain, which includes executives of crypto companies. They will advise the organization on blockchain technology.

Another intergovernmental organization that recently made efforts towards crypto oversight is the Financial Action Task Force (FATF). It recently held a supervisors’ forum to discuss the supervision of crypto assets and related service providers. This is the first time regulators and supervisors had the opportunity to discuss and share crypto supervisory knowledge and experience since the FATF issued its guidance on crypto assets in June last year.

What do you think of the regulatory developments worldwide covered in this roundup? Let us know in the comments section below.

Polkadot Will Finally Launch This Year – But Is the Multi-Chain Network too Late to Catch Ethereum?

Remember Polkadot? It’s the multi-chain network that raised $145 million in 2017 and hasn’t been seen since. But unlike many...