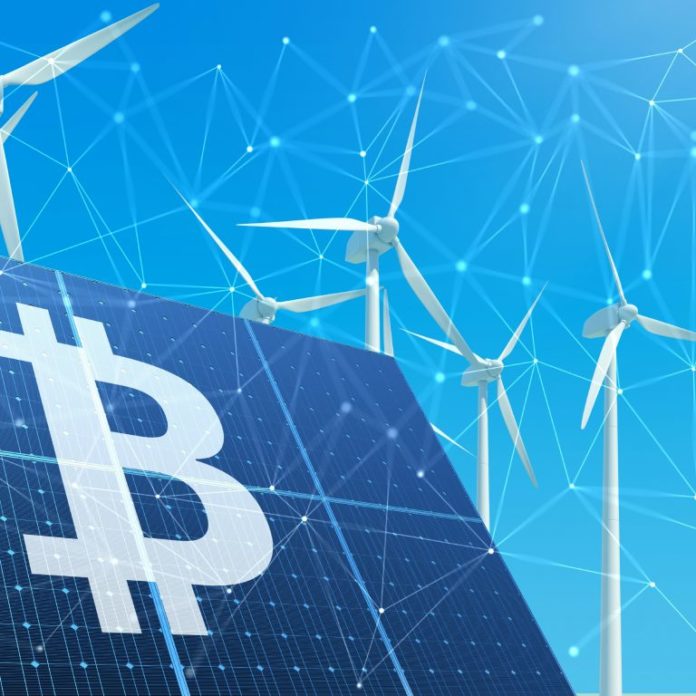 The majority of bitcoin miners — about 78 percent — use renewable energy to power their mining operations, while preventing surplus electricity from going to waste in countries such as China, a new study by Coinshares has revealed. The U.K.-based digital asset management company argues that “bitcoin mining may in fact be acting as an electricity buyer of last resort,” contrary to the mainstream media construct of it being an environmental menace. In its report, “The Bitcoin Mining Network,” Coinshares said that the multibillion-dollar cryptocurrency mining industry is using a lot of excess clean power in China, where the government has poured billions of dollars into the development of solar, wind and hydroelectric power plants. China accounts for 60 percent of global bitcoin mining.

Renewables also dominate in mines throughout the Paciﬁc Northwest, in U.S. states such as Washington and Oregon, as well as the Canadian province of British Columbia. And there are also many miners using renewable energy in Scandinavia, a region that extracts about 35 percent of the global bitcoin total.

But China’s large-scale investments in the energy sector have strained electricity networks, leading some grid operators to refuse to accept significant amounts of surplus renewable energy capacity, in a practice known as curtailment. Coinshares found that many Chinese miners are actually using curtailed, excess electricity to power their activities, rather than letting the electricity go to waste.

“Based on historical data on energy mix and locations of cryptocurrency mining operations in China, we have shown that contrary to the common narrative, the vast majority of global bitcoin mining capacity is running on renewable energy,” wrote Christopher Bendiksen, Samuel Gibbons and Eugene Lim of Coinshares in the report.

The study noted high levels of renewables penetration in parts of the world that are home to mining companies — as high as 90 percent in mining hotbeds like China’s Sichuan province. The researchers argue that bitcoin mining is helping to prevent energy from going to waste.

If demand for bitcoin mining keeps increasing, its demand alone could facilitate opportunities for tapping highly productive renewables locations in areas that today would be uneconomically remote.

The findings challenge the common line in the mainstream media that bitcoin mining consumes a lot of coal-generated electricity — a narrative followed by some academics. In a recent study, for example, researchers at the University of Hawaii at Manoa examined how the rapid increase in the use of cryptocurrencies like bitcoin would impact the environment. They came to the conclusion that within two decades, bitcoin mining could contribute to global warming on a similar level to the energy and transport industries. The researchers compiled data on the use of 40 different technologies, “ranging from dishwashers and e-books to electric power and the internet. They used this information to estimate the rate of uptake this cryptocurrency will see in the coming years.” But mining is a computationally demanding process using expensive computers, so it’s not always easy to come up with accurate and reliable estimates of bitcoin’s true carbon footprint. And it does not help that the researchers in Hawaii compared the environmental impact of household appliances like dishwashers to bitcoin. A more realistic approach would have analyzed electricity use in the banking industry.

78% of Miners Use Renewable Energy

According to the Coinshares report, an estimated 77.6 percent of cryptocurrency miners throughout the world use renewable energy such as hydropower, making it “greener than almost every other large-scale industry in the world.” Miners are also aware of the importance of energy conservation, with the researchers noting that cooler temperatures in northern China, another key mining hub in the country, reduce the need for cooling systems for the mining hardware.

“It is therefore our belief that the claims around the environmental damage caused by cryptocurrency mining fundamentally miss out on the fact that many miners, in their self-serving search for the most cost-efficient form of electricity, have zoomed in on global regions with a glut of renewable electricity as prime locations for mining,” Coinshares stated.

What do think about the Coinshares report? Let us know in the comments section below.

Images courtesy of Shutterstock and Coinshares.