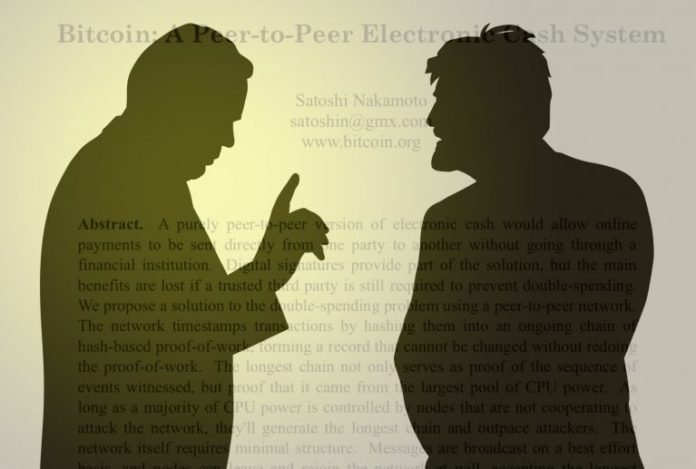 There’s been furious debate over the last few years on whether or not Satoshi created Bitcoin to be a peer-to-peer cash system or a purpose-built store of value. Lately, a few BTC proponents claim that Satoshi deliberately built Bitcoin to be a store of value (SoV). Despite the SoV narrative, the cofounder of OB1, Samuel Patt, wrote an in-depth research report uncovering nearly “everything Satoshi ever wrote,” which makes him firmly believe Satoshi’s invention was really “built for payments.”

Store of Value Vs. Payments

BTC maximalists have been pushing the idea that Satoshi Nakamoto purposely designed Bitcoin to be a store-of-value (SoV) or the next digital gold. This debate has raged on for years, but more recently certain so-called thought leaders have determined that Bitcoin was meant to be an SoV and there’s absolutely no way it was designated to be peer-to-peer cash. Some have even said that Satoshi used the words peer-to-peer and cash because they think he/she couldn’t come up with anything better, while some have had the audacity to say they would go back in time and remove the words “cash” from the white paper. One BTC proponent, Dan Held, cofounder of Zeroblock and Interchange HQ, has been bolstering the SoV narrative for quite some time. Held calls bitcoiners who believe otherwise the “cheap payments side” and often dismisses those who disagree him by saying “you don’t get it.” “Still think Bitcoin was meant for cheap coffee payments? Then you need to read this thread,” explained Held on Twitter. Throughout the subsequent thread, Held shares a variety of quotes from Satoshi that makes him believe the technology was purposely built to serve as a store of value.

However, on June 6 the cofounder of OB1, Samuel Patt, stated that he disagrees with the SoV theory and Held’s subjective valuation. OB1’s Patt has written a post called the “Breakdown of all Satoshi’s Writings Proves Bitcoin not Built Primarily as a Store of Value,” which shows Satoshi’s writings predominantly lean toward a payment system. Patt’s highly detailed post combs through hundreds of forum threads, emails from Satoshi, and the software itself. “After reviewing all of Satoshi’s writings, I can confidently state that Bitcoin was not purpose-built to first be a store of value — It was built for payments,” the research paper notes. Alongside this, Patt says he is merely debating the historical premise that BTC was purpose-built to be an SoV. Not what BTC is today or what it should be in the future, the author details.

“But that doesn’t mean that people should be given a free pass to rewrite history and make false claims about Satoshi’s intentions,” Patt writes. “That’s intellectually dishonest and needs to be called out.” Patt’s research cites every single tweet within Held’s SoV Twitter thread and countless other comments from Satoshi’s online statements. Satoshi had also mentioned Bitcoin as a use case for payments 34 times and Patt also highlights that throughout the many Bitcointalk.org threads Satoshi never corrected people for referencing Bitcoin as a payment vehicle. “Satoshi encouraged these efforts and joined in many of these threads,” Patt details. The OB1 cofounder also details how people like Held have stated that Satoshi only mentioned these things to get the attention of cypherpunks. Patt suggests that Held believes that Satoshi created an elaborate “marketing” scheme in order to get people to use Bitcoin. To Patt, the answer is far simpler than these claims. “Satoshi intended Bitcoin to be used for payments, and he reached out to the cypherpunks because he knew they would like the idea — Occam’s razor applies here, there’s no reason to propose a substantially more complex answer than the simple one,” Patt’s research paper details.

Throughout the day, a few other well-known cryptocurrency advocates revealed that they agreed with Patt’s research. I’ve always maintained that payments were what Satoshi originally intended Bitcoin for, not ‘Store of Value,’” explained Vinny Lingham on Twitter. “That said, he left Bitcoin, so the community is now in control, for better or worse.” Multicoin Capital managing partner Tushar Jain said: “Satoshi clearly built BTC to be a medium of exchange — It’s literally called peer to peer digital cash in the title of the white paper.” Cornell professor Emin Gün Sirer shared his opinion as well concerning Samuel Patt’s study and stated:

An incredibly careful, detailed, and devastating post that takes down the false narrative that Satoshi was attempting to build a Store of Value.

Of course, Held and other SoV fans disagreed with Patt’s research and observations. Juan Galt detailed on Twitter that “Bitcoin was purpose-built to end central bank manipulation over interest rates and money supply.” “As to what the best technical path to get there is, the market continues to vote, Store of Value first, then Medium of exchange later, after scale, volume and price stability,” Galt added. Held insisted he was “the first ever include both the white paper, forum posts, protocol, and timing” all of which he wrote to battle the “muh payments narrative.” It remains to be seen which narrative will triumph in the end with this seemingly never-ending debate. There are a lot of crypto enthusiasts who believe that a peer-to-peer electronic cash system is needed to bolster economic prosperity and don’t believe that people just holding and mere speculation works well over time. Over the last few months, the conversation concerning Bitcoin being specifically designed to be an SoV caused Patt to respond in a very detailed manner. It’s likely the crypto community will continue to debate this subject until people are truly satisfied that the market has answered.

The post Report Insists ‘Bitcoin Was Not Purpose-Built to First Be a Store of Value’ appeared first on Bitcoin News. 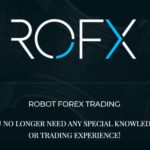 TrueGoldCoin goes back to the roots of coins with TGC

The versatility of Blockchain plus the real value of gold reserves backing it, results in TGC Today, we are presenting...