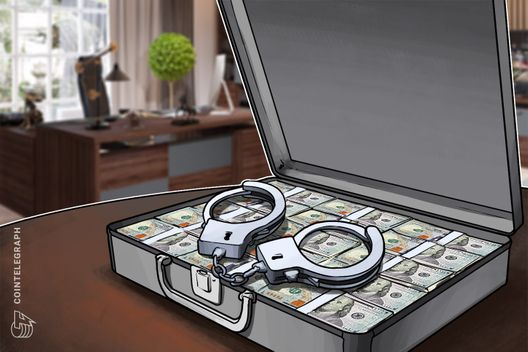 A top member of the Germany-based Iota (IOTA) Foundation has said the majority of the ~$11 million alleged to have been stolen in a major Iota token heist last year has been found, Reuters reported Jan. 30.

As reported, the suspected perpetrator of the heist was arrested earlier this month in Oxford, U.K., following a multilateral investigation by Europol, British and German police authorities.

The investigation first launched early 2018, after multiple citizens had reported stolen funds to local German police. Over 85 victims of the theft have since been identified, with the total IOTA stolen estimated to be worth ~10 million euros (~$11.4 million).

Dominik Schiener, Iota co-founder and co-chairman of its board, told Reuters that:

“[f]rom what [the Foundation knows], just a small amount of the 10 million euros has not been found. The exchanges have blocked the hacker’s accounts. He tried to free the money, but he did not succeed.”

The funds are reportedly now being held by law enforcement authorities to be used as evidence against the suspect. Schiener outlined that while investigators had initially thought the heist to have been perpetrated by an organized group, their trail led to the work of a single man, who reportedly “had a normal job and is well-educated.” His identity has not been disclosed.

This post was originally published on https://cointelegraph.com/. The IOTA-News Community curates, examines, and summarizes news from external services while producing its own original material. Copyrights from external sources will be credited as they pertain to their corresponding owners. The purpose is to make use of 3rd party content or pictures as either allusion or promotional endorsement of mentioned sites. If you have a claim of copyright infringement with respect to material, please mail to support[at]iota-news.com. IOTA-News.com is a community run website and is NOT affiliated with the IOTA Foundation in any way.