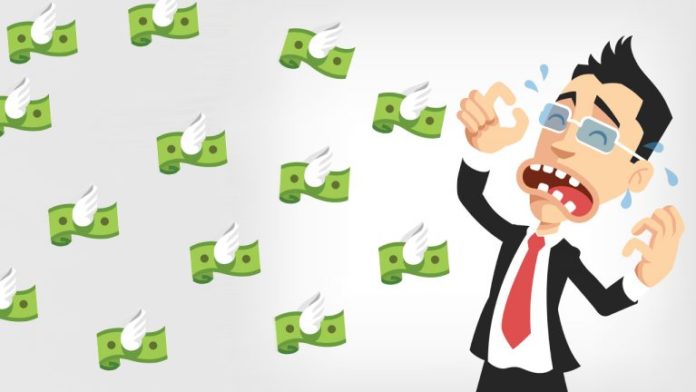 The world’s largest banks lost a considerable amount of market valuation amid the Covid-19 pandemic, according to a new report that estimates financial incumbents lost $635 billion. Between December 2019 and August 2020, the market caps of 14 major banking institutions lost upwards of 30-50% during the time period.

The biggest loser was Wells Fargo, which lost roughly -56.26% during the time period. Spain’s Banco Santander came in second place, losing -46.16% of its aggregate valuation.

Stats show that while Japan-based Mizuho Financial Group only lost 11%, the American bank, JP Morgan Chase saw a -30.16% drop in value in H1. The major losses from all 14 banks worldwide were significant drops, the Buyshares report highlights.

But researchers also stress that it “could have been much worse if there was no intervention from central banks.” Financial incumbents curbed disaster by receiving massive stimulus from the Federal Reserve. Additionally, the research says that regulators easing restrictions on liquidity, reserves, and capital “proved beneficial.”

Data shows that American banks took the largest hits, but JP Morgan Chase still has a decent market cap ($305.44 billion) today. Chinese banks followed American banks and both groups saw the biggest losses in February, as the start of the pandemic began to shake markets.

Meanwhile, the American banking cartel and the nation’s wealthiest 1% have been accused of fleecing $50 trillion from the bottom 99% during the last few decades. The accusation stems from a working paper written by Kathryn Edwards and Carter C. Price from the RAND Corporation called “Trends in Income.”

According to Price and Edwards calculations, during the course of four decades between 1975 through 2018, the estimate was around $47 trillion at the end of the year. The estimate crossed the $50 trillion zone in early 2020 and the disparity grew by $2.5 trillion per year.

The wealth disparity has stemmed from America’s political class (bureaucrats), a few generational demographics (statists), and the modern-day money changers (U.S. banks and the Fed).

Robert Kiyosaki, the author of the best-selling book “Rich Dad, Poor Dad,” recently tweeted about the wealth inequality and said crypto-assets like bitcoin will help younger generations improve the situation.

Despite the banker’s losses, not many people on social media and forums (if any at all) are too concerned with the world’s megabanks after they have been given a lifeline of dollars from the Fed.

Despite Altcoin Drop, This Analyst Thinks Bitcoin Is On Track for $11k

Bitcoin has dropped around $200 from the daily highs as sellers have stepped back in. The drop comes in spite...