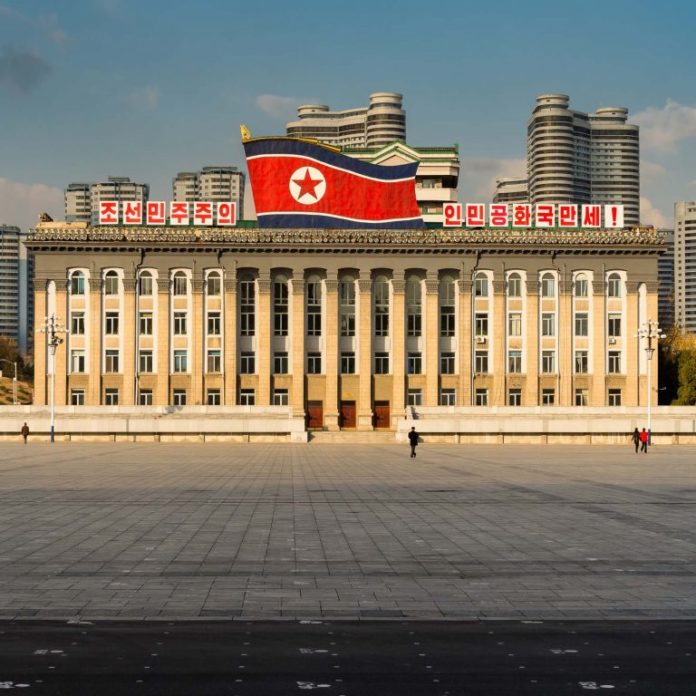 North Korea is reportedly planning to hold a conference devoted to blockchain technologies and cryptocurrencies. The event, said to have been scheduled to take place in October, is expected to bring experts from around the world who will meet representatives of North Korean enterprises. The Democratic People’s Republic of North Korea (DPRK), the hermit communist state that suffers from bad publicity in the crypto space, is organizing a cryptocurrency and blockchain conference in Pyongyang in October. This is according to a report by the U.S.-based Radio Free Asia (RFA) quoted by the South Korean Yonhap news agency.

The first Korean International Blockchain Conference will be a two-day event in the capital city of the DPRK, starting on October 1. According to the report, the conference will bring together experts in the field from around the world. Participants are also expected to hold meetings with representatives of the North Korean state-run entities on October 3.

Speaking on condition of anonymity, a security expert told the radio station that North Korea appears to be trying to show off its capabilities when it comes to cutting-edge crypto and blockchain technologies. The news about the upcoming Pyongyang event comes after another report implicating the communist regime of exploiting digital security weaknesses in the West to acquire crypto capital through illicit means. Lazarus Group, a cybercrime syndicate often associated with North Korea, has deployed new malware adapted to infect multiple operating systems.

Researchers at the cyber security firm Kaspersky claim the presumed North Korean hackers have recently initiated a new campaign named “Applejeus” using a trojan called Fallchill. The cryptocurrency-stealing software was discovered after it penetrated the IT systems of an unnamed cryptocurrency exchange based in Asia.

The attack took place after one of the platform’s employees downloaded an infected crypto trading application from a legitimate-looking website. The experts found that the Fallchill trojan had been redesigned to target not only Windows PCs but also macOS devices and possibly Linux machines. This is not the first time the DPRK is accused of attempting to get hold of stolen cryptocurrency. In March, former NSA official and cyber security expert for the Asia-Pacific region, Priscilla Moriuchi, said the North had obtained at least 11,000 bitcoins (BTC) through mining and hacking in 2017. At the time the value of the crypto fortune was estimated at over $200 million USD.

Last year the notorious Lazarus Group was implicated in attacks on South Korean cryptocurrency exchanges. According to intelligence sources in Seoul, North Korean hackers have been involved in the cyberattack on Bithumb, the country’s largest crypto trading platform, which compromised personal data of more than 30,000 users.

Forced to deal with limited access to the global financial system, Pyongyang has been trying to also take advantage of the opportunities that come with cryptocurrencies in terms of unrestricted and anonymous transactions. The seriousness of the intentions of Kim Jong-un’s regime to develop the country’s potential in the space were confirmed by reports that Pyongyang University is conducting crypto courses.

What do you think about North Korea hosting a crypto-blockchain conference? Let us know in the comments section below.

Iran’s National Cyberspace Center has revealed that the draft of the state-backed cryptocurrency project is ready, local news outlet Financial...