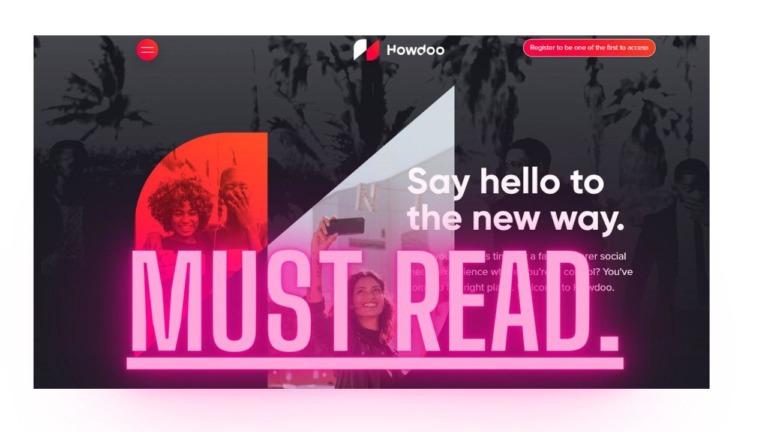 This could be a game-changer as Hyprr (formerly Howdoo) incorporates most of the benefits of other social media platforms and combines them into one. Oh…and it’s also on the blockchain, so censorship-resistant you could say.

HowDoo officially changes its name to Hyprr. The team is pleased to finally announce the launch of their new blockchain-powered social media platform Hyprr going public in August.

Why Hyprr? You may ask.

The answer is simple and straightforward.

The current social media landscape is no longer sustainable. There have been several cases of data breach and unauthorized mining of users’ data. The owners of the popular social media platforms wield too much power and take arbitrary decisions. It is really all about them and what they want, when in fact, it should be about the users.

Now is the time for a change. This is why the idea of a social media platform truly powered by blockchain technology is an exciting one. A platform that gives full control and ownership to users, a safe and secure space where users can decide what happens to their information. A social media platform where content creators are duly paid and rewarded for their content. The good news is, a social platform like this already here, it is called Hyprr. Let’s say you’re a content creator with a few thousand followers, well under youtube’s model- or anyone else’s for that matter, you’re hardly making much. With Hyprr, you receive upwards of 90% of the revenue, and get this- you can start a subscription service for your channel, right inside your account. Want to have multiple accounts for different audiences or interests? No problem, done. It’s not like facebook where you’re restricted in every which way, not like twitter where you can just tweet, and not like tik tok where it’s all about footage- it combines the best of all in terms of mediums, and then allows creators to monetize their own content. In short, it puts creators in business for themselves. That’s a way better model for creators, and it’s no surprise that Hyprr already has several hundreds of creators lining up for their beta opening. That’s a potential user base of millions…and they’re hardly getting started.

Hyprr is a revolutionary blockchain-powered social media platform introducing the world to a new way of using social media. Hyprr allows users 100% freedom and flexibility over their information and content. Users have power over their data and can decide if they want third parties to have access to it or not.

One of the amazing things about Hyprr is its frictionless tipping feature, as a content creator, if a user likes your content and decides to tip you, you get 100% of it instantly. It is so seamless. The main exchange for Hyprr as of now is Exmarkets, where it’s trading under the former Howdoo token symbol, which is UDOO.

Here are some other cool stuff about Hyprr and why it is going to change the face of social media forever:

Some Amazing Features To Look Out For

Hyprr is a blend of the features available on traditional social media platforms, and innovative ones that will give users a truly new experience. Hyprr combines short-form video, music integration, streaming and augmented reality plus photos, videos, streaming, blogs, and podcasting as well as integrating some features you already enjoy on popular social media platforms such as: Snapchat with its AR on photos and video to TikTok with short videos featuring music from your mobile.

Hyprr is set to deliver users an exciting and well rounded social media experience no platform has done before.

Decentralization – Unlike the current centralized social media platforms where operators control users’ accounts and information, Hyprr is a truly decentralized platform and none of your data is stored on a central server.

Privacy – Hyprr is an ethical and user-friendly social media platform that places premium priority over the protection of sensitive personal information. Hyprr gives users full control over their data and can share it at their discretion. This is to prevent Cambridge Analytica-like scandals. Users don’t sign off their data rights to any third-party or Hyprr.

Censorship-Resistant: Hyprr users will have the freedom to express their thoughts and ideas without censorship. That’s hardly the case today, the giants social media sites have become heavily politicized.

Digital rights management: On Hyprr, content creators will be able to protect their rights over their content.

In addition to these cool features and functionality, content creators will have full freedom on how they want people to engage with their content. Creators will be able to allow a preview % to be viewed before requesting payment to watch more. What’s more? Users will have the ability to tip, donate, pay for content and subscribe to their favorite channels.

Hyprr has announced a new native token that will be called the Hyp. This token is built on their own blockchain, which brings an end to their dependence on the ethereum blockchain. Current token holders have nothing to worry about as there will be a 1:1 swap of the UDOO to the HYPE and the tokenomics will remain exactly the same, with the same supply.

If you are a creator and are super-excited to get started with Hyprr, you will be able to join the platform(with over other 100k creators) this week so you can start setting up your channel and getting your best content ready so you can build a big following pretty fast.

The Hyppr app will be launched to the general public in late August, this will be published to the Google Play, Huawei App Gallery, Samsung App Store and IOS (date live for download subject to platform review and publication).

Excited to be a part of this revolutionary shift in the social media space? Then you want to be a part of the HYPE and join Hyprr. Now is the right time to allow users to have full ownership and control of their information and content, only a truly decentralized platform can make that happen, Hyprr Will. For more information on hyprr and its amazing features, visit their official website.