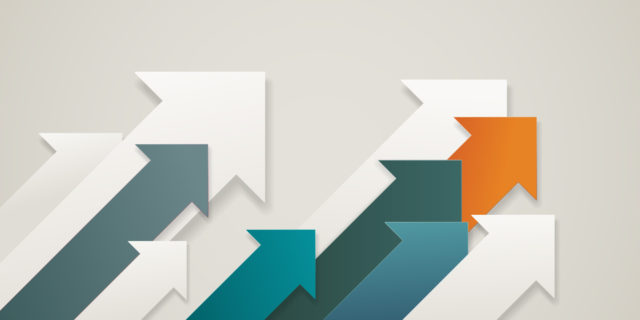 There are many investors that are still hesitant to get involved with Bitcoin. They make comments like cryptocurrencies are hard to own, BTC is for criminals, and other sentiments along those lines.
Yet a prominent financial educator and entrepreneur says that owning Bitcoin, silver, and gold is a wise decision. Here’s why he thinks so.
Robert Kiyosaki: Got Gold, Silver, and Bitcoin?
According to Robert “Rich Dad” Kiyosaki, an American entrepreneur and author, the “Federal Reserve is dead.”
He cited the increase in so-called “zombie companies” and their respective debts, purportedly at $900 billion. Kiyosaki writes that the debt “zombies” have will pass $1.6 trillion next year, putting risk on the Federal Reserve.

FED is Ded. Loans to Zombie CEOs cannot be paid back. In 2020 Zombies owe $900 billion with decling income. By 2021 Zombie debt to pass $1.6 trillion. Got gold, silver, Bitcoin? “Accept what ever comes to you woven in the tapestry of your destiny.” Marcus Aurelius. Take care.
— therealkiyosaki (@theRealKiyosaki) June 28, 2020

To combat this trend, alongside a potential debt crisis and money printing, Kiyosaki has effectively prescribed Bitcoin, silver, and gold. He has mentioned those assets to his over one million followers ad nauseam over recent months.
The “Rich Dad Poor Dad” author says that those assets are “real money” while the fiat money printed by Federal Reserve is “fake.”
Kiyosaki isn’t only bullish on Bitcoin in spirit — he has a price target for the cryptocurrency. He wrote in May that BTC could hit $75,000 in the next three years while the two precious metals also perform well.
Gold’s Booming — Bitcoin May Follow
Kiyosaki’s poignant comments on the economy and its relation to gold and Bitcoin comes as the precious metal has rallied.
As of the time of this article’s writing, gold trades for $1,770 — 15% higher than its price at the start of 2020. That’s also close to a new all-time high against the U.S. dollar, with the last one set after the 2018 recession.
Analysts expect this trend to continue moving forward.
CitiGroup was reported by Bloomberg to have raised its spot market forecast for gold prices, maintaining its “longstanding bullish bias.” Analysts at firms cited the “macro backdrop” of low-interest rates and “universal anxiety” about the pandemic.
Bitcoin has the chance to follow gold higher, especially in this macro environment. That’s according to some prominent analysts.
Paul Tudor Jones said in a research note titled “The Great Monetary Inflation” that Bitcoin is the “fastest horse in the race.” This was made in reference to the asset’s 21 million coin supply cap while other asset classes don’t have that benefit, even gold.
Jones is a billionaire hedge fund manager largely regarded to be one of the world’s best macro analysts.
Also touting this sentiment is Bloomberg’s Mike McGlone, a senior commodity strategist. He wrote in a recent report that with Bitcoin trading increasingly like gold, the latter rallying could boost the former:
“Increasing companionship with gold is a Bitcoin-price tailwind, in our view. At the highest-for-longest 52-week correlation and beta ever vs. the metal, the first-born crypto should continue to advance for reasons similar to gold, fueled by unprecedented global central-bank easing.”
Featured Image from Shutterstock
Price tags: xbtusd, btcusd, btcusdt
Rich Dad Poor Dad Author Continues to Promote Bitcoin

The financial crisis in Lebanon has seen its currency, the Lebanese pound, fall 80%. The International Monetary Fund (IMF) has...