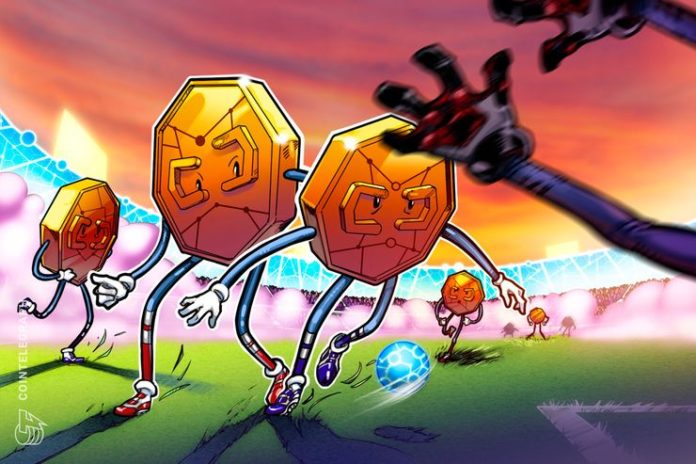 Ripple (XRP) has briefly surpassed the market cap of Ethereum (ETH) for the second time in a week Wednesday, September 26, once again temporarily becoming the second largest cryptocurrency by market cap.

Data from CoinMarketCap shows that XRP is now again ranked third with gains of 22 percent over a 24 hour period, with ETH in the second highest spot for market cap with gains around 3 percent by press time.

On social media, cryptocurrency traders and commentators reacted buoyantly to the fresh reshifting in the crypto top ten.

Ripple had hinted its xRapid payment system would shortly go live this month, an event which appeared to precipitate XRP’s rise as xRapid would feature the token as an integral part of cross-border funds transfers. U.S. bank PNC also announced last week that it would begin using RippleNet to process international payments for its clients.

At the same time, media sources appear unclear about the company’s prospects, with the Wall Street Journal this week claiming Ripple co-founder Jed McCaleb had “dramatically” stepped up sales of his personal stash of XRP in recent weeks.

Supporters hit back at the claims, while McCaleb responded that he was still abiding by the terms of token sales he had agreed with Ripple in 2016.