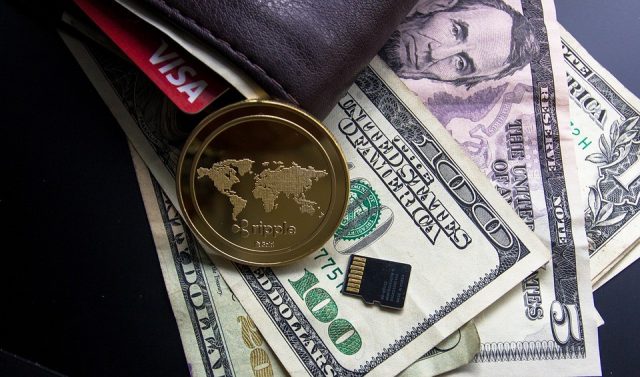 The Ripple naysayers may be forced to eat their words following a successful trial of the company’s highly touted xRapid technology. After partnering with financial institutions such as Viamericas and Mercury FX, Ripple was able to prove that its XRP coin can facilitate faster and more cost effective cross-border payments in an efficient way. Using the xRapid platform, businesses were able to send money from country to country in less time than conventional methods. As per the system’s protocols, the XRP coin offers “on-demand liquidity” which allows payment processors to make real-time transactions in emerging markets. According to the Pew Research Center, $600 billion is sent from the US to family and friends abroad every year. With payments often being small, the cost of processing and converting them from one currency to another is high. The accumulation of high demand and high fees means that costs can top $30 billion.

By using the XRP coin is an intermediary, companies and private individuals can reduce these costs by a significant margin. In fact, based on the results of the recent trials and the data provided by the Pew Research Center, Ripple could save businesses between $12 and $21 billion. For consumers, the knock-on effect of lowering costs would be cheaper goods and services. What’s more, it would mean safer and slicker transactions. Looking at the data, the average xRapid payment took two minutes during the recent trials. Compare this to processing times of up to two days under the current fiat system, and it’s easier to see how all parties involved could benefit from Ripple’s technology.

In addition to lower costs and faster payments, this technology should also improve the security of cross-border payments. Like all blockchain technology, information is stored on a public, unalterable ledger. The upshot of this is that every payment is put into a block which is, in turn, linked in an unbreakable chain. From here, companies can have more control over their records and, moreover, keep tabs on transactions for security purposes. In theory, these features should combine to create a payment system that’s efficient, secure and cost effective.

Naturally, as is often the case with an emerging technology, reality and theory aren’t always in sync. However, as the recent testimonies suggest, xRapid delivered on its promise.

With Ripple proving that its utility matches its hype, the market is bound to react in a positive way. One of the major issues many of the leading cryptocurrencies have had over the last two years is proving that they work.

Utility is Key to the Success of Ripple et al

While many crypto innovations have the potential to change the world, few have proved it. Because of this, the price of each coin is often based on belief, hope and a few minor developments. Indeed, even if you look at the price of Bitcoin, much of its fate is determined by market sentiments. Although you can use Bitcoin to pay for all manner of goods and services, it still hasn’t fully established itself as a mainstream currency. This means its value unstable. When you take this logic and apply it to a lesser known cryptocurrency such as Litecoin, you can start to see the problem. Even though crypto-insiders will see the utility of Litecoin, the general public can’t. This means that the coin’s value, like Bitcoin, is volatile.

For Ripple, an initial trial of xRapid won’t convince the world at large that it’s a useful product. However, it will certainly help. If the company can continue to demonstrate that XRP-based ledgers can speed up transactions, businesses will soon take note. Once that happens, consumers will start to reap the benefits in the form of better prices and lower costs. The fate of any cryptocurrency is dependent on public consumption. No matter how revolutionary the underlying technology is, none of this will matter when if it can’t manifest itself in reality. For investors playing the Ripple markets on eToro and the trading world at large, the trials will certainly go a long way to calming their nerves.

Even though CFD traders can benefit from the volatility of cryptocurrencies by speculating on the downside as well as the upside, longterm investors want to see mass-market approval. Ripple may not be all the way there, but it’s moving towards that goal. A few more successful trials and some official partnerships with major payment processors would cement the value of xRapid, XRP and the company as a whole. Is now the right time to invest in Ripple? Possibly. As we know, there are never any guarantees in the crypto world. However, Ripple looks to be moving in the right direction as fast as its ledger can process cross-border payments.

Ethereum’s mobile client called Status has just recently announced a new partnership with OmiseGo (OMG), as well as the platform’s...