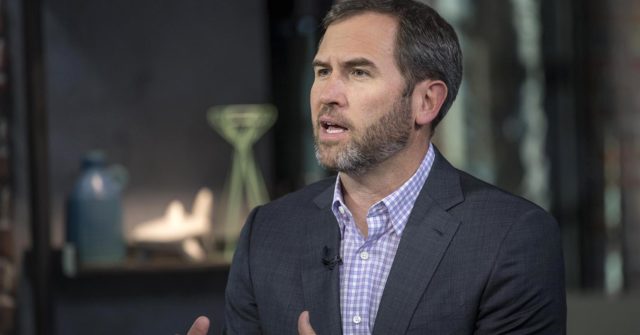 When the co-founder of SPQR Media (and presumably Ripple supporter) alerted Brad Garlinghouse of a fake YouTube account using his name, the Ripple CEO lost his calm. He took to Twitter to call for greater action on scammers, saying “enough is enough” and warning “more to come.”

Ripple CEO Tells YouTube to Crack Down on Scammers
When Garlinghouse discovered a YouTube account using his name to promote a fake XRP airdrop scam, he notably lost his rag. “Enough is enough,” he said, before pointing out that now, more than ever, in a time of global crisis, scammers needed to be held accountable by social platforms.
When people are especially vulnerable – – social platforms need to hold scammers (crypto and otherwise) accountable for stealing money from innocent victims

He went on to assure his followers that neither himself nor Ripple would ever conduct a giveaway of such a kind, “like the scams that continuously pop up impersonating me.”

My semi-annual PSA: @Ripple and I have not, nor will we ever, conduct a giveaway like the scams that continuously pop up impersonating me on @YouTube, @Instagram, @Twitter, etc. Action needs to be taken – more to come soon. (2/2)
— Brad Garlinghouse (@bgarlinghouse) March 25, 2020

But will the Ripple CEO actually back up his words with action? From the language in his tweet, it would seem so. He said:
Action needs to be taken – more to come soon
The Problem with Crackdowns on Socials
Crypto scammers and social media platforms go hand in hand. There isn’t a cryptocurrency project worth its salt that hasn’t been imitated by opportunist bad actors looking to prey on the gullible.
Most people know by now that the majority of giveaways are scams thanks to extensive education and warnings given out by the major cryptocurrency projects and their leaders. However, innocent people still end up being left out of pocket every day by crypto scammers.
The Ripple CEO certainly has a point when he says that these unscrupulous villains must be held accountable. However, we’ve also seen the damage that crypto crackdowns on socials can cause.
From briefly losing one of Bitcoin’s biggest advocates from Twitter Anthony Pomliano earlier this year to Ivan on Tech being banned from YouTube, there’s plenty of collateral damage.
So, whatever Garlinghouse has in mind with his promise of following through, let’s hope the right people are targeted and we don’t see another mass censorship of crypto accounts.
What do you think the Ripple CEO will do to stop these scams appearing? Let us know your thoughts in the comments below!

It’s troublesome times for everyone right now, not least for miners. But as Bitcoin experiences its second-largest drop in mining...