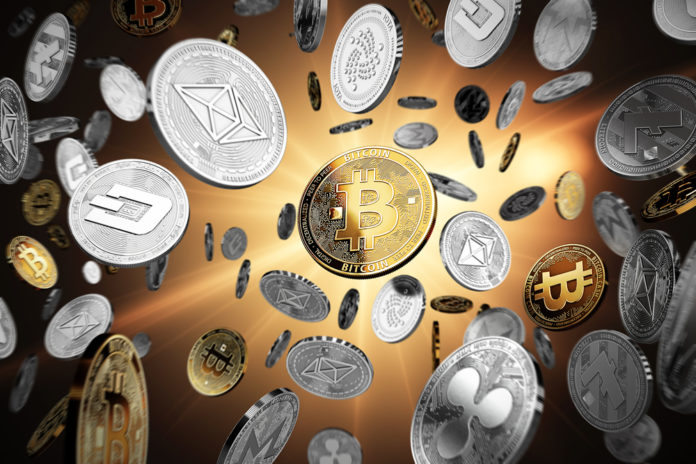 Current neutral observers are calling the crypto-coin market “volatile.” It’s not volatile. Since last December it’s been going down like a lead balloon, there’s no way around even for Bitcoin, Ethereum or Ripple (the top threes). But the cryptosphere marches on in the knowledge that bearish runs are not eternal but just a stage in which you wait for the next bullish run to arrive, and take advantage of the opportunity to buy cheap.

Last week was “Blockchain Week” in San Francisco, home of Silicon Valley and digital tech capital of the world. Many interesting news came out concerning Ripple, Ethereum and Bitcoin last week. Let’s briefly review some of them.

Ripple’s annual conference was held starting last Monday, with former President William Clinton delivering the keynote speech (which barely mentioned blockchain technology or cryptocurrencies at all) but gathering a lot of attention for the event.

Swell 2018 (that’s the conference’s name) concentrated on Ripple’s platforms’ applications and the launch of xRapid, the company’s new platform which will use XRP (Ripple’s native currency) as a means to consolidate an international remittances network.

Ripple’s technology to settle international payments is ready to go into the production stage. It’s not extensively deployed yet. But big players such as Banco Santander are using it already, and the tech is so good it could end up taking over SWIFT’s business. SWIFT’s conference is getting held at the end of this month too, and they also included Ripple in theirs (a big surprise to many).

The most relevant thing about Swell is that three big financial institutions are using xRapid in the production stage already, not just as a pilot or as a trial. If that works well for those three banks, many more will follow, creating demand for the XRP token and bringing Ripple’s technology into the traditional financial system’s mainstream.

Big and small banks all over the world are starting to realize how Ripple’s platforms and currency can give them a competitive advantage and joining in pilot programs. They can save money, time, provide their customers a better service. They’re paying attention.

The mood at Swell, according to participants, was very optimistic which is good news for everybody in the crypto community, not just for Ripple. It’s all about mainstream adoption, which is the point in which cryptocurrencies stand a serious chance to take over the world. No, we’re not joking about this.

After Ripple, we have Ehtereum to talk about. Things haven’t changed there in a while. The same amazing advantages. The same complaints: the network is slow, and the gas price becomes inconvenient as the token’s value goes up.

That is why the community is working hard to make things faster at Ethereum, but it’s also why many projects are looking to transfer their platforms away from Ethereum to other blockchains which are much faster and also much cheaper (Cardano, EOS, Tron are good examples, some of which, ironically, started over Ethereum).

On Bitcoin’s front, prices are still expected to rise. But nobody knows when. While nobody doubts this will happen, it’s becoming a bit of a tedious wait because it’s been ten months already.

There’s obviously nothing wrong with Bitcoin, but speculative pressure has kept it down for a very long time, and that pressure keeps almost all other coins down because, in exchanges, most cryptocurrencies are pegged to Bitcoin in some way or another.

In short: Despite the not so pleasing present, there seems to be a bright future ahead for Ripple, Ethereum and of course the king, Bitcoin. There’s plenty of good news in the cryptosphere, and we didn’t even mention Tron or other projects that have been leaping forward spectacularly. But don’t worry, we report on all those news too, every day.