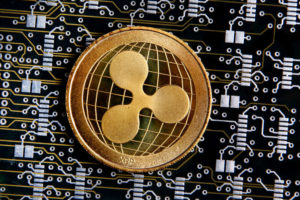 Cryptocurrency has been making headlines again in spring 2019. Not since late 2017 have we seen this level of news and trading volume, and this year just seems to be getting started. Bitcoin has been getting most of the attention it seems. And while Ethereum and Ripple remain #2 and #3 cryptocurrencies in the world by total market cap, it’s easy for these projects to get a little lost in Bitcoin’s shadow.

Despite relative inattention from the media, things are actually white hot at Ripple. Even though XRP prices are lower than they were on January 1, 2019, there has been an incredible amount of development on multiple international fronts.

Today, we’ll give you a quick summing up of what has happened with Ripple so far this year, and what this momentum means for the rest of 2019.

Ripple sold $169.42 million in XRP in Q1 2019. Many complain that Ripple Labs hold a lot of XRP, but clearly there are customers for the currency they hold back. The bulk of this XRP was sold to financial institutions (like banks) which use XRP to facilitate cross-currency transactions such as international remittances. That $169 million figure might sound like a lot, but it only is 0.32% of the total XRP market cap. Still, it represents a $40 million jump from Q4 2018, indicating that institutional momentum is starting to build for Ripple/XRP.

So who is buying all of this XRP? Fortunately for Ripple, a bunch of new institutions started using Ripple products and XRP in 2019. Most of these are banks, but some are fintech apps and companies of various kinds, including Euro Exim Bank, Transpaygo, SendFriend, Rendimento, JNFX, FTCS, Ahli Bank of Kuwait, WorldCom Finance, BFC Bahrain, ConnectPay, GMT, Olympia Trust Company, and Pontual/USEND.

Most of these additions failed to make headlines, as none of these businesses is an international household name in the same way PNC Bank might have been for Ripple in the past. Nonetheless, this proves that Ripple is making headway at all levels of the financial technology sector, and we expect this sort of adoption rate to draw further attention as the year goes on.

XRP was also taken on by at least 19 new cryptocurrency exchanges in Q1 2019, bringing their total exchange total to 120. XRP can now be purchased pretty much anywhere in the world by retail investors who believe in Ripple’s institutional mission.

We expect Ripple to continue to expand in 2019 on the three fronts already described: institutional sales, institutional adoption, and exchange adoption. The first two of these goals are likely the most important for Ripple.

As more and more banks and fintech companies start using Ripple products and the XRP currency to make international transactions faster and more affordable, services that use older and slower technologies are going to be left in the dust. In fact, 2019 could bring about a “tipping point” when Ripple truly becomes the new industry standard.

This will mean that even more XRP will be sold to institutional customers by Ripple Labs. We expect total sales to crest $250 million in Q4, and it’s possible that we might even see $1 billion sales quarters by year’s end.

All of this will almost certainly have a positive effect on XRP prices, and XRP holders will likely be glad they held their XRP through the end of the “crypto winter” and into a brighter 2019.

The post Ripple Seems Quiet. What’s Next for XRP in 2019? appeared first on The Independent Republic.

Smartphone Wallpaper Lets You Track the Price of Your Favorite Coins

Crypto investors are always keen to stay updated about market movements that change the value of their holdings. A live...