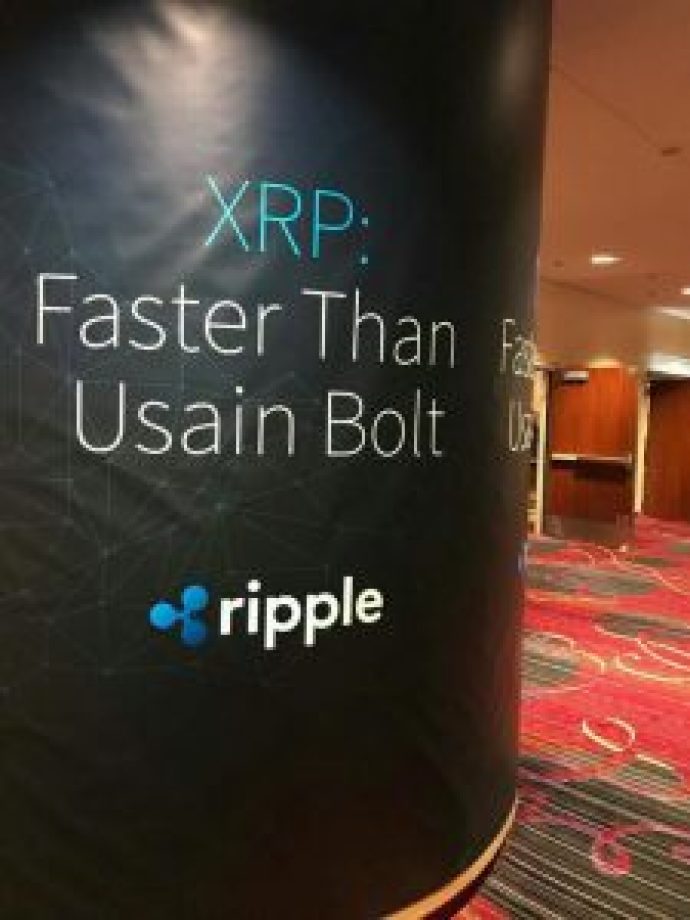 Ripple (XRP) – as a result of the healthy market cap and a number of investors making a beeline to dabble with Ripple’s offerings in the cryptocurrency market, the firm intends to make its own investments in a number of start-ups. For one, the San Francisco storage firm known as Omni has already accepted a $25 million investment from Ripple XRP. While this is the very first investment that has been made public by Ripple XRP, the company has also announced its intent of making a few more partnership deals with a number of other firms. As for Omni, the investment will also culminate in the storage firm accepting cryptocurrency transactions while deploying the XRP platform for its own business too.

Ripple Plans to Invest In A Number of Start-ups

Now, according to a Ethereum World News report, Ripple XRP also intends to partner with other companies in the financial industry so that they can use digital currencies and the transactional platforms that have been created by Ripple XRP. A new corporate strategy as announced by Ripple XRP CEO Brad Garlinghouse is a clear indication that its board is convinced that the company’s focus should be on high-value banking transactions. As a result, this can only ensure the longevity of Ripple XRP as a player in the cryptocurrency market. This is apart from the intention of partnering with companies from other industries that intends to use its XRP platform as a unique B2B solution, customized for its own needs.

According to a report by TechCruch, Ripple XRP has been criticized harshly for limiting the use of its XRP platform to banks and cross-border payments. What Garlinghouse also believes is that the volatility of the cryptocurrency market has really nothing to do with why more banks are not adopting Ripple’s XRP platform. In fact, he believes that it won’t be long – much like Voice Over IP – until cryptocurrency becomes the de facto standard by which payments are made across the world. Yet one thing is clear: Ripple XRP is definitely using the profits generated from its cryptocurrency offering to expand its business interests, in both the short and the long-term. Without a doubt, Ripple XRP intends to keep its market share even if it continues to lag behind cryptocurrency firms such as BitCoin and Ethereum.

The price of ripple is continuing to stagnate as the bearish trend continues against the US dollar and crypto giant bitcoin (BTC). The question on the lips of everyone is will XRP rise again and how much is it worth today.

Since the last time I checked, Ripple (XRP) was trading at $0.60, a 0.99 increase in the last 24 hours. This fluctuation has its own benefits and negatives depending on which side of the equation you fall under. Ripple has lost more then 82 percent of its market value since it reached its all-time high of $3.40 back in the early days of January. The market cap now sits at $59.25 billion, with $,383 million in trading volume over the last 24 hours. The emphasis has to be put on the fact that things can only go up from here, well that would be an optimistic take of things as they are at the moment.

The main thing to focus on is “this too shall pass” wise words I suppose. The company that founded XRP, Ripple Labs, continue to market their crypto currency on a global scale. With their 61 Japanese bank partners they announced a MoneyTap app in their latest bid to implement block chain technology in the finance sector.

The biggest myth or misconception regarding Ripple (XRP) seems to be that people believe that there is too much of it in circulation. This also substantiates the claim that its price will never rise significantly like bitcoin (BTC). Do you really think this is the case?

Is there truly a cap as to much Ripple (XRP) can grow? The surprising answer is No, and this crypto currency XRP has proven this analogy to be wrong the past. Think back to when it was only trading at $0.2, most of the people back then said it would never reach a dollar. If it were to do that it would have a market cap higher then most S&P 500 companies. XRP defied the odds and went ahead to hit highs of over $3, proving that it is a crypto currency to take note off.

People who don’t understand why XRP employs a high supply attitude must consider the magnitude of the market that XRP is targeting. Although, 100 billion may seem like a huge number it is pretty insignificant in international banking standards. To give you a bit of a backdrop, international banking transactions are done through accounts known as Nostro Vostro accounts. It is said that at any one time there is over $5 trillion in these enormous accounts. Now for the comparison. XRP volumes falls way short when looking at it from this perspective. If banks were to adopt Ripple (XRP) for cross-border payments, the supply would be quite low relative to its demand.
If this were to happen there would be nothing stopping XRP from reaching, $20, $40 or even $120.

This begs an even bigger question, is there a possibility that this can turn into fruition. What would stop the banks from creating their own Ripple (XRP) to serve the same purpose?  Incentive, there is absolutely no incentive for the bank to do this. The whole essence of Ripple can be encapsulated in the fact that it allows for value transfer without holding someone else’s value. In regards to banks this value is in FIAT. Because of the risk of fluctuations no bank wants to be exposed to another countries FIAT.

This is why Ripple is at forefront in solving this headache. They give banks a bridge to transfer value in less then 10 seconds. If they don’t want to shoulder the risk they can get the assistance from a third party. Can the problem then be solved by a bank owned crypto? Not at all, the bank would still carry the counter party risk, and still have to deal with the issue of Nostro Vostro.

Price prediction for ripple (XRP) in 2018

If I’ve learnt anything this past year, this must be one of the biggest truths. Ripple (XRP) is one of the most resilient crypto currencies on the market. In any case, I am holding steady on my $10.00 Ripple price prediction for 2018. Try not to overreact to the first quarter blues. There’s still a long way to go this year.