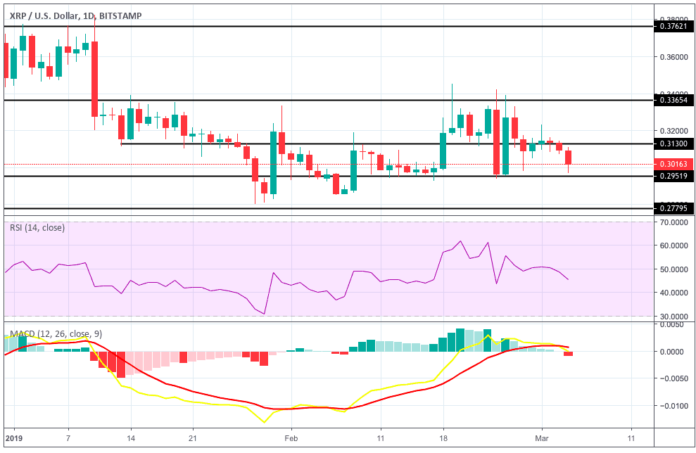 A week has passed since the announcement that Coinbase would be listing XRP.

This was an event which had been anticipated by traders as early as 2017.

Price increased 14% on the announcement but quickly reversed the following day.

Price failed to follow up with a second wave of buying and has now almost reversed almost all of its increases.

$0.296 has been acting as a support level for the past month and price is once again finding support at this level. 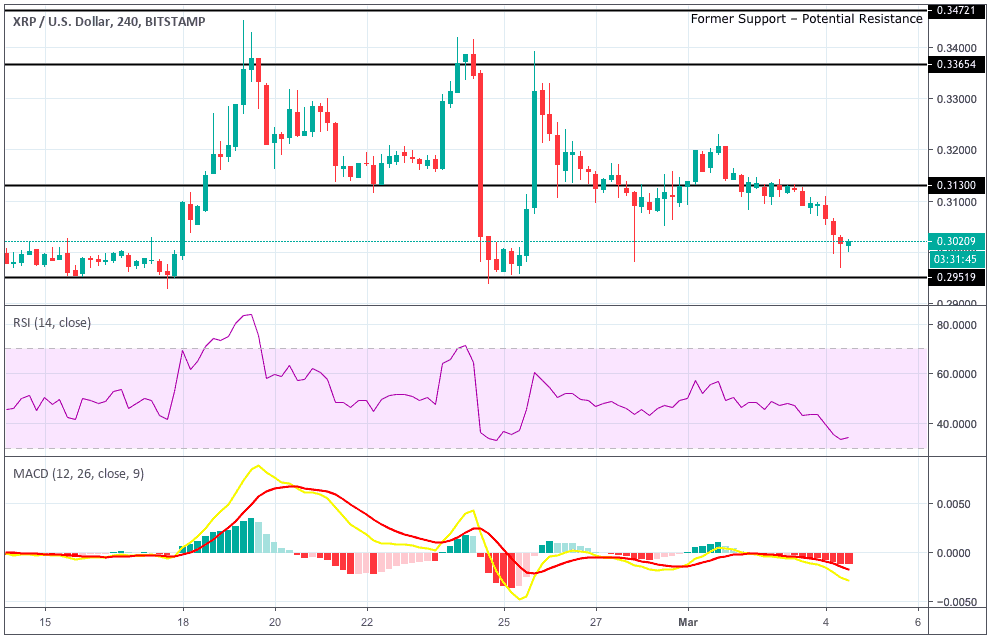 The 4-hour RSI and MACD indicates short-term momentum is with the sellers with both indicators decreasing.

Price dropped near the $0.296 support level in recent trading, but buyers quickly brought the price back up.

It is likely we will see another retest of this level in near-term trading with most top cryptocurrencies continuing to depreciate today. 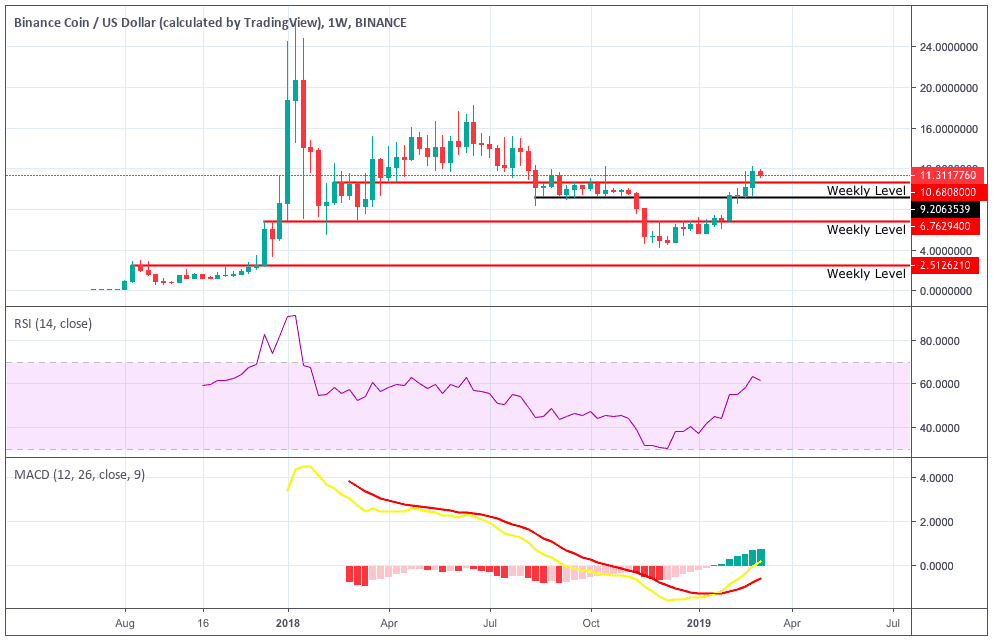 Binance Coin, BNB, had an extremely strong finish to the last week of trading.

Price managed to overcome a key resistance level, surpass its prior high, and also close the weekly candles near highs.

BNB was the top performer last week with data from Messari showing it recording an 11.63% increase over the past seven days while most top cryptocurrencies are recording losses over the same time period. 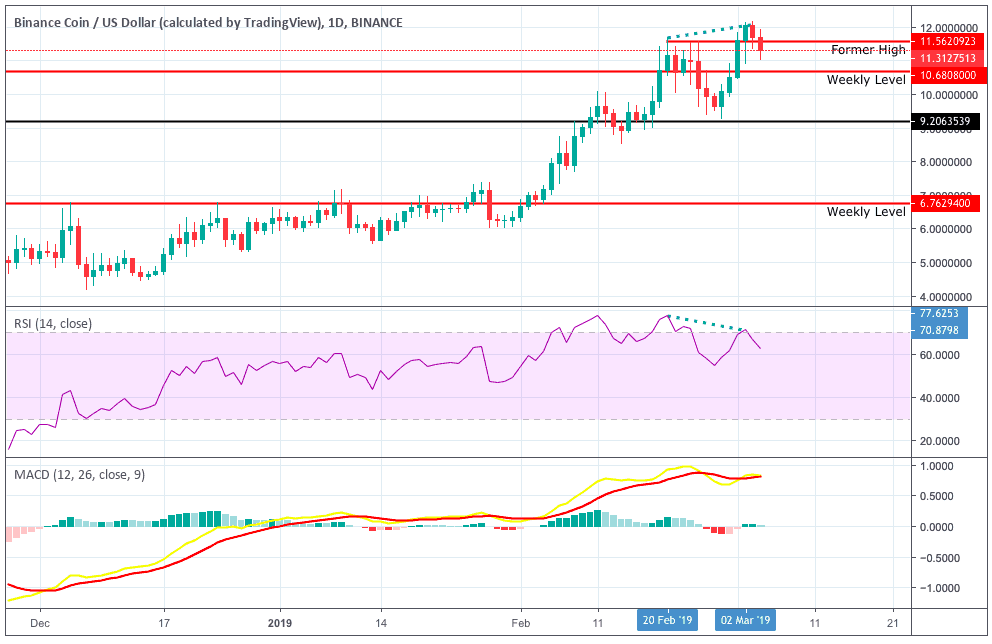 BNB has been undergoing a slight reversal over the past two days after a bearish divergence formed between the price and RSI.

A bearish divergence pattern is a typical trend reversal pattern that forms when the price goes on to form higher highs despite the RSI forming lower highs.

This shows price continuing to increase despite buying pressure falling. 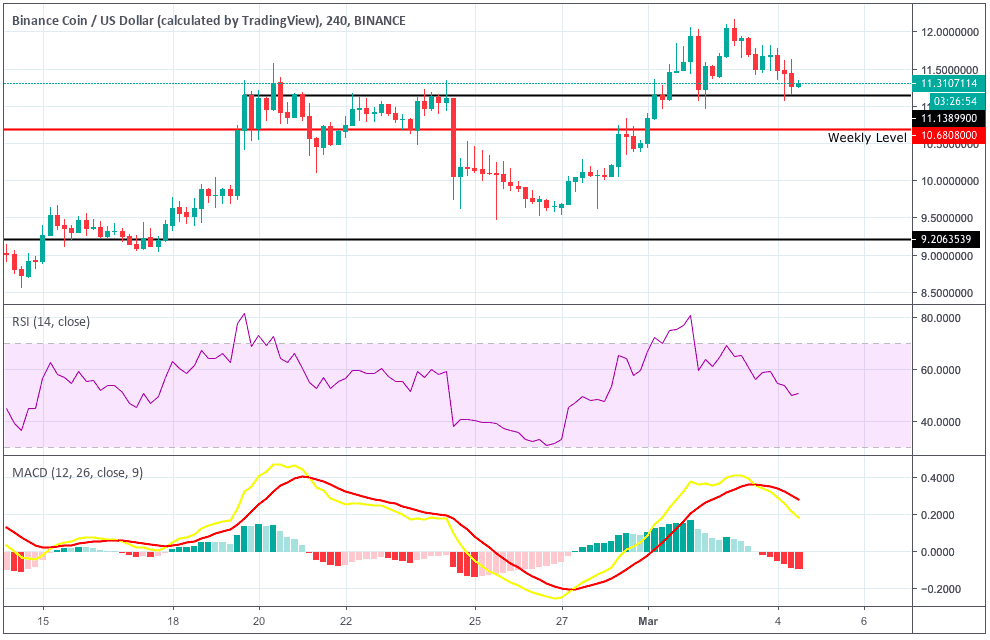 Price has fallen back to a former resistance level which looks likely to be now acting as support.

$11.13 acted as resistance several times in mid-February and price is now testing this level but finding buying pressure.