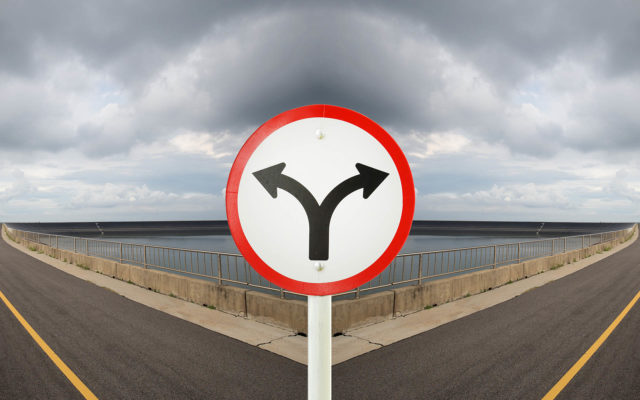 The Ropsten network showed what would happen if not all participants in the Ethereum (ETH) ecosystem agree on moving forward. The test net split into two and Etherscan temporarily stopped showing the blocks produced.

The planned Istanbul hard fork test, which would put a strain on 600 smart contracts, also opened a discussion on whether miners or core developers should be more influential. Mudit Gupta, a blockchain developer at Polymath, sees several possible scenarios when changes are introduced to the Ethereum main net.

Which is the real ropsten?

The one supported by the core devs but with smaller chain (instanbul fork)?

What will happen to the tokens that I issued on ropsten before the Istanbul fork?

Ethereum mining is still rather attractive and has drawn in multiple ASIC farms. In 2019, ETH mining hash rate has gradually grown, from around 140 million GH/s up to above 180 million GH/s. As the Ethereum developer team showed that proof-of-stake may take a while to surface, miners returned to the network to grab even the lowered 2 ETH block reward.

Now, the Ropsten test net produced two chains with different block heights. Blocks mined for the pre-Istanbul chain reached height 6,529,280. The post-hard fork testnet was found at block 6,508,554 as of 9:35 GMT on Sunday.

The “breaking/splitting’ of the test net is not seen as a serious event, as it would serve as a warning on what could possibly happen to Ethereum. Potentially, there is a conflict between the developers, who want to transform the network, and miners, who have invested significantly into ASIC. Producing two chains on the main net would potentially lead to a contentious hard fork, complicating the future of the ETH token and putting a strain on exchanges.

The Ethereum community decided against an ASIC-disabling hard fork, leaving the network with better protection, but also giving influence to miners. The Istanbul hard fork is one of the first to run on a test net. Now, there is no set date for implementing the updates on the main network. The update plans to implement six Ethereum Improvement Proposals (EIP) out of a previous selection of 30 upgrades.

The stakes are higher for ETH, as the asset is one of the leading altcoins when it comes to liquidity and influence on various markets. ETH traded at $175.88, stabilizing after the recent sell-off. The Ropsten test net problems arrive just days after the network saw one of its biggest overloads due to the Fair Win lottery game.

What do you think about the Ropsten chain split? Share your thoughts in the comments section below!