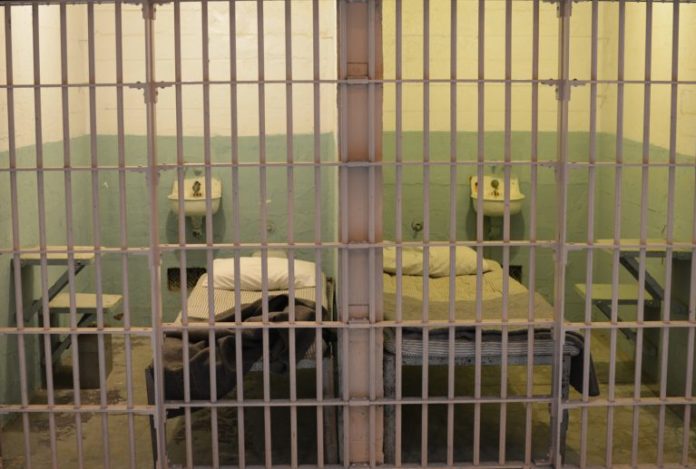 Forced to spend the rest of his days in a cage, Ross Ulbricht has recounted his situation in a letter, which explains how he’s spent more than 2,096 days in a U.S. federal penitentiary for running a website.

The letter from Ulbricht shows the world how skewed the justice system is when a cage is literally the answer to ‘correcting’ people’s behavior. The drug war has raged on for decades, leaving tens of thousands behind bars for victimless crimes. Ross Ulbricht was sentenced to a double life sentence without the chance of parole after he was arrested for his role with the Silk Road marketplace. The platform allowed consenting adults to purchase narcotics anonymously. Ulbricht says he’s been condemned to die in prison. He’s got lots of time on his hands and it’s given him time to ponder and ask questions.

“I was put in handcuffs for the first time when I was 29 years old. I was labeled a prisoner that day and have since spent 2,096 days and nights in the captivity of the U.S. federal government,” Ulbricht wrote. He added:

I’m still in prison, condemned to die here with a life sentence and no parole. Prison is nothing if not boring, so I’ve had many hours to think about all sorts of things, including who, if anyone, really belongs here. Ulbricht was sentenced at 1:00 p.m. EST at the Daniel Patrick Moynihan Courthouse in New York City on May 29, 2015. He was found guilty on seven felony counts based on being the creator of the anonymous online marketplace Silk Road and the charges were all non-violent. At the time, many cryptocurrency supporters were outraged and felt the double life sentence he received was draconian. Cryptocurrency enthusiast and music artist Tatiana Moroz, explained at the time that the sentencing of Ross Ulbricht was disgusting and further added that the “war on drugs has been an abysmal failure.” “It hasn’t stopped drug use and it has only exacerbated the problem,” Moroz emphasized. “It wastes billions in taxpayer money — It’s impossible to calculate the cost of the lives destroyed in the streets.” Julia Tourianski, founder of Brave the World, was also horrified and said:

This is not the first time we have seen the assumed power structures cripple a peaceful individual to his knees, an individual forced to plead with the same entity that severed him from a society he wished to and did, improve. And it will not be the last.

In Ulbricht’s recent letter he notes that “forcing someone to spend years or decades continuously like this, waking up to [a cage] every single morning, is cruel.” Ulbricht says his imprisonment is akin to the worst torture like burning or flogging. “If the victims themselves would prefer this torture to imprisonment, the inescapable conclusion is that prison is worse, even more cruel. I, and every prisoner I have asked, would prefer any amount of pain and cruelty, for a limited duration, to the years and decades we’re forced to spend here — spirits crushed, hope abandoned, relegated to irrelevance.” Ulbricht’s letter on June 27 adds:

No one deserves this, even if they have to be here for the sake of others’ safety. Certainly, the many non-violent drug offenders growing old in here don’t. Pain does not heal pain. A lost soul is not redeemed in a cage.

Ross and his family believe some of the worst things about his case were the corrupt investigation and trial, manipulated by two rogue officers, and the grotesque disparity between Ulbricht’s double life sentence and other Silk Road defendants who haven’t received more than 10 years in prison for their crimes. Some of those men were the biggest heroin dealers on Silk Road, and the Silk Road 2 admin was accused of allowing child pornography.

Ulbricht’s note to the public says that vengeance and cruelty shouldn’t be “honored and institutionalized.” He believes that imprisonment of this nature “hurt all parties” and emphasized that “humanity is hurting.” “We can do better — We have the potential to rise above this darkness, to be proud of how humanely we treat prisoners and how few we need to brand with that label,” Ulbricht wrote. “Instead we hand out years, decades and lifetimes of imprisonment to virtually every person the government targets — We keep building cells like the one I’m writing this from. Prisoners are not inventory. We are not numbers or statistics. We are human beings, and we don’t deserve this.”

The letter should make anyone question whether sending Ulbricht to a cage for the rest of his life is humane, especially given the victimless nature of his crime. Unfortunately, the world is filled with prisons occupied by millions of people because bureaucrats disagree with the use of certain plants and substances. At the end of Ulbricht’s letter, he says if people haven’t signed his clemency petition yet, they should do so and share it with their friends. Change.org is hosting a petition for Ulbricht’s clemency and so far 180,164 individuals have signed. The petition asks U.S. President Donald Trump to pardon Ross Ulbricht because there is a growing consensus that Ross’s case is a miscarriage of justice.

“My son, Ross Ulbricht, is a first-time offender serving a double life sentence without parole, plus 40 years, for a website he made when he was 26 years old and passionate about free markets and privacy,” Lyn Ulbricht, Ross’s mother, explains on the petition’s notes. Lyn Ulbricht’s appeal to Trump concludes:

Ross ― an Eagle Scout, scientist, and peaceful entrepreneur had all non-violent charges at trial. He was never prosecuted for causing harm or bodily injury and no victim was named at trial ― This is a sentence that shocks the conscience.

If you are interested in reading Ulbricht’s recent letter to the public in its entirety, it can be found here.

On June 28, Craig Wright, the Australian native who claims to be Satoshi Nakamoto, spent the day in a Florida...