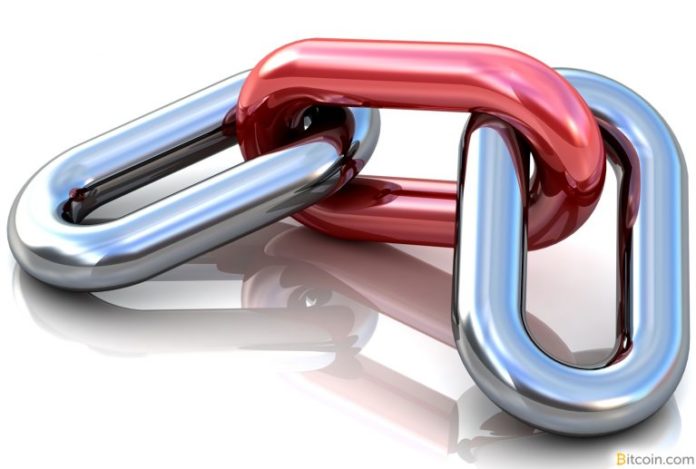 On Feb. 14, the cryptocurrency infrastructure organization led by RSK Labs announced the one-year anniversary of the RSK network and highlighted several notable achievements. Over the last 12 months, the project’s merge mining has managed to gather 45 percent of the Bitcoin Core (BTC) network hashrate, making the RSK smart contract system more secure than most blockchains.

Also Read: Bitcoin’s Social Contract Must Be Resilient to the Whims of Future Generations

Smart Contract Infrastructure Backed by More Than 20 Exahash of PoW

At approximately 1:41 a.m. CST on January 4, 2018, RSK Labs mined the sidechain’s genesis block. Since then, the blockchain network has increased its merge mining hashrate from 4 percent of the BTC network to 45 percent today. Following this milestone, the RSK team announced that the company’s RSK sidechain has become “the most secure smart contract platform in the world.” RSK’s recent blog post explains that to 51 percent attack the BTC chain would cost $244,853 per hour. “By surpassing 45% of the hashing power of the Bitcoin network, an attack on the RSK smart contract network would cost approximately US$ 112,000 per hour,” the RSK announcement detailed. “This makes RSK one of the most secure and reliable platforms for developers to build their decentralized apps (dapps), and proves that merge-mining can succeed in securing Bitcoin sidechains.”

During the announcement, Diego Gutierrez Zaldivar, chief executive of RSK Labs, explained that because BTC miners are able to secure its own chain alongside sidechains at no added cost, this gives people the ability to build layer 2 solutions confidently. Moreover, the RSK executive details that this type of system also facilitates layer 3 solutions.

“The development of layer 3 services — such as RIF OS — will be vital to scale Bitcoin and RSK to service tens of millions of users while providing peer-to-peer financial services, secure messaging, data storage, and other forms of decentralized services powered by Bitcoin,” Zaldivar emphasized.

Root Infrastructure Framework and the Internet of Value

The RIF system stands for Root Infrastructure Framework Open Standard (RIF OS) and the system is a purpose-driven organization that provides developers with peer-to-peer infrastructure services and software libraries to support easier and scalable dapp development. Over the last year, RSK Labs has partnered with more than 50 crypto-related organizations in order to expand the RSK sidechain network. Initially, the project started with its original 21 million smart bitcoins (SBTC) which circulate within the RSK network. But with the RIF OS, the company has created the RIF token which is intended to enable compatibility with RIF OS protocols and dapps.

People interested in how the RIF OS infrastructure works and its associated token can read the whitepaper written by the founding members of RSK Labs. The RIF token smart contract was officially deployed on the RSK blockchain on November 9, 2018, at approximately 8:12 p.m. UTC. At the moment, the RIF token smart contract has minted 1 billion coins, but only 320 million have been made available to be redeemed by the early contributors to the project, the RIF token whitepaper explains. The rest of the tokens are locked into the contract and will unlock themselves autonomously over a period of five years.

“Bitcoin set the foundation for the construction of a new internet for the transfer of value,” Zaldivar detailed. “Both the RSK smart contract network and RIF OS were created as a means to move this vision further with the hopes that this new internet of value will foster prosperity and equality around the world.”

Cryptocurrency community members haven’t seen a merge mining project like RSK since the Namecoin project which works in a similar fashion. Many other blockchains can be merge mined with the same proof-of-work (PoW) consensus algorithm that allows various networks to be mined simultaneously. Essentially the RSK blockchain works in the same manner and the smart contract system is bolstered by being secured by more than 20,000,000 trillion hashes per second at the time of writing.

The post RSK Sidechain Is Now Secured by 45% of BTC’s Hashrate appeared first on Bitcoin News.

Welcome Corey Glick to IOTA Foundation Corey Glick is an entrepreneur, former strategy consultant, and program manager, who has more...