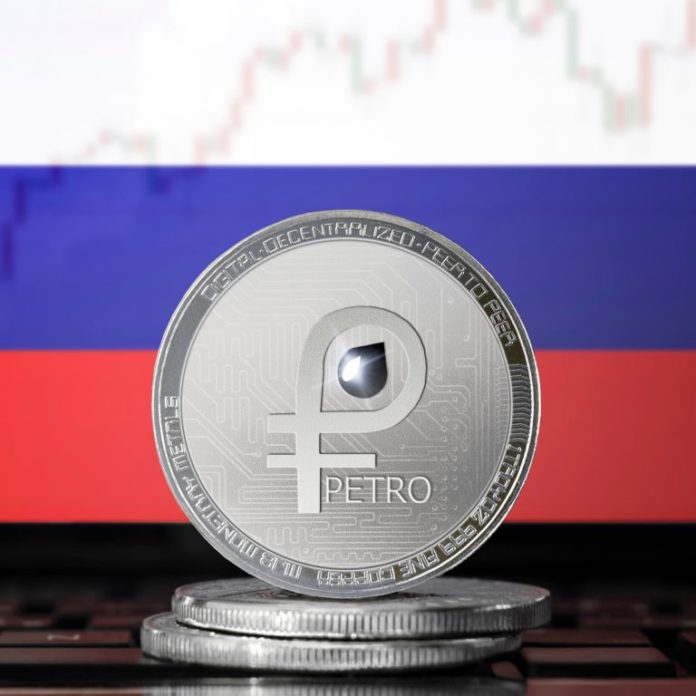 El Petro, the Venezuelan cryptocurrency, can now be purchased with Russian rubles, among other fiat currencies, President Nicolás Maduro announced. Companies from many countries, including the United States, want to buy the oil-backed crypto, he added. Venezuela’s head of state also said he decided to denominate the national currency, the bolivar. Starting from March 23, all citizens and enterprises will be able to buy petro with Russian rubles, Chinese yuan, Turkish lira and euro, as well as with cryptocurrencies like bitcoin, ethereum and NEM,” Venezuelan President Nicolás Maduro said, speaking to local TV. During the 30 days of the pre-sale of the petro, almost 201,000 orders from 133 countries have been placed, totaling $5.25 billion USD. “We are just starting”, Maduro said, adding that many businesses, including American, have declared intentions to purchase the Venezuelan cryptocurrency.

Venezuela released its oil-backed petro in February, thus becoming the first country with own cryptocurrency supported by petrol reserves. Earlier Nicolás Maduro announced the country had collected $735 million USD through the pre-sale.

Recently, reports came out that Russia might have been involved in the development of the petro. A Time investigation revealed circumstantial evidence connecting Moscow to its launch. Russian officials have denied the claims. Through its spokesman, the Finance Ministry stated it had nothing to do with the creation of the petro. Artem Kozhin said all such speculations were “outright lies”. He also called the “pseudo investigation” a “fake sensation”.

Maduro Denominates the Bolivar in the Name of Stability

“I’ve decided to remove three zeros from the current money and replace these bills with new ones”, Nicolás Maduro announced. The national fiat will be denominated “to guarantee the country’s economic stability”, in his words. The Venezuelan president showed new specimen banknotes, which will be officially released on June 4, 2018. For the first time in years, coins will be minted in Venezuela whose currency has been suffering from hyperinflation. 50 céntimo and 1 bolivar coins will be issued along with 2, 5, 10, 20, 50 и 100-bolivar paper notes. A special emission of bolivars will feature the national heroes Francisco de Miranda and Simón Bolívar, on 200 and 500-bolivar bills respectively.

The extremely high devaluation of the bolivar in recent years has forced Venezuelans to mostly use bank cards. One US dollar currently trades for about 230,000 bolivars on the black market in Caracas. Several days ago financial authorities issued 100,000-bolivar bills to relieve the cash deficit.

Do you think the petro can actually help stabilize the national fiat currency of Venezuela or it will simply increase its devaluation? Share your thoughts in the comments section below.

Taking Blockchain to the Next Level: Lisk (LSK) Matters Rousing Disputes In The Crypto Verse

Lisk (LSK)  – Why not stop restricting your view to the trailblazers or the toppers of the cryptocurrency table, try...