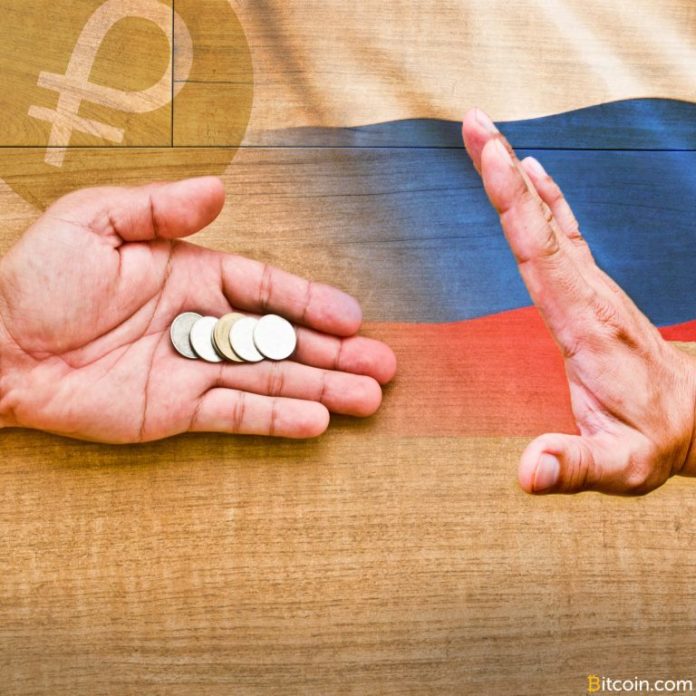 Acknowledging Venezuela’s efforts to deal with inflation and sanctions by creating a state-issued cryptocurrency, Russian officials have nevertheless declined a proposal to use the oil-backed coin in bilateral trade. According to Russian media, Moscow has recently offered Caracas a set of measures aimed at mending the country’s economy but the petro is not among the recommendations.

The Russian Federation has taken steps to help its strategic South American ally to overcome the deep economic and financial crisis. A high-level delegation visited Caracas in November and delivered a plan to improve Venezuela’s economy. Moscow’s ideas were recently made public by Russian media. It turns out the petro is not part of the Russian strategy. The group of Russian government experts, headed by deputy finance minister Sergei Storchak, gave Venezuelan authorities a list of economic measures. It’s now up to Nicolas Maduro’s administration to implement them. He recently won the presidential election and officially took office last Thursday, starting a new six-year term as head of state of the impoverished country. Maduro was reelected despite the 1.3 million percent inflation last year which forced 3 million Venezuelans to emigrate from their homeland to neighboring countries.

The economic recovery plan contains five key recommendations. The first measure proposed by Russian economists is to introduce unconditional basic income for the suffering Venezuelan households, Russian news outlet The Bell reported. The money can be provided by revoking the fuel subsidies currently paid by the Venezuelan government.

The second advice is to “shut down the money printing press,” – in other words stop financing the budget deficit with newly printed money. In August last year, Maduro’s government deleted five zeros to redenominate the national fiat currency. However, with no efforts to cut the deficit, the “sovereign bolivar” lost 95 percent of its value against the U.S. dollar.

The Russian delegation urged Caracas to conduct a tax reform. The Moscow emissaries told Venezuelan authorities they should follow Russia’s example and focus on indirect taxation instead of relying on direct taxes. They also advised Venezuelan officials to increase oil production and diversify the country’s exports. Probably out of diplomatic courtesy, the Russian representatives gave a positive assessment of Venezuelan attempts to solve the problems with hyperinflation and foreign sanctions using the oil-backed national crypto, the petro. But according to the Russian press, they also told their Venezuelan colleagues that Russia is not ready to accept the digital coin as a unit of account in bilateral trade.

Following the meetings with the Russian delegation, President Maduro, who also recently visited Moscow, stated that his country relies on Russia to ensure its economic independence. Venezuelan officials have not yet commented on their readiness to implement the Russian recommendations but Caracas has already managed to secure economic aid from Russia. Moscow will invest $5 million in its oil industry and provide 600,000 tons of grain. That’s on top of the $17 billion in loans that, according to Reuters, the Russian government and the state-run oil company Rosneft have given to Venezuela since 2016.

What is your opinion about the economic measures proposed by Russia? Do you think Venezuela will implement the reforms? Tell us in the comments section below.

The post Russia Not Ready for the Petro, Proposes Plan to Aid Venezuela Without It appeared first on Bitcoin News.

IBM recently unveiled its Q System One at the Consumer Electronics Show (CES) 2019, with the company describing the quantum...