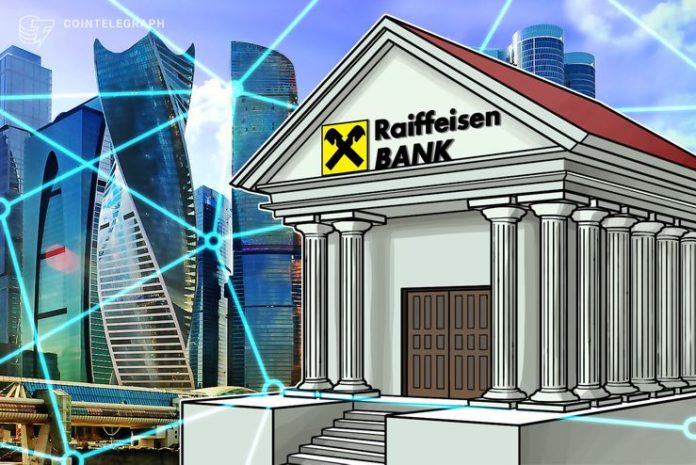 The document containing data on the parties in the transaction, the credit loan and its duration, and the property purchased was published in a decentralized depositary system (DDS). The DDS is based on Masterchain — a Russian network for transferring valuable data via blockchain — which a group of major local banks led by the Central Bank of Russia has been developing since 2016.

According to Andrey Popov, director of the IT department for Raiffeisen Russia, the document verified with an electronic signature is sent to Rosreestr — the Russian state agency collecting data on real estate — where it is checked. After the verification, a “mortgage token” goes into file storage, which in this case is Raiffeisen Bank.

Raiffeisen’s e-mortgage is reportedly the first in the Russian market, Kommersant notes.

Rosreestr itself has not been connected to the Masterchain platform so far, but negotiations to bring the state regulator into blockchain are continuing, Kommersant writes. Connecting the state regulator to the platform might accelerate the process of getting data on mortgage repayment and closing the deal without third parties.

For Raiffeisen, the second step in applying blockchain to real estate, Kommersant reports, is to use blockchain to buy and sell contracts and other real estate transactions. However, the fact that Rosreestr remains outside Masterchain hinders its development.

Kommersant has also learned that two major, unnamed Russian banks are involved in the DDS system and are planning to issue e-mortgages by the end of 2018.

Blockchain has already been tested as a solution for real estate in the Netherlands, Cointelegraph wrote in June 2018, with the country’s land registry expected to integrate the tech within one to three years.

As Cointelegraph reported earlier, major Russian banks have expressed their interest in crypto and blockchain, as a demand for the technologies is “very high.” Furthermore, the Central Bank of Russia has reportedly held a successful Initial Coin Offering (ICO) test in an attempt to create a working draft of relevant crypto regulation.