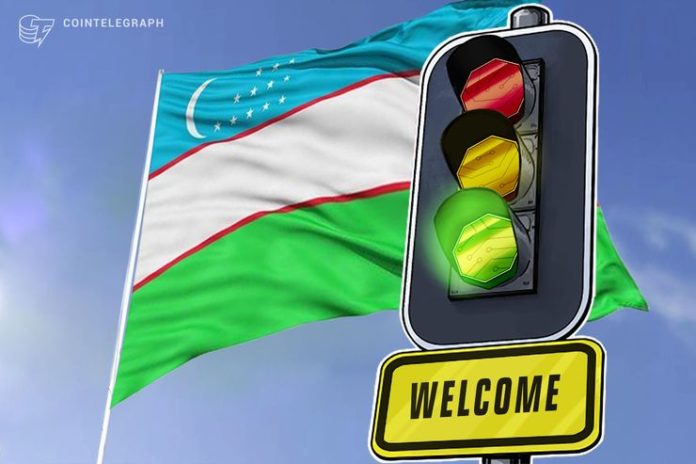 A Russian intellectual property startup has signed a memorandum with officials from Uzbek capital Tashkent to integrate blockchain for use in copyright, Russian state news agency TASS reports Tuesday, Oct. 16.

The president of the Russian National Intellectual Property Transactions Coordination Center (IPChain), Andrey Krichevsky, met the head of Tashkent’s department of innovations Jasur Zakhidov during the Open Innovations Forum in Moscow. Both parties agreed to implement decentralized solutions to protect copyrights in different areas, such as intellectual property and patent records.

Zakhidov further explained that blockchain could help develop the whole copyright sphere and make it profitable, noting that “scientists, inventors and creators do not usually understand how to monetize their intellectual property,” and adding:

“Our partnership […] will likely give an impetus to the development of intellectual property area in Uzbekistan. From now on they are going to know that the copyright actually works and is profitable. As a capital, we have to help authors and to show them ways to earn money.”

As per IPChain’s press release, the program will start with digitizing Tashkent’s patent records, likely deploying the IPchain ecosystem on the basis of the local patent office.

As Cointelegraph reported in April, IPChain signed a deal to digitize patent records and create a blockchain-based database for the State Patent Office of Kyrgyzstan. According to the head of IPchain, similar projects have already been discussed with Armenian officials as well.

Uzbek president Shavkat Mirziyoyev has recently taken several important steps to promote blockchain technology in the country. In July, he signed a document called “On measures for digital economics development in the Republic of Uzbekistan,” which stated that a blockchain integration program for international clearing facilities as well as lending and trade finance should be introduced by 2020.

In September, Mirziyoyev ordered the establishment of a state blockchain development fund called the “Digital Trust.” According to the plan, decentralized solutions would be implemented in healthcare, education, and cultural areas.

Brian Quintenz, a commissioner at the US Commodity Futures Trading Commission, revealed his take on smart contract regulation at the...