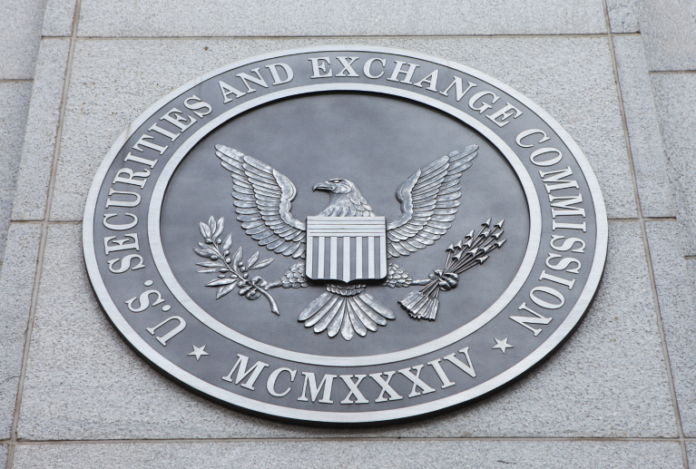 The U.S. Securities and Exchange Commission recently made history when it green-lighted two token offerings under Regulation A+. “This is the first time in U.S. history that a crypto token offering has received SEC qualification,” one of the two qualified issuers proclaims.

The U.S. Securities and Exchange Commission (SEC) began qualifying token offerings under Regulation A+ (Reg A+) last week. The application by Blockstack PBC was approved on July 10 for Stacks tokens. The other application was approved the following day for Props tokens by Younow, a live streaming app which claims to have 46 million users. Under the U.S. Securities Act of 1933, companies seeking to offer or sell securities to potential investors must either register the offer and sale or qualify for a registration exemption, such as under Regulation A.

The Jumpstart Our Business Startups (Jobs) Act, signed into law by former President Barack Obama on April 5, 2012, directed the SEC to amend the Securities Act and expand exemptions provided by Regulation A. The resulting final rules, often referred to as Reg A+, were adopted by the commission on March 25, 2015, and became effective on June 19 of the same year. The exemptions are aimed at facilitating small companies’ access to capital. However, the SEC never approved any token issuers’ Reg A+ applications until now.

Muneeb Ali, co-founder of decentralized app ecosystem Blockstack and CEO of Blockstack PBC, announced on July 10 that his company’s “upcoming token offering has been qualified by the SEC under Regulation A+,” elaborating:

This is the first time in U.S. history that a crypto token offering has received SEC qualification. We believe this is a huge step forward for decentralized applications, internet security, and privacy … It is a truly groundbreaking day for decentralized technology.

Ali added that there are currently over 165 applications built on the Blockstack decentralized computing network, including bitcoin-friendly web services such as Dmail, Bitpatron, and Graphite Docs. Blockstack PBC is a technology company that, together with its affiliates, develops an open-source peer-to-peer network using blockchain technologies to build a new network for decentralized applications, the Blockstack network. The Blockstack team worked with the SEC over the past 10 months prior to qualifying for Reg A+, Ali said on Fyiam Tuesday. Under the Reg A+ framework, the company began conducting a $28 million cash offering on July 11. The sale is open to anyone globally “subject to a small number of geographical restrictions,” the CEO confirmed. Prior to obtaining the Reg A+ qualification, only accredited investors could participate in the company’s 2017 offering under Regulation D.

According to its offering circular filed with the SEC, Blockstack’s current offering is limited to $50 million in Stacks tokens each year. The circular details that Blockstack currently offers 40 million of these tokens to non-U.S. persons in a private placement exempt from the registration requirements under Regulation S. “We plan to continue our offering under Regulation S concurrently with this offering under Regulation A,” the filing notes. Blockstack also intends to offer its tokens to residents of the State of New York. “We have, however, taken the position that the State of New York’s Bitlicense regulatory framework does not apply to the offer and sale of securities like the Stacks tokens,” the filing explains. The day after Blockstack’s announcement, the Props Project announced that it has also been qualified by the SEC to distribute Props tokens under Reg A+. Its SEC filing states that “A Reg A+ filing would enable us to bring Props to our entire community of users.” The team wrote on July 11:

We are proud to announce that the Props offering statement on Form 1-A has been qualified by the U.S. Securities and Exchange Commission (SEC), enabling us to grant Props to both accredited and unaccredited Props Network users in the United States and around the world.

“This is a landmark moment for our community,” the team continued, adding that Props tokens are now available to registered users of Younow, the first app on the Props Network. According to Younow’s offering circular filed with the SEC on July 12, Props tokens will be used to reward users of the apps for in-app activities. “As a Tier 2 issuer under Regulation A, we will be subject to scaled disclosure and reporting requirements, and we will not be required to make the same level of public reporting required of issuers in traditional public offerings,” the company elaborated.

The updated exemption will enable smaller companies to offer and sell up to $50 million of securities in a 12-month period, subject to eligibility, disclosure and reporting requirements.

Both tiers are subject to basic requirements. However, Tier 2 issuers have additional rules to follow such as providing audited financial statements, filing annual, semiannual and current event reports, and “A limitation on the amount of securities non-accredited investors can purchase … of no more than 10 percent of the greater of the investor’s annual income or net worth.” Furthermore, issuers in Tier 2 offerings are not required to register or qualify their offerings with state securities regulators.

Exemptions under Reg A+ are limited to companies organized in and with their principal place of business in the U.S. or Canada. The exemptions are unavailable for companies that already report to the SEC and certain types of investment companies. Other criteria that could disqualify a company include not having a specific business plan, having been subject to any order of the commission entered within the past five years, or not filing ongoing reports required by the rules during the preceding two years.

What do you think of the SEC green-lighting these tokens? Let us know in the comments section below.

Congress to Hold Second Hearing on Libra and Crypto

Many are still attributing the US Treasury Secretary’s comments on Libra and bitcoin to its rapid decline over the past...