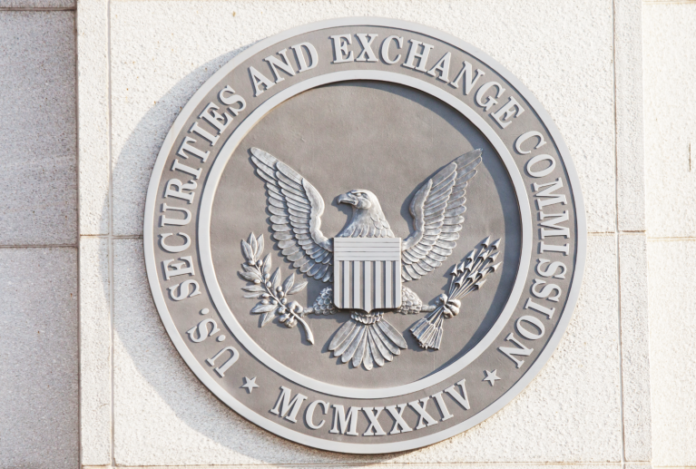 The U.S. Securities and Exchange Commission (SEC) is currently reviewing three bitcoin exchange-traded funds (ETFs), one of which was filed last week to track the prices of two cryptocurrencies. An SEC commissioner said at the Consensus conference on Monday that the time is right for a bitcoin ETF, as the commission is due to make a decision on one of them next week.

At the Consensus 2019 conference in New York on Monday, SEC Commissioner Hester Peirce, also known as “crypto mom,” discussed the regulatory environment for pending bitcoin ETFs. Expressing her dissatisfaction with the current law, she asserted that the SEC should do more to provide a regulatory framework for cryptocurrency including rules around safe harbor. Decrypt Media quoted her as saying:

I thought the time was right a year ago — even longer than that … My first chance to comment on it was a year ago … Certainly the time is right, but there are still questions floating around the SEC that need to be answered as much as possible by you all.

Peirce then encouraged the audience to write to the SEC to help them understand the market. One issue she noted was market manipulation, which “is a concern that people keep raising at the SEC,” she shared. “Other issues like custody issues [also] come up a lot.”

Her comments at Consensus echoes her speech at the Securities Enforcement Forum which took place on May 9. “The problem is that the securities laws do not cease to operate as a new industry develops,” she explained. “Consequently, individuals and companies in the industry must comply with our securities laws or risk becoming the subject of an enforcement action. It is therefore our duty as a regulator to provide the public with clear guidance as to how people can comply with our law. We have not yet fulfilled this duty.” The commissioner additionally described:

It is not the SEC’s overzealous action that has stifled the crypto industry, but its unwillingness to take meaningful action at all.

Peirce also expressed concern that the U.S. is falling behind other forward-thinking countries. “Our country has always been a country where innovation can really thrive,” she opined Monday. “I worry that a lot of the activities are now happening offshore. I want the US to be the market for innovation.”

The SEC staff recently issued a 14-page document detailing a framework to assist issuers with conducting a Howey analysis to evaluate whether token offerings are securities. It details features of an offering and actions by an issuer that could signal that the offering is likely a securities offering. Peirce expressed her worry, however, that this framework “could raise more questions and concerns than it answers.” The commissioner previously said she believes the SEC has no jurisdiction to look at the underlying asset when considering whether to approve a proposed rule change for an ETF. She has also emphasized that excessive regulation could hurt innovation such as cryptocurrency.

The SEC’s Senior Advisor for Digital Assets and Innovation, Valerie Szczepanik, explained that the agency is moving slowly on cryptocurrency regulations and cryptocurrency-based products because it needs to be cautious. Szczepanik coordinates efforts across all SEC divisions and offices regarding the application of U.S. securities laws to emerging digital asset technologies and innovations, including cryptocurrencies and initial coin offerings.

In his speech at the SEC Sparks conference on April 8, Chairman Jay Clayton said one of the areas the commission has focused its attention on due to heightened risks is “digital assets, including cryptocurrencies, coins, and tokens.” At the Consensus Invest conference in November last year, he revealed the key upgrades he needed to see before the SEC could consider approving its first bitcoin ETF such as better market surveillance and safe custody of crypto assets.

One of the proposals being reviewed by the SEC is for the listing and trading of shares issued by Bitwise Bitcoin ETF Trust filed by NYSE Arca Inc. on Jan. 28. This proposed rule change was published in the Federal Register on Feb. 15. On March 29, the SEC designated May 16 as the day to make its decision on this proposal. However, on May 7, the exchanged filed Amendment No. 1 to the proposed rule change, replacing the original one in entirety. According to the amended registration statement filed with the SEC:

The trust will hold bitcoin … [it] will store its bitcoin in custody at a regulated third-party custodian, and will not use derivatives that may subject the trust to counterparty and credit risks. The filing also details that “in seeking to ensure that the price of the trust’s shares is reflective of the actual bitcoin market, the trust will value its shares daily based on prices drawn from ten bitcoin exchanges … [which] represent substantially all of the economically significant spot trading volume on bitcoin exchanges around the world.”

On March 22, Bitwise tweeted clarifying that “The exact methodology largely mirrors the settlement pricing methodology of CME futures, which we believe has the correct construction.” The company added that the exchanges are Binance, Bifinex, Bitflyer, Bitstamp, Bittrex, Coinbase Pro, Gemini, Itbit, Kraken, and Poloniex, noting that five out of the 10 exchanges “have implemented sophisticated market surveillance tools to prevent market manipulation and bad behavior.”

Since the company filed an amendment, the commission asked the public to submit comments on the new proposal on May 14. So far, 25 comments have been received on this proposal. Securities lawyer Jake Chervinsky remarked:

The new deadline is August 14. The SEC can delay one more time to a final deadline of October 13.

The next proposal for a bitcoin ETF under review by the SEC is the high-profile Vaneck Solidx bitcoin ETF. Cboe BZX Exchange Inc. originally filed the proposed rule change to list and trade shares issued by the Vaneck Solidx Bitcoin Trust in June last year. However, it withdrew the proposal on Jan. 22 due to the U.S. government shutdown which affected the SEC.

The exchange re-filed the proposed rule change for the same ETF on Jan. 30 which was published in the Federal Register on Feb. 20. On March 29, the commission extended the time period to review this ETF to May 21. At press time, 24 comments have been received for this new proposed rule change, far fewer than the 1,600 plus comments received for the previous filing that was withdrawn. The registration statement explains:

The investment objective of the trust is for the shares to reflect the performance of the price of bitcoin, less the expenses of the trust’s operations.

This trust intends to achieve its objective by investing all of its assets substantially “in bitcoin traded primarily in the over-the-counter markets, and may also invest in bitcoin traded on domestic and international bitcoin exchanges,” the filing states. “The trust will be responsible for custody of the trust’s bitcoin.” Solidx Management Llc is the sponsor of the trust, with Delaware Trust Company as the trustee and the Bank of New York Mellon as the administrator and transfer agent. The bank will also serve as the custodian with respect to cash of the trust since it will occasionally hold cash for short periods in connection with the purchase and sale of bitcoin, and to pay trust expenses. Van Eck Securities Corporation will provide assistance in the marketing of the shares.

The third bitcoin ETF-related filing the SEC is reviewing at press time is by the United States Commodity Index Funds Trust. The company filed a registration statement with the SEC on Thursday for Crescent Crypto Index Fund, sponsored by the United States Commodity Funds (USCF); it will be traded on the NYSE Arca stock exchange under the symbol XBET. According to the document:

The new index seeks “to track the performance of a market capitalization weighted portfolio of bitcoin and ether,” the company describes, noting that it “has limited history and is currently under development and subject to further input from the Crescent Crypto Index Committee.” This index “is based on various inputs which may include price data from various third-party exchanges and markets.”

The trust and fund are managed and controlled by USCF, a limited liability company that is registered as a commodity pool operator with the Commodity Futures Trading Commission and is a member of the National Futures Association. USCF will employ Crescent Crypto Manager Llc, a wholly owned subsidiary of Crescent, as co-portfolio manager to XBET.

Whenever a proposed rule change is filed with the SEC, it will be published in the Federal Register which serves as the key start date for the SEC’s ETF approval timeline. According to the Securities Exchange Act of 1934, the SEC can extend the time to make a decision on an ETF up to 240 days after the date of its publication in the Register. If the SEC has not made a decision after 240 days for any reasons, the ETF would be automatically approved.

However, Chervinsky explained during January’s U.S. government shutdown that it is extremely unlikely the SEC will let such a decision go to automatic approval, noting that the SEC would likely have measures in place to avoid missing such important deadlines. Further, if a bitcoin ETF is automatically approved, it can easily be undone after the emergency period preventing the agency to make a proper decision is over. The lawyer elaborated:

The SEC doesn’t have the power to extend the 240-day deadline. The statute absolutely prohibits any further delays.

Do you think the time is right for the SEC to approve a bitcoin ETF? Let us know in the comments section below.

Images courtesy of Shutterstock and Forbes.

The world’s largest options and futures exchange, Chicago Mercantile Exchange & Chicago Board of Trade (CME Group) and its bitcoin...