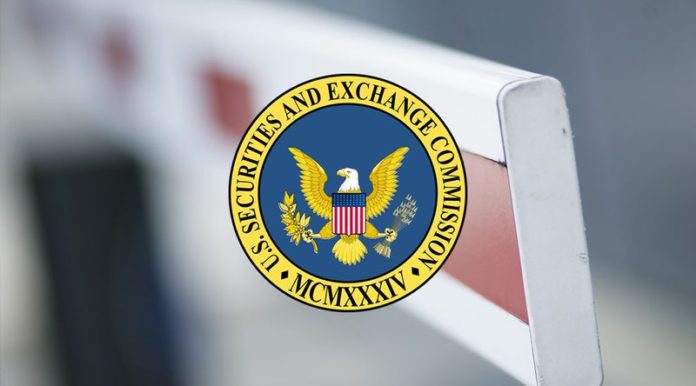 The U.S. Securities and Exchange Commission (SEC) has obtained an emergency court order issuing the stoppage of a recently planned initial coin offering (ICO) by Blockvest LLC and its founder Reginald Buddy Ringgold III, who falsely advertised that the token sale was approved by the SEC.

According to the SEC, Blockvest has repeatedly violated both anti-fraud and securities registration provisions by incorrectly claiming that its ICO had obtained regulatory approval from Commission officials. The order further states that Ringgold — who also works under the name Rasool Abdul Rahim El — was using the SEC seal without the organization’s permission.

In addition, the SEC says that Ringgold often touted the ICO as being “licensed and regulated,” and that he promoted the event through a false agency known as the “Blockchain Exchange Commission,” which used graphics similar to the SEC seal and boasted the same address as the SEC’s headquarters.

Robert A. Cohen, chief of the SEC Enforcement Division’s Cyber Unit, comments, “We allege that this ICO is using both the SEC seal and a made-up crypto regulatory authority to trick investors into believing the ICO was approved by regulators. The SEC does not endorse investment products, and investors should be highly skeptical of any claims suggesting otherwise.”

Furthermore, Ringgold is being accused of misrepresenting Blockvest’s alleged ties to the National Futures Association (NFA) and continuing to use the group’s seal on assorted documents and marketing materials, even after representatives had sent him a cease-and-desist letter requesting that he discontinue his statements regarding Blockvest’s connections with the NFA.

The order is seeking the return of any gains obtained through false or misleading tactics, along with both interest and penalties. The SEC is also working to bar Ringgold from participating in any securities offerings, including digital securities, in the future. The organization has frozen all of Ringgold’s assets, while a hearing is scheduled for October 18, 2018, to examine whether the freeze should continue and if a preliminary injunction should be issued.

The incident serves as further proof that the SEC is playing hardball in the digital asset space. Recently, the SEC — along with the Commodity Futures Trading Commission (CFTC) and the Federal Bureau of Investigation (FBI) — took firm action against 1pool Ltd., a brokerage firm based in the Marshall Islands, and its CEO Patrick Brunner. The SEC alleged that the venture was trading security swaps with customers across the globe while failing to meet the “discretionary investment threshold” required by federal securities law. The SEC is now seeking penalties and “permanent injunctions” against the company.

Previously, the SEC set a new precedent by charging smart contracts payments system TokenLot LLC with operating as an unregistered broker-dealer in what was the first case of its kind, following the release of the SEC’s DAO Report back in July of 2017. TokenLot was later made to pay nearly $500,000 in disgorgement, along with nearly $8,000 in interest fees.

The SEC also charged Crypto Asset Management LP (CAM) with operating as an unregistered investment firm and inappropriately calling itself the “first regulated crypto asset fund in the U.S.”

The Chinese central bank, the People’s Bank of China (PBoC), has opened four positions for crypto-related professionals, according to a...