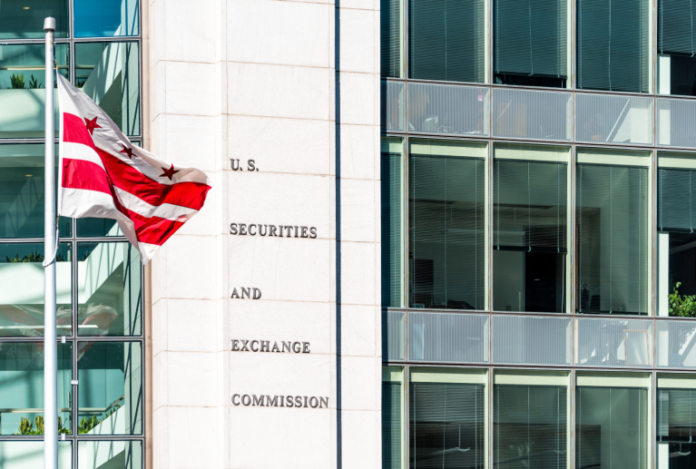 Another high-profile proposal for a bitcoin exchange-traded fund (ETF) has been denied by the U.S. Securities and Exchange Commission (SEC). The agency, however, emphasized that the disapproval was not based on whether bitcoin has utility or value as an innovation or an investment. Shares of the Bitwise Bitcoin ETF Trust were to be listed on the NYSE Arca exchange.

The SEC issued an order disapproving another high-profile bitcoin ETF on Wednesday. NYSE Arca Inc. originally filed a proposed rule change to list and trade shares of the Bitwise Bitcoin ETF Trust with the agency on Jan. 28. In its order, the SEC wrote:

The Commission emphasizes that its disapproval does not rest on an evaluation of whether bitcoin, or blockchain technology more generally, has utility or value as an innovation or an investment. The agency clarified that the proposal was disapproved because the NYSE Arca exchange has not shown that its proposal is consistent with “the requirements of Exchange Act Section 6(b)(5), and, in particular, the requirement that the rules of a national securities exchange be ‘designed to prevent fraudulent and manipulative acts and practices.’”

We look forward to continuing to productively engage with the SEC to resolve their remaining concerns, and intend to re-file as soon as appropriate.

Noting that “the bitcoin market itself has evolved in important and positive ways in recent years,” he outlined a number of noteworthy developments. Among them are the growth of regulated CME bitcoin futures market, which regularly trades over $200 million in daily volume, the development of a large number of regulated bitcoin custodians, and the significant improvement in the quality of bitcoin spot trading market.

Another important development is “The addition of market surveillance and reporting requirements for spot bitcoin exchanges under the New York Department of State’s Bitlicense program, which covers six of the ten significant bitcoin exchanges in the world,” Hougan further noted. As for the Bitwise Bitcoin ETF proposal, he said:

With additional research and continued progress in the broader ecosystem, the remaining concerns and challenges raised in this order will ultimately be satisfied.

“We’re closer than we’ve ever been before to getting a bitcoin ETF approved,” Hougan told CNBC on Monday.

SEC Still Has Some Concerns

SEC Chairman Jay Clayton also believes that the Commission is closer to approving a bitcoin ETF than it did before, he revealed in an interview with CNBC earlier this month. However, “There’s work left to be done,” the chairman emphasized, raising a number of issues that need to be addressed. “How do we know that we can custody and have a hold of these crypto assets? That’s a key question,” he opined. “And an even harder question, given that they trade on largely unregulated exchanges, is how can we be sure that those prices aren’t subject to significant manipulation.”

Progress is being made but people needed to answer those hard questions for us to be comfortable that this was the appropriate type of product.

Further, Clayton said that “bitcoin will need to become better regulated before it trades on a major exchange,” CNBC also reported.

On Sept. 17, Cboe BZX Exchange Inc. withdrew its proposed rule change to list and trade Solidx Bitcoin Shares issued by the Vaneck Solidx Bitcoin Trust. The SEC was due to make its decision on this proposal on Oct. 18. Now Vaneck is offering its bitcoin product to institutional investors under Rule 144A of the Securities Act of 1933, as amended.

When do you think the SEC will approve a proposal for a bitcoin ETF? Let us know in the comments section below.

The Korea Blockchain Week 2019 has recently concluded and it attracted big names in the crypto industry. In attendance at...