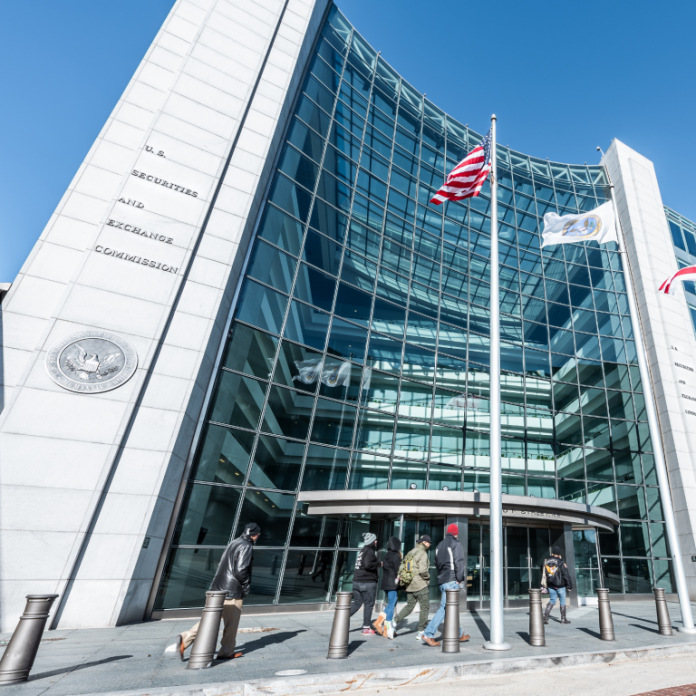 The U.S. Securities and Exchange Commission (SEC) has delayed its decision on the Vaneck Solidx bitcoin exchange-traded fund (ETF), which will trade on Cboe BZX Exchange. The SEC has received more than 1,600 comments and will make a decision by February next year. Cboe BZX Exchange filed this proposed rule change on Jun. 20 and, on Sept. 20, the SEC instituted proceedings to make a decision on it. The SEC wrote in its Thursday’s announcement:

The commission, pursuant to Section 19(b)(2) of the [Securities Exchange] Act, designates February 27, 2019, as the date by which the Commission shall either approve or disapprove the proposed rule change. According to the Securities Exchange Act of 1934, the SEC can extend the time to make a decision on an ETF up to 240 days after the date of its publication in the Federal Register.

This proposed rule change was published for notice and comment in the Federal Register on July 2. “February 27, 2019, is 240 days from that date,” the commission wrote.

As of December 6, 2018, the commission has received more than 1,600 comments on the proposed rule change.

A meeting was held on Nov. 26 between officials of the SEC and representatives of Cboe BZX Exchange Inc., Van Eck Securities Corp., and Solidx Management Llc. They discussed the proposed rule change for Vaneck Solidx Bitcoin Trust’s ETF.

In its presentation submitted to the SEC, Solidx wrote that the “futures markets [for bitcoin] perform a valuable role in price discovery,” adding that “the empirical evidence indicates that the spot and futures prices are cointegrated … this is evidence of a well-functioning capital market.”

The company proceeded to show the commission that there is a “significant market” for bitcoin futures, citing the case of Breakwave Dry Bulk Shipping ETF which the commission approved in December last year. Applying the analysis used in the Breakwave approval order, the company asserted:

When compared to the dry bulk shipping market there is no question that the bitcoin futures market is a significant, regulated market.

Solidx also wrote, “there is no question 100% of bitcoin futures trade on ‘well established, regulated markets that are members of ISG [intermarket surveillance group],’” such as the CME and the Cboe Futures Exchange. Moreover, the company told the SEC that “several properties of bitcoin and the underlying ecosystem make it less susceptible to manipulation than other commodities that underlie already approved ETPs [exchange-traded products].”

Recently, SEC Chairman Jay Clayton spoke about key upgrades he needed to see in cryptocurrency markets before he is comfortable with a bitcoin ETF.

Do you think the SEC will approve this bitcoin ETF in February next year? Let us know in the comments section below.