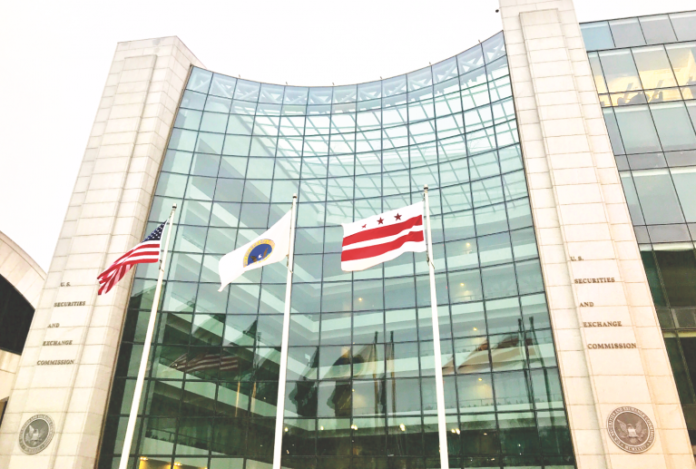 The U.S. Securities and Exchange Commission (SEC) is reviewing its order issued last week pertaining to a rejected proposal for a bitcoin exchange-traded fund (ETF). The proposal was filed by NYSE Arca for the Bitwise Bitcoin ETF Trust. Meanwhile, the SEC is also evaluating a proposed rule change for a different type of bitcoin ETF.

The SEC has sent a letter dated Oct. 15 to Intercontinental Exchange (ICE), the parent company of the NYSE, concerning its recent order disapproving NYSE Arca’s proposal to list and trade shares of the Bitwise Bitcoin ETF Trust. This proposal was rejected on Oct. 9. “This letter is to notify you that, pursuant to Rule 431 of the Commission’s Rules of Practice, 17 CFR 201.431, the Commission will review the delegated action,” the letter explains, adding:

In accordance with Rule 431(e), the October 9, 2019 order is stayed until the Commission orders otherwise. The letter continues, “The Office of the Secretary will notify you of any pertinent action taken by the Commission.”

Prior to the Oct. 9 rejection, ICE and Bitwise had been actively discussing their bitcoin ETF proposal with the SEC. The Commission emphasized that its disapproval “does not rest on an evaluation of whether bitcoin, or blockchain technology more generally, has utility or value as an innovation or an investment.” This is also not the first time the SEC has taken this action. In August last year, the Commission did the same with three orders for nine bitcoin ETFs.

T-Bill Bitcoin ETF in the Running

Besides reviewing the order disapproving the proposal for the Bitwise Bitcoin ETF Trust, the SEC is currently evaluating another proposed rule change filed by NYSE Arca. The exchange is seeking to list and trade shares of the United States Bitcoin and Treasury Investment Trust. The proposal was first filed with the agency on June 12 and published in the Federal Register on July 1. The exchange filed Amendment No. 1 to the proposed rule change on Oct. 4, after which the SEC proceeded to solicit comments from the public. As of Oct. 10, the agency says it has received nine comments on the proposal.

According to the amendment, “the trust will have no assets other than (a) bitcoin and (b) short-term U.S. Treasury securities with a maturity of less than one year (‘T-Bills’).” Further, the trust will hold U.S. dollars for short periods of time in connection with the maturity of the T-bills, the sale and purchase of the underlying assets, redemptions, if any, and expenses of the trust.

Do you think the SEC will approve any bitcoin ETF proposal anytime soon? Let us know in the comments section below.

A Las Vegas man is charged with raising at least $11 million from cryptocurrency investors he promised to trade binary...