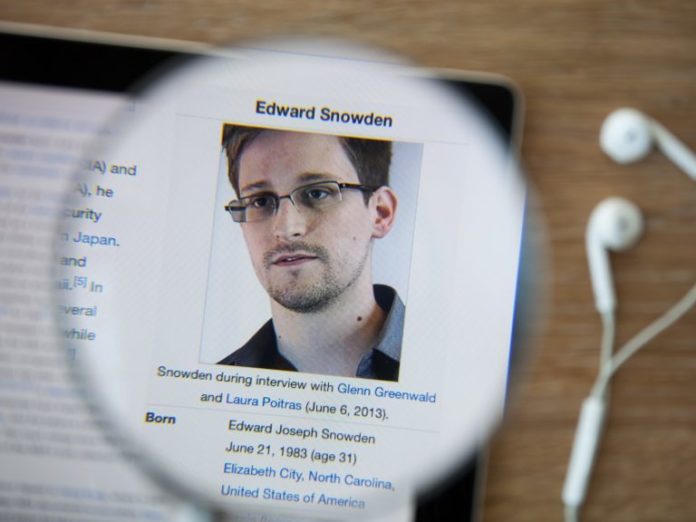 Growth is a goal that’s worth achieving, in most cases, and the current economic paradigm favors it. But when central banks start undermining their fiat economies and crypto companies begin to mimic financial institutions in its name, growth becomes an end in itself with self-destructive tendencies. Deutsche Bank’s head of strategy Jim Reid recently noted that when central banks are so aggressive, Bitcoin starts to look more attractive, while whistleblower Edward Snowden warned the crypto community that the next big bank is not what the world needs. Are they right?

Also read: How to Pay Employees or Get Paid With Bitcoin

Measures to generate and sustain growth, artificially and regardless of the consequences, have become a key policy, widely implemented through interest rate cuts and quantitative easing. Other considerations usually come a distant second, but as crisis after crisis has historically shown, that’s not necessarily the best approach for governments. Expansion, at the expense of basic values, is not the best option for businesses either.

Chasing growth regardless of anything often leads to compromising important principles. When the states do it, they usually distort market economy, resuscitate companies that under normal circumstances would simply go bankrupt, and create bubbles bound to burst at some point in the future. When businesses do it, they sometimes undermine their own industry for the sake of short-term survival or gains. Since the 2008 financial crisis, catalyzing and maintaining economic growth has been the focus of many political efforts. Governments and central banks on both sides of the Atlantic have applied an old recipe, cutting interest rates to unprecedented levels. On the backdrop of continuing macroeconomic uncertainty and tensions in international trade relations, it has so far failed to stimulate significant investment and GDP expansion, even when countries like Sweden and Japan went to below zero rates.

With continuing pressure from Donald Trump’s administration, expectations have been growing that a new interest rate cut may be announced in the United States. Maintaining that his institution is independent from the president’s administration in Washington, the Chairman of the Federal Reserve Jerome H. Powell revealed last week that the central bank is weighing whether another rate reduction will be necessary.

During a public address on Tuesday, Powell admitted the case for a new cut has strengthened, citing reemerging economic “crosscurrents,” increasing uncertainty with regards to slowing global trade flows and decreasing manufacturing indicators, all of which lead to renewed concerns about the prospects for the global economy. For now, the Fed is trying to properly asses if these uncertainties will continue to affect the overall outlook and warrant a policy change.

It is believed among mainstream economists that low interest rates stimulate inflation, credit, and consumption. It’s worth noting, however, that inflation in the U.S. hasn’t reached and held the 2% target announced by the Federal Reserve back in 2012. The indicator has been estimated at 1.5% for the year that ended April 2019. With persistent economic uncertainty, interest rates tending to zero have not catalyzed investment significantly. Instead, what these policies have mostly “achieved” is to inflate new bubbles. Property prices in many regions have skyrocketed in the last few years. Besides, not all bankers believe further rate cuts are helping the traditional economic and financial system. According to Jim Reid, global head of thematic research and credit strategy at Deutsche Bank, central banks have been overreacting. On Wednesday, commenting on Powell’s speech at a Council on Foreign Relations event in New York for CNBC, Reid noted BTC’s recent spike of 180% since April, stating:

If central banks are going to be this aggressive, then alternative currencies do start to become a bit more attractive.

Meanwhile, the Deputy Governor of the Central Bank of Russia, Vasily Pozdyshev, came out with another warning to the current financial system. During an international conference devoted to deposit insurance and bank liquidity, Pozdyshev said the development of digital financial technologies, including cryptocurrencies, may negatively affect the financial condition of traditional banks. In his words, regulators cannot afford a failure to respond to the growth of the fintech industry and the use of new technologies by large companies as this creates a threat to the banking sector.

The high-level representative of the Russian central bank believes 2019 is a turning point in the development of financial technology in the banking industry. “This year, the so-called bigtechs are seriously attacking the traditional banking model,” he stressed, elaborating:

A significant amount of small deposits will indeed go out of the deposit insurance system … I fully assume this may worsen the financial situation of banks and increase the likelihood of bankruptcy. No one has yet estimated the consequences.

What bankers like Reid and Pozdyshev are afraid of is that on one hand, failed government macroeconomic policies are pushing more people away from the banking system and towards alternative digital currencies. And on the other, that big tech corporations will take advantage of this trend at the expense of traditional financial institutions. These fears, echoed by politicians as well, were exacerbated significantly by the announcement of Facebook’s planned coin.

Snowden Slams Crypto Companies for Trying to Be Banks

Many, including Deutsche Bank’s Jim Reid, rightfully see the release of Libra’s whitepaper as another major reason for the latest crypto jump. And while the return to prices held over a year ago is definitely a positive sign, it’s worrisome that the interest of the general public towards decentralized cryptocurrencies is returning at a much slower pace. According to Google Trends, ‘Bitcoin’ searches are now at their highest for the year but still less than a third of the level reached back in December, 2017.

Although at this stage Libra looks more like a threat to government issued fiat currencies, as it does not share the permissionless and decentralized nature of most cryptocurrencies, certain developments within the industry might change that assertion. With more regulations, development of traditional-style crypto banking services and increasing efforts of major players to become part of the financial mainstream, some of the core strengths of cryptocurrencies are being ignored. At the same time, Binance and Shapeshift have already indicated their intentions to list Libra, even before it’s been minted. In a video address during the recent Bitcoin 2019 conference, former NSA analyst Edward Snowden noted that he considers the lack of privacy to be an existential threat to Bitcoin. Speaking about regulations in the crypto space, he commented on the excessive expectations of authorities and insisted that platforms such as cryptocurrency exchanges should defend the privacy of their users instead of exposing them, closing their accounts and freezing their funds.

The famous whistleblower shared his disapproval of how established crypto companies have consented to comply with government requirements regarding the collection of personal data which moves them closer to the status quo. He also criticized the big players for not lobbying hard enough for more favorable jurisdictions that would allow them to operate without interference. In his words, they are instead trying to fit in the current model and be the next big bank, while the world doesn’t need more banks.

Instead of exploiting the advantages of cryptocurrencies, many wannabe banks in the crypto industry have started offering more custodial and centralized banking services and products like crypto deposits, for example. The levels of compliance with various regulations sometimes far exceed the standards applied by ordinary banks. Seeking short-term survival, approval from authorities or growth as an end in itself, some platforms have compromised basic principles of the crypto ecosphere such as private peer-to-peer interaction. Thankfully, alternatives have emerged.

Do you think the crypto industry should focus on providing services that build on the unique features of cryptocurrencies instead of trying to fit in the traditional financial system? Share your thoughts on the subject in the comments section below.

The post Side Effects of Economic Growth: Is Snowden Right to Say Bitcoiners Shouldn’t Be Bankers? appeared first on Bitcoin News.